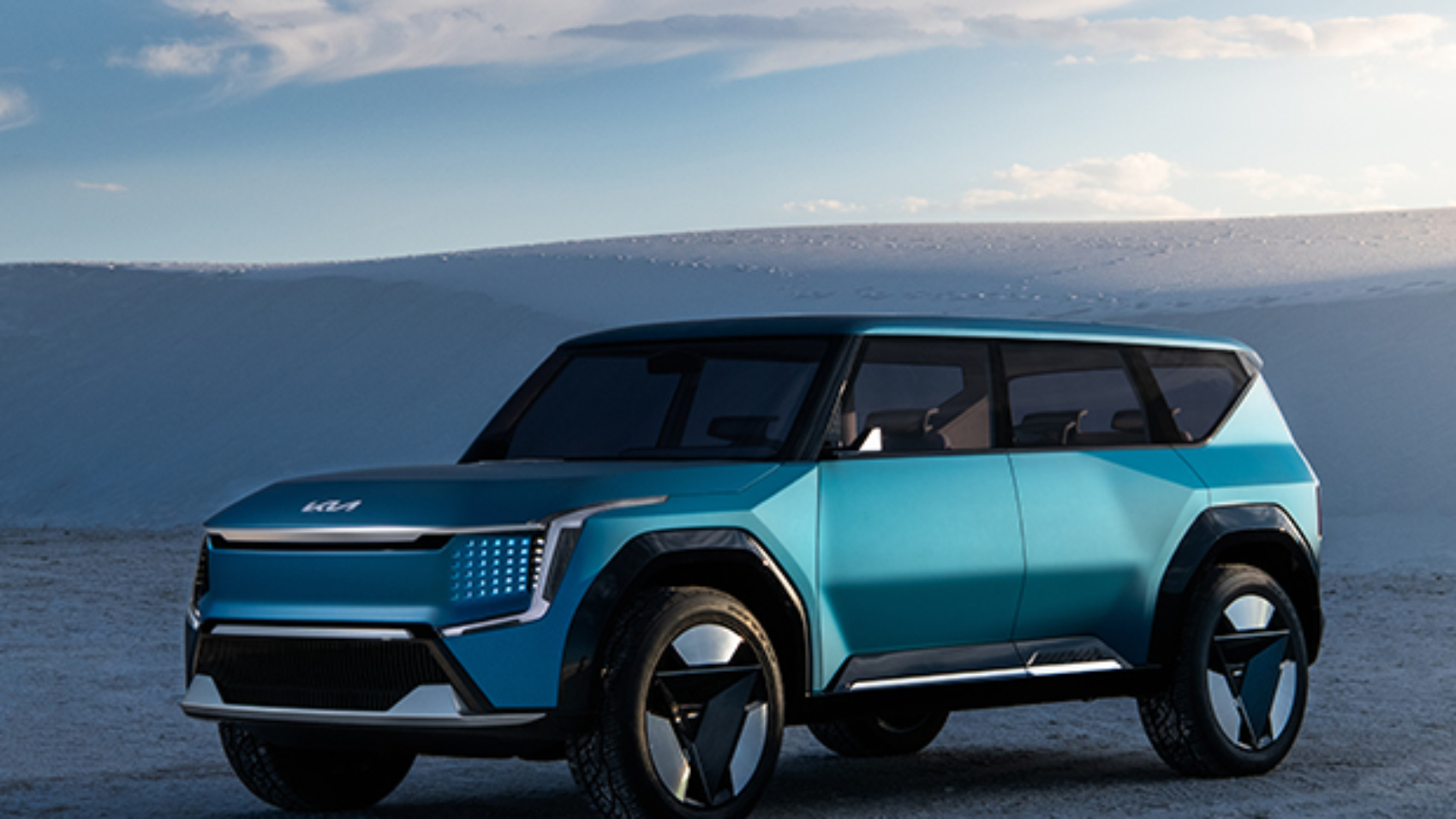 Following a lengthy teaser campaign, Kia has finally taken the wraps off the Concept EV9 at the 2021 Los Angeles Auto Show. Boxy and large, the large SUV with angular styling looks imposing from all angles and foretells what will likely be the largest model from the South Korean brand to ride on the E-GMP platform. Needless to say, the production version will be positioned above the low-slung EV6 introduced earlier this year. 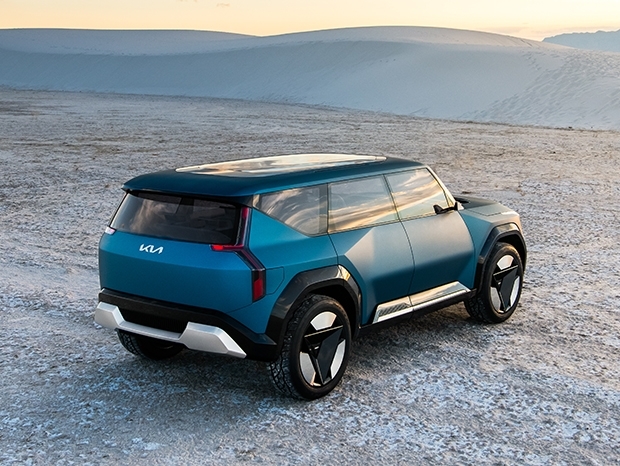 The concept car features a massive panoramic glass roof to make the cabin feel even more spacious than it already is. Speaking of the cabin, it’s home to a massive 27-inch display occupying the better part of the dashboard where there are a few touch-sensitive controls providing quick access to several functions. The three-row interior can be configured by choosing from Active, Pause, and Enjoy modes.

When Active mode is turned on, the Kia Concept EV9 is on the move and the cabin remains in its conventional configuration, while the other two modes work only when the electric SUV is not in motion. Pause mode transforms the cabin into a “first-class lounge” with seats that switch around, allowing those sitting on the first and third rows to face each other while the row in the middle becomes a table. 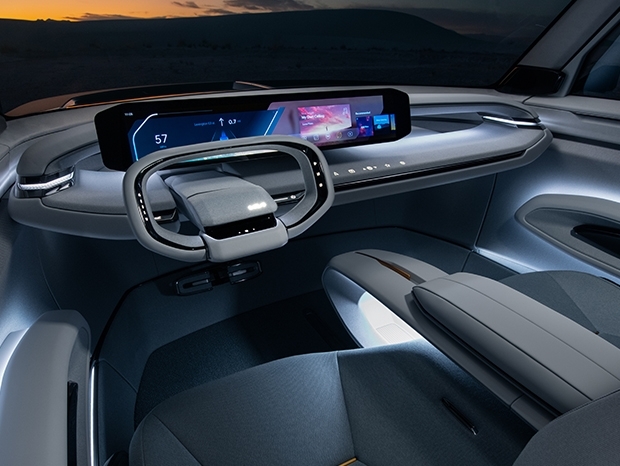 As for the Enjoy mode, the interior morphs into a “downtime breakout space” as it turns around the three rows of seats and opens the tailgate to allow those sitting inside to check out the outdoors. Sustainable and ecological materials have been used throughout the cabin, including vegan leather as well as recycled plastic bottles and recycled wool fibers.

It’s unclear when the road-going model will arrive, but we’d wager the Kia Concept EV9 will morph into a production model before 2025. 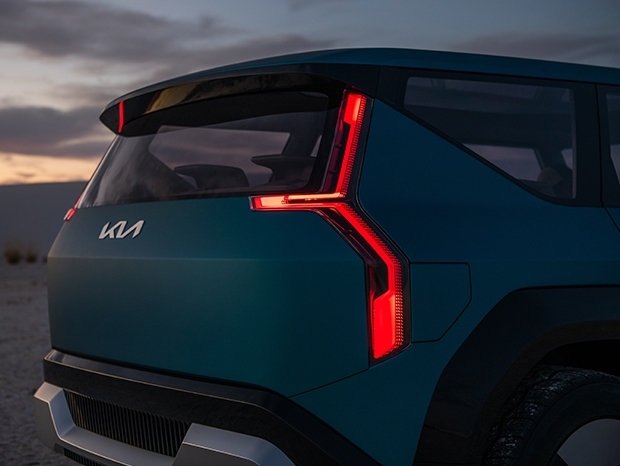 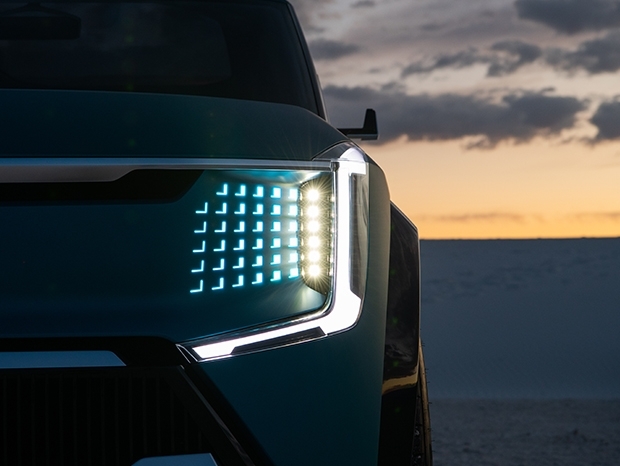 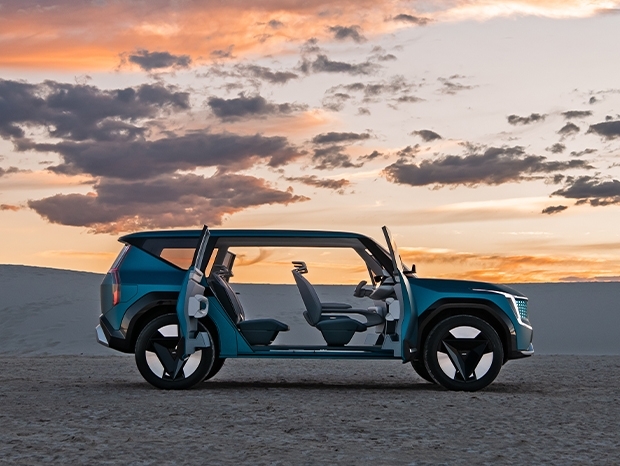 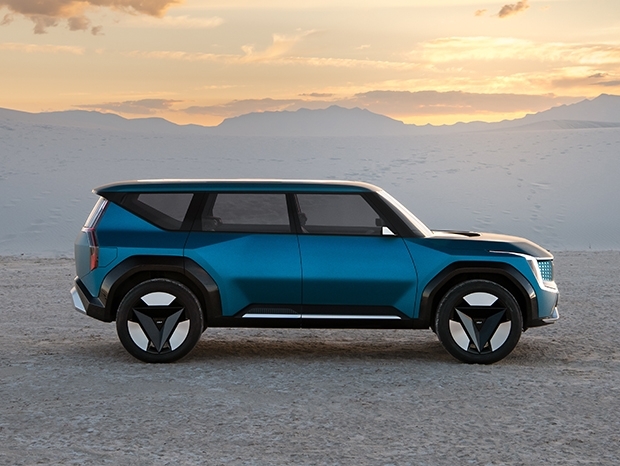 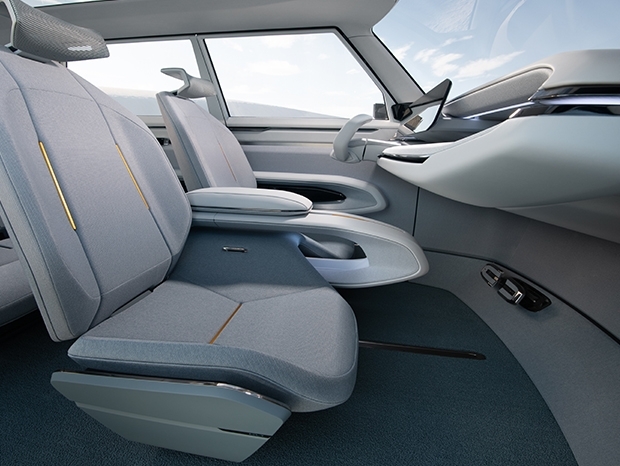 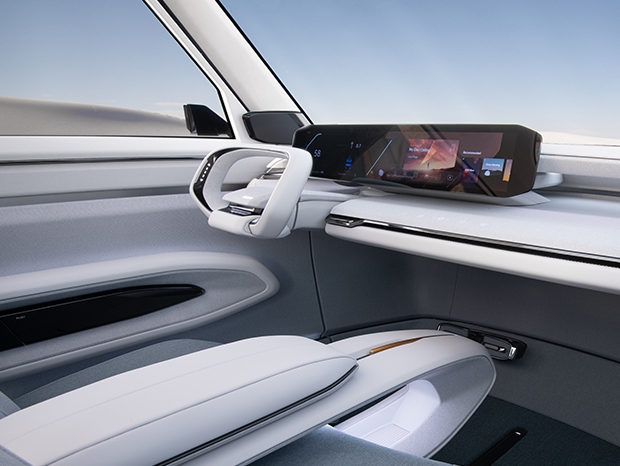 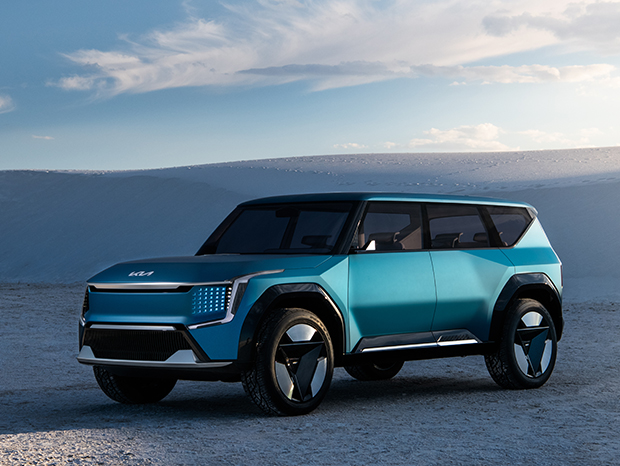