VIDEO: BMW i4 vs Tesla Model 3

BMW will sort of shrug off notions of the i4 taking on the Tesla Model 3 directly, as the Bavarians tend not to think of Tesla as a direct premium competitor. However, there’s no doubt that the i4’s main competitor is the uber-popular Tesla. Which is why the BMW i4 eDrive40 M Sport takes on the Tesla Model 3 Long Range in this recent comparison test from Electrifying.

However, the two cars are remarkably well-matched. The BMW i4 eDrive40 M Sport uses an 80.7 kWh battery pack, has a WLTP-rated range of 365 miles, and reaches 62 mph in 5.7 seconds. While the Tesla Model 3 has a 75 kWh battery, gets 374 miles of WLTP-rated range, and hits 62 mph in 4.2 seconds. Both cars are also priced under £52,000. The Tesla does come with all-wheel drive, versus the i4’s rear-wheel drive, though, so there might be some more value there for customers that live in harsh winter climates.

See also  Tesla Model 3 - TEST DRIVE and REVIEW - Is This The Best EV? 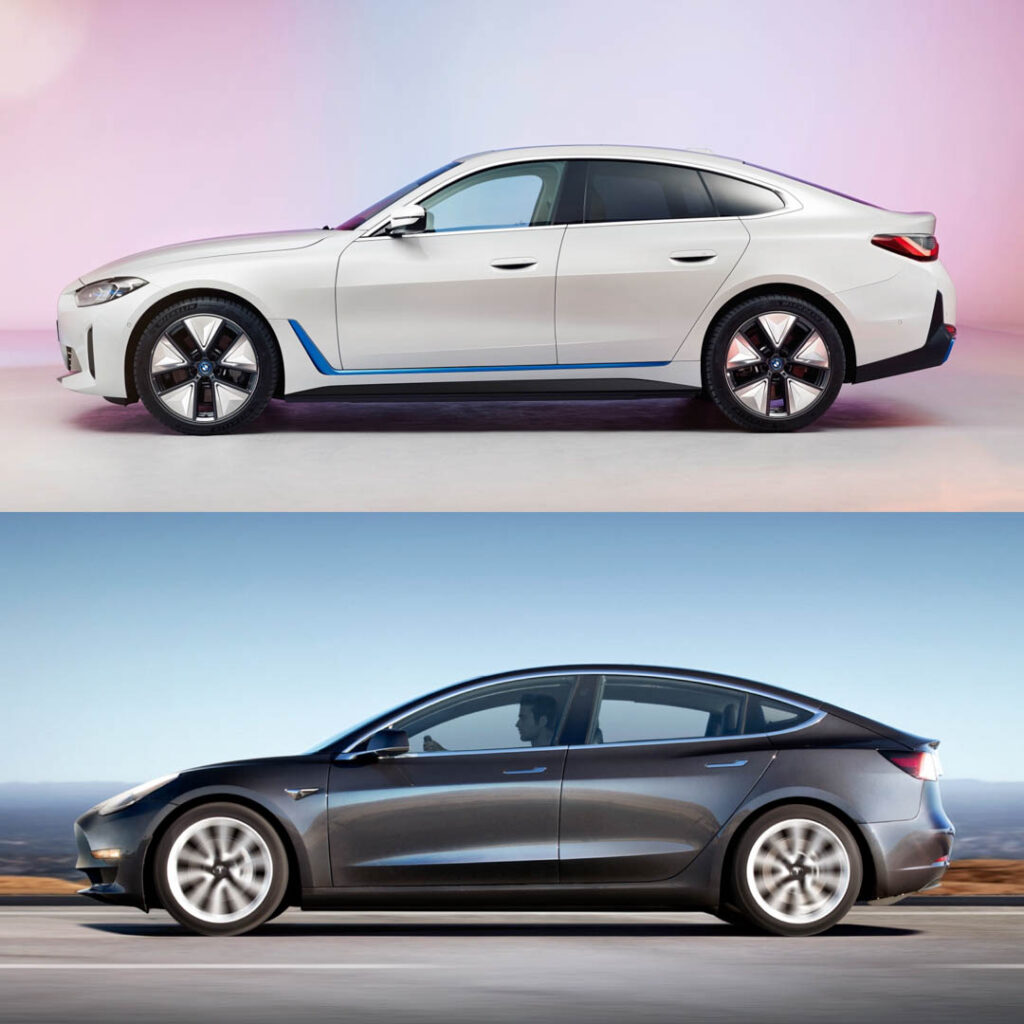 Both cars have their strengths and weaknesses. The Tesla is a bit more tech-forward, with its massive screen and farts-on-demand, while also being quicker, and more efficient. However, the BMW i4 is far more comfortable, more refined, and more practical. Plus, the i4’s interior is better and it’s more fun to drive. On the flip side, Tesla’s Supercharger network is more convenient to use and far more extensive than any other charge network.

No question, both cars are excellent EV sedans that are both quick, fun to drive, and boast enough range to be used everyday. However, there needs to be one winner in this video and it might be a controversial one. Helmets are probably a good idea…