The BMW i4 electric car was modified by AC Schnitzer for the “Tune It! Safe!” initiative. Supported by the Federal Ministry of Transport and Digital Infrastructure Germany, the nationwide campaign puts the spotlight on modifying cars in a safe way while fully respecting regulations. For the eighth time, AC Schnitzer is a promoter of the initiative by preparing a customized version of BMW’s electric gran tourer. On display at the 2022 Essen Motor Show, the tricked-out i4 boasts a police car signaling system from Hella and a Foliatec wrap to mimic the look of an actual vehicle used by the German authorities. 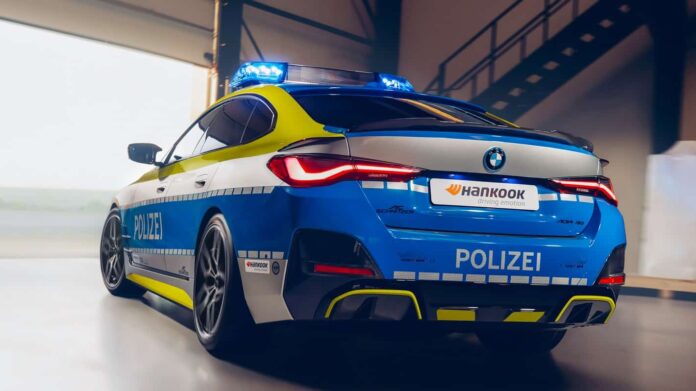 AC Schnitzer decided to go with the BMW i4 M50 and change its wheels for a custom 20-inch set with Hankook Ventus S1 evo 3 tires measuring 255/35 R20 front and 265/35 R20 rear. AC Schnitzer lowered the i4’s suspension by 25 millimeters (one inch) at both axles by fitting an aftermarket spring kit. A comprehensive aerodynamic package encompasses a beefier front spoiler with an added splitter and canards.

See also  2021 IAA: The Mercedes-Benz EQG is an All-Electric Off-Roader 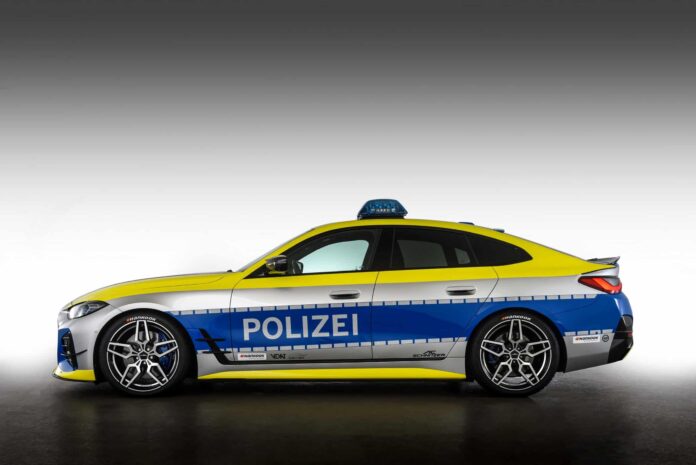 The BMW i4 M50 “police car” also has a carbon spoiler on the tailgate along with a plastic roof edge spoiler. Next, AC Schnitzer fitted winglets on the rear fenders, above the taillights, to create a visual connection with the spoiler. A rear skirt protection film rounds off the changes on the outside. The changes on the inside are limited to the tuner’s aluminum pedal set with footrest, along with a custom cover for the iDrive controller and keyholder made from the same material.

Below, you can see a full gallery of the car. [Source: AC Schnitzer]