As more plug-in hybrid and electric sports cars are coming to the market, new rankings pop-up every day. If the traditional supercars stand out with their loud and aggressive exhausts, the electric sports cars and hybrids impress us with their design, raw power and instant acceleration. From mainstream automakers to niche car makers and boutique factories, this new car market is growing year-over-year.

Therefore, we wanted to take a look at some of the best and most exciting plug-in hybrid and electric sports cars you can buy today. We took into consideration things like batteries, electric motors, drivetrains and regenerative braking. Of course, the car design and in-cabin tech play an important role as well. 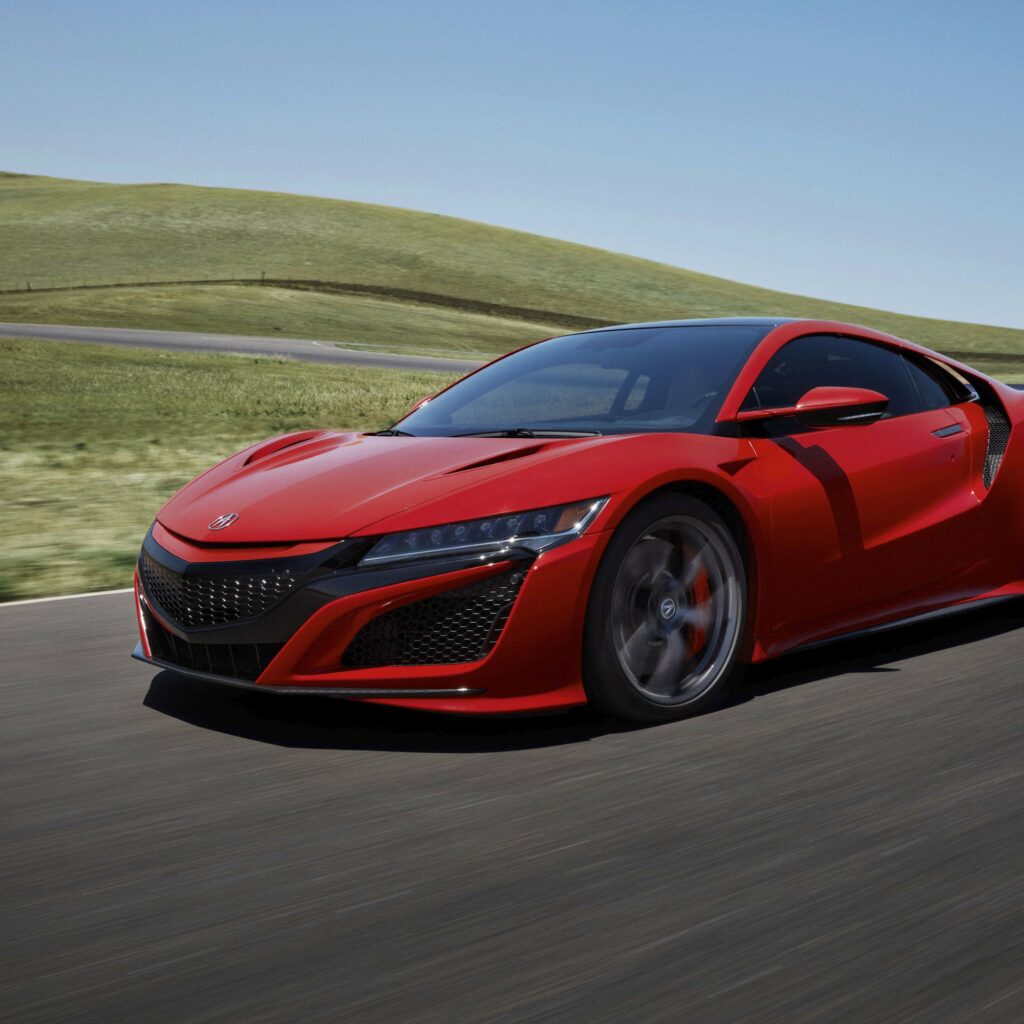 It turns out that Honda has been planning an NSX successor for some time but couldn’t get the formula right. However, it seems that Honda has figured out exactly the right formula and the NSX is back and it has its eyes set squarely at Ferrari, Porsche, McLaren and even BMW.

The new Acura NSX is a plug-in hybrid sports car using a mid-mounted twin-turbocharged V6 engine engine, combined with an electric motor, to power the rear wheels through a nine-speed dual-clutch transmission. The front wheels are powered by two electric motors, one for each wheel. Combined, the Acura NSX puts out a total of 573 hp and 476 lb-ft of torque, which is up there with the Ferrari 458 Italia and Audi R8 V10, two cars that Acura set its sights on during development. 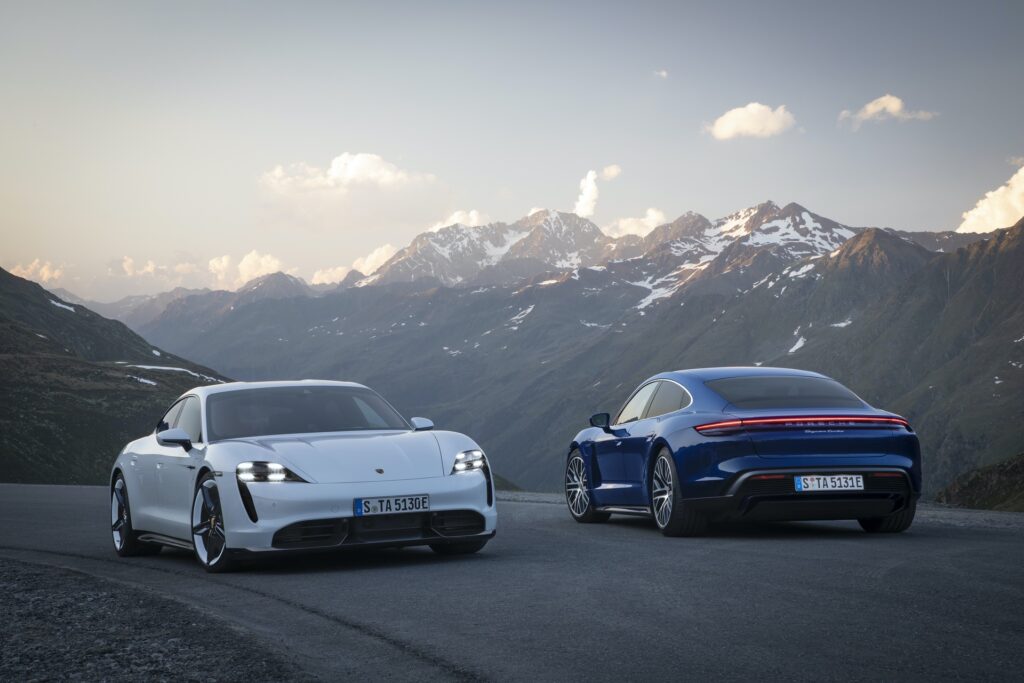 The all-new Porsche Taycan (pronounced tie-kahn) has just made its long-awaited debut, after stunning the world more than a year ago with its Mission E Concept. Now that it’s finally here, we get to learn how the Stuttgart brand is going to steal everyone’s lunch. As with most high-performance EVs, Porsche is launching the two top-of-the-line Taycan models; the Turbo and Turbo S.

The Porsche Taycan Turbo and Turbo S are both incredibly fast EV sedans designed to take on the Tesla Model S P90D and P100D, respectively. The “standard” Taycan Turbo makes a whopping 670 peak hp and 626 lb-ft of torque from its dual electric motors. While the more powerful Taycan Turbo S makes an astonishing 750 peak hp and 774 lb-ft of torque. It’s said that 0-60 mph will take 2.6 seconds for the Turbo S but expect it to be a touch quicker than that in reality, as all German car companies underrate their performance figures. That’s also about in line with the Model S P100D.

In fact, both of those peak power figures can only be used for 2.5 seconds, after which they drop to 616 hp for 10 more seconds. After that, power drops off a bit more but by that time you’re at very license-losing speed. In fact, they just tested the Porsche Taycan by launching it from 0-90-0 mph in 10.7 seconds. So after 12.5 seconds of continuous acceleration, the Taycan will be well over triple-digit speeds. Its top speed is 162 mph. 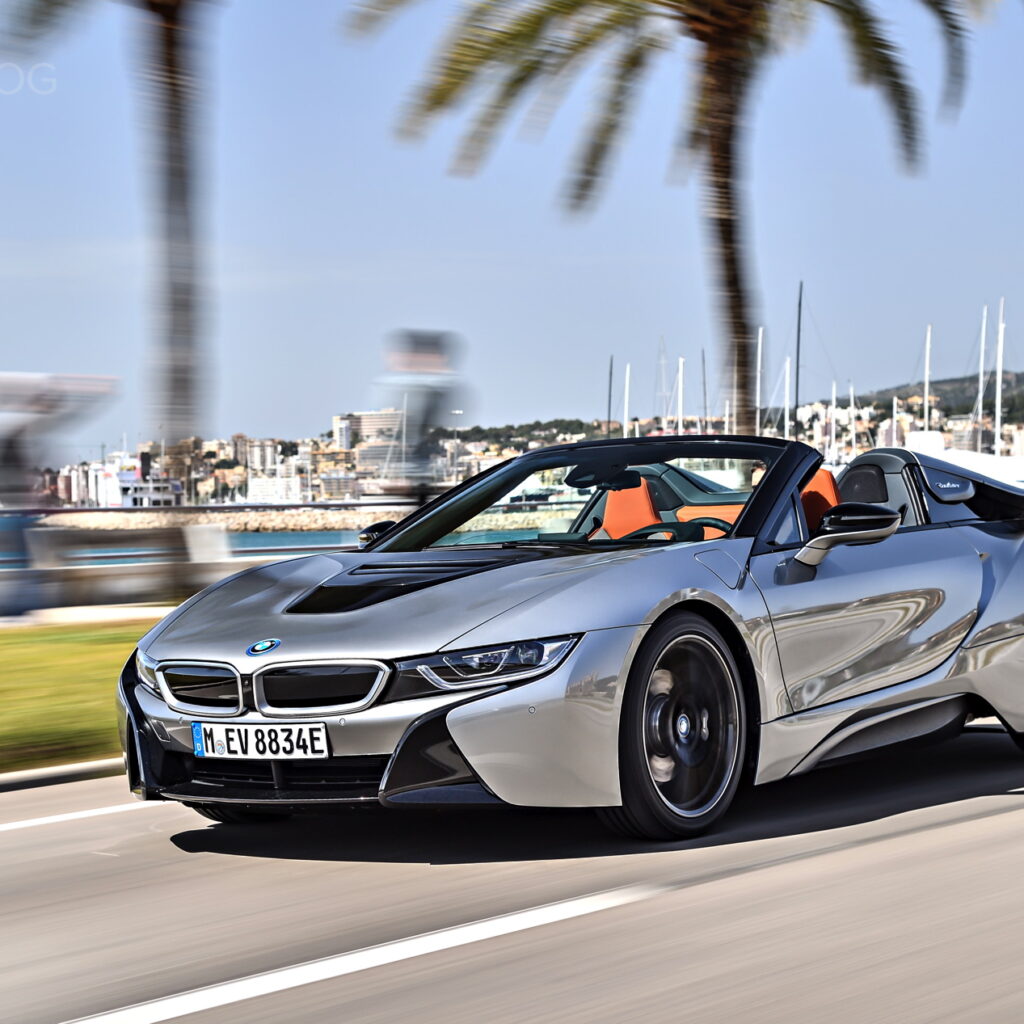 BMW’s hybrid sports car is a marvelous piece of engineering. It’s made almost completely of carbon fiber and has one of the most exquisite designs in the car marketplace. The hybrid sports car is an instant head-turner wherever it goes and its unmistakable looks have built a cult among the enthusiasts.

The i8 uses both an internal combustion engine and an electric unit to get you moving. On the front axle you get an electric motor making 131 PS and 184 lb-ft (250 Nm) of torque whose sole job is to power the front wheels and, eventually, take you around town emissions free.

On the rear axle you’ll find a 231 PS and 236 lb-ft (320 Nm) 1.5-liter 3-cylinder turbocharged engine that is responsible for the more fun part of the game. It is connected to a 6-speed automatic gearbox and only powers the rear wheels. However, the engineers made sure the two can work together, combining the 6-speed gearbox  of the internal combustion engine to the 2-speed one of the electric motor, offering the car up to 362 PS and 420 lb-ft (570 Nm) of torque when needed.

Furthermore, by doing so, they managed to create a car that can be both front-wheel drive and all-wheel drive as well as – for a short burst – rear-wheel drive.

Tesla’s Model S sedan with “Ludicrous Mode” has been timed going from zero to 60 mph in under 2.3 seconds. That’s an impressive figure in this ranking.  The Model S Performance produces 825 horsepower (615 kiloWatts) and 959 pound-feet (1,300 Newton-meters) torque, pulling its hefty 4,941 pounds (2,241 kilograms) of weight.

The 2020 Model S is now only available as a Long Range model with an EPA-estimated 373 miles of range.

The Lotus Evija is a limited production electric sports car to be manufactured by British automobile manufacturer Lotus. Codenamed “Type 130”, production of the Evija will be limited to 130 units. 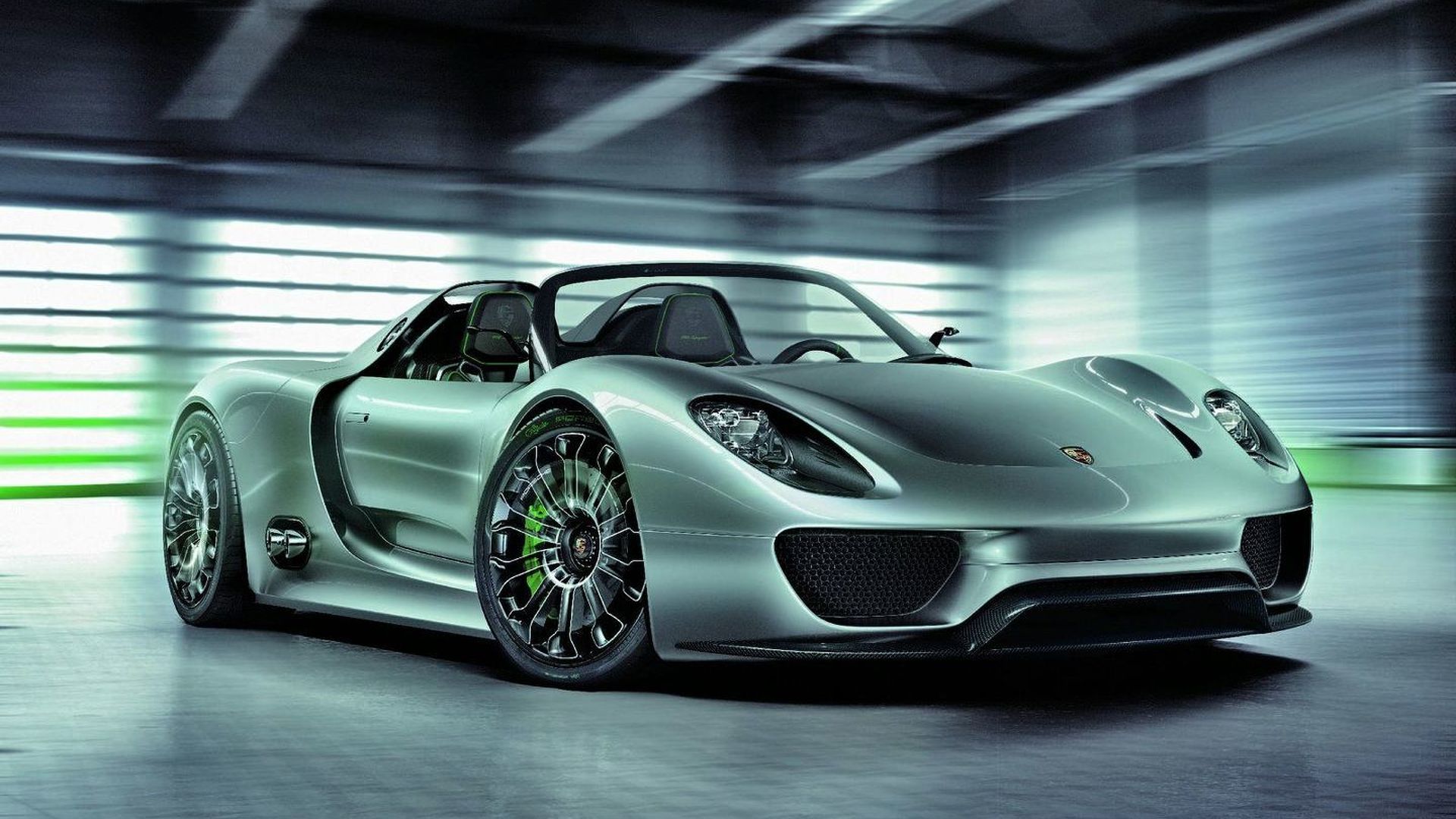 Porsche 918 Spyder benefits from the all-wheel drive setup and a four-wheel steering system.

According to Polestar, it isn’t a high-performance Volvo but its own car. Though, it’s built off of a Volvo chassis, wears a modified Volvo body and a tuned Volvo engine. So it’s sort of a Volvo. The rest of it, though, is all new.

Under the hood lies a tuned Volvo engine, which is a 2.0 liter turbocharged and supercharged four-cylinder engine. The supercharger adds boost at low revs, eliminating turbo lag, and then the turbo kicks in a mid-to-high revs to finish off the powerband. That engine powers the front wheels and two electric motors power the rear wheels. Plus, a third electric motor that acts as the starter motor and can add power as well. All combined, it makes 592 hp and 738 lb-ft of torque.

Polestar claims a 0-60 mph time of less than four seconds.