Mazda joins the EV fight with the new MX-30 crossover

Mazda decided to celebrate its 100th anniversary by releasing on the market a car that is going to be extremely important for the future of the brand. The new Mazda MX-30 establishes the brand’s entry into the world of electric cars and it does that thanks to a compact SUV that takes the aspect of the Mazda CX-30 and merges it with some coupe-like shapes coming from the Mazda 3.

Do the rear doors remind you of the BMW i3? Sadly, they do. Mazda calls them “the freestyle doors”, but they are simply doors that open backwards and we all know how uncomfortable they can be. And yes, you need to open the front doors first to access the rear entry. 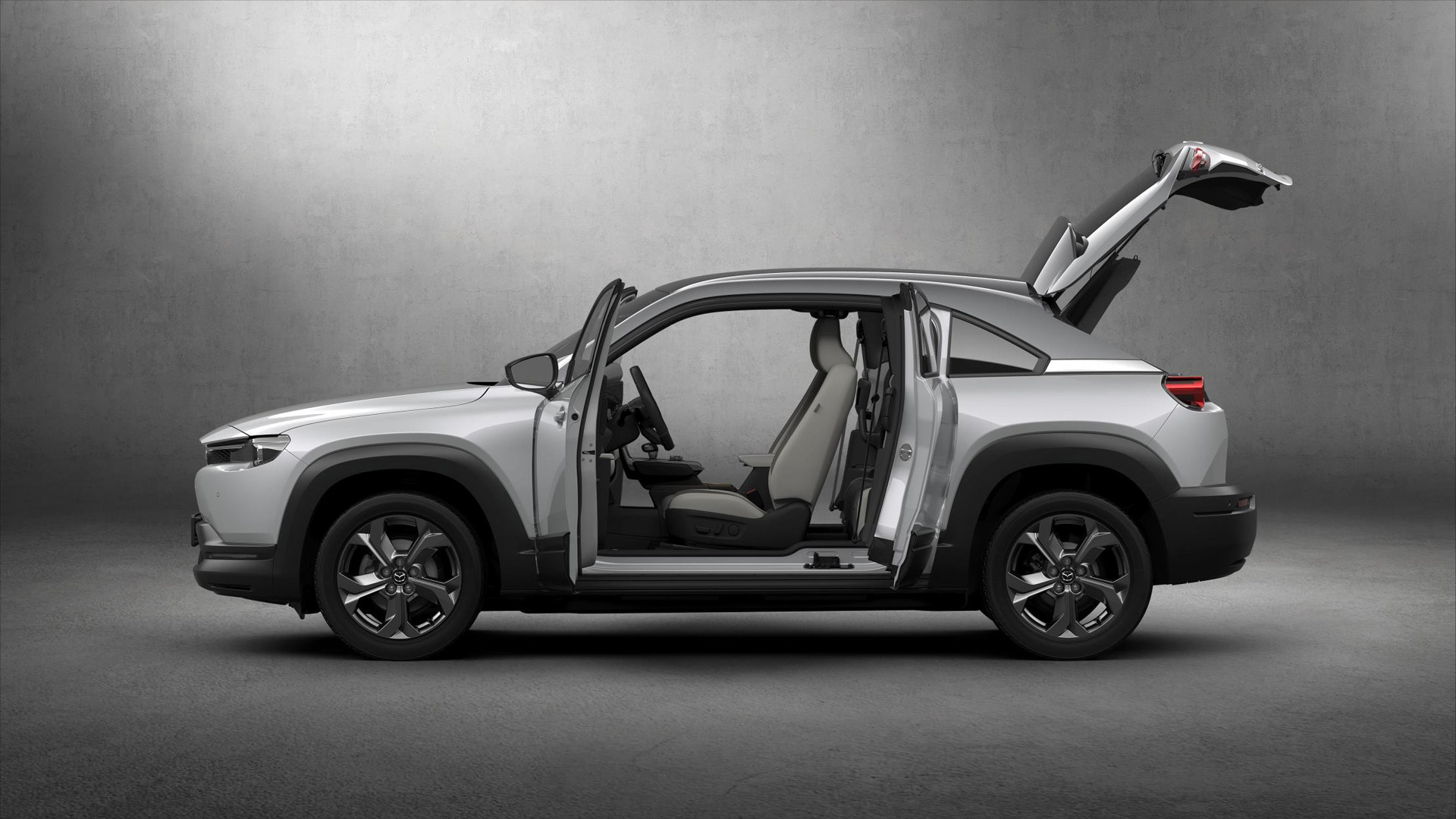 The cabin is actually pretty good. The new Mazda Mx-30 has a modern, stylish design focused on the driver and all of the materials are 100% eco-friendly, like fibers from recycled plastic bottles or the bark of trees obtained without cutting them down.

The central “floating” console is composed by two display – one for the infotainment system and one for the air conditioning, while the driver can count on a windscreen projecting head-up display. 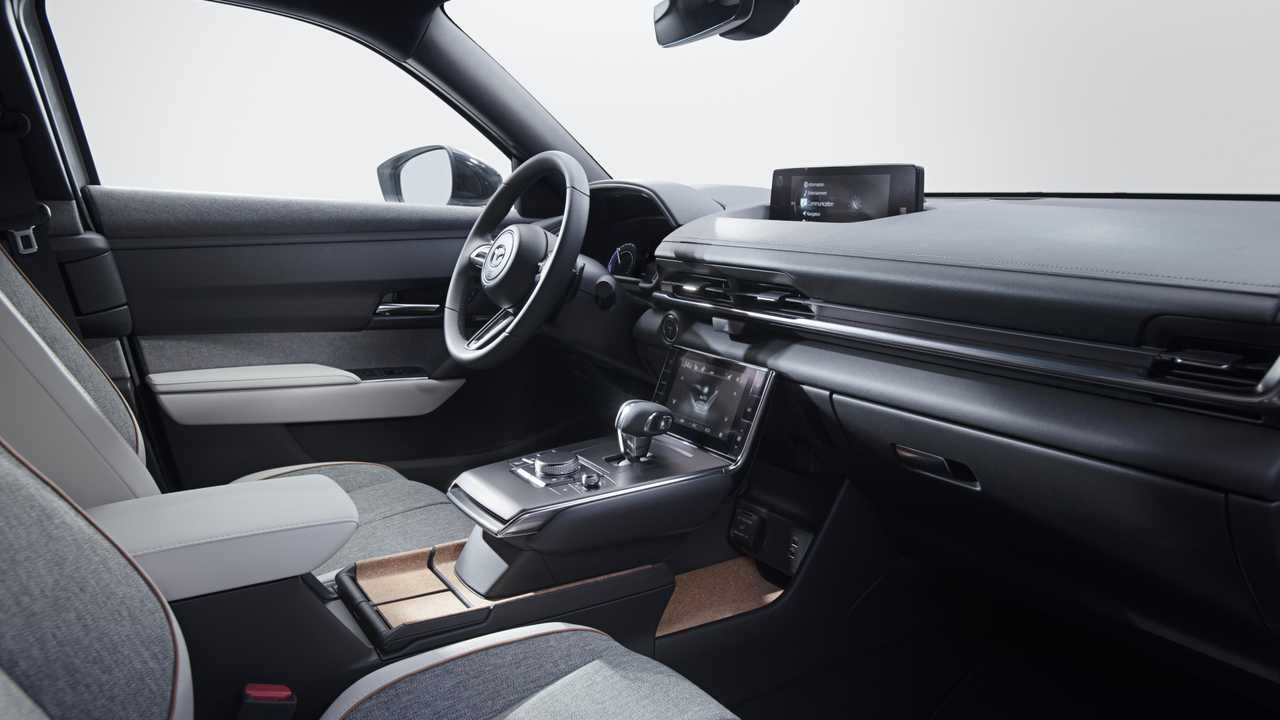 Mazda prepared a special edition to celebrate the launch of the first 100% electric vehicle in its catalogue. This limited version is called “Launch Edition” and the price starts from €34.900 (In UK, the cost is £26,995 inclusive of the OLEV grant.).

The standard equipments are the real strength of the MX-30, because they include 18’’ wheels, adaptive cruise control, adaptive full-LED frontlights and much more. 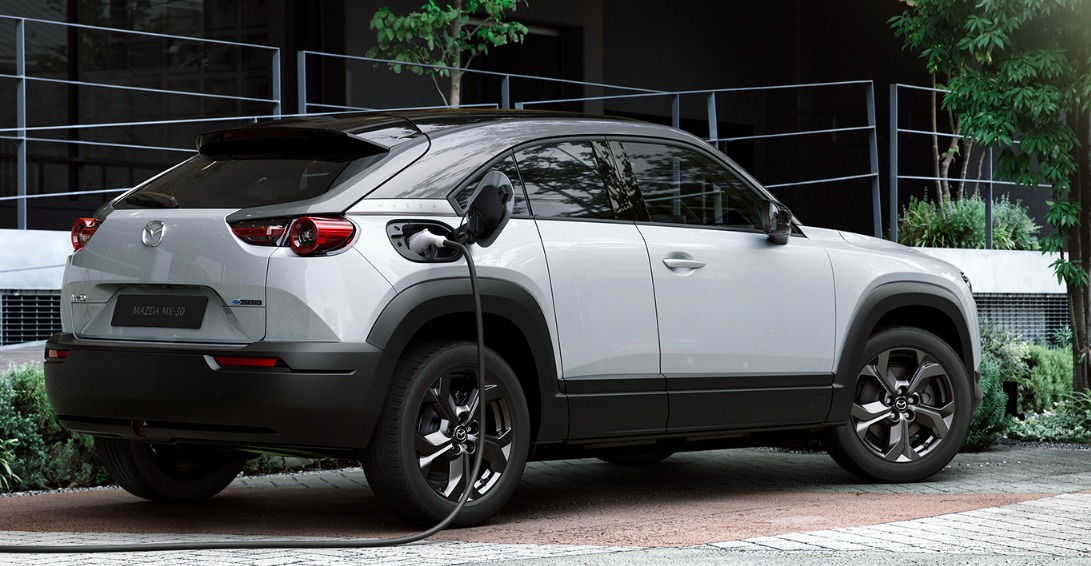 In general, you should be able to buy your new Mazda MX-30 without paying a single penny for optional equipment, which is great.

I think that the new Mazda Mx-30 is an ambitious car that tries hard to be different from the rest of the competitors by offering an interesting, original design and a great standard equipment for its price.

But, it fails to offer the most important thing that an electric vehicle MUST have to conquer the customers: a decent range. 200 km are less than what a MINI Cooper SE can offer for the same price and it’s a lot less than what the new Bavarian electric SUV, the BMW iX3, is going to offer.

If you fell in love with the new Mazda MX-30, it might actually be a good choice for a second car, but for the rest of you: look for something else.

Previous articleMINI Cooper SE – The First Electric Vehicle You Should Try In Your Life
Next articleTEST DRIVE: Hyundai Kona – Best bang/buck ratio in an EV