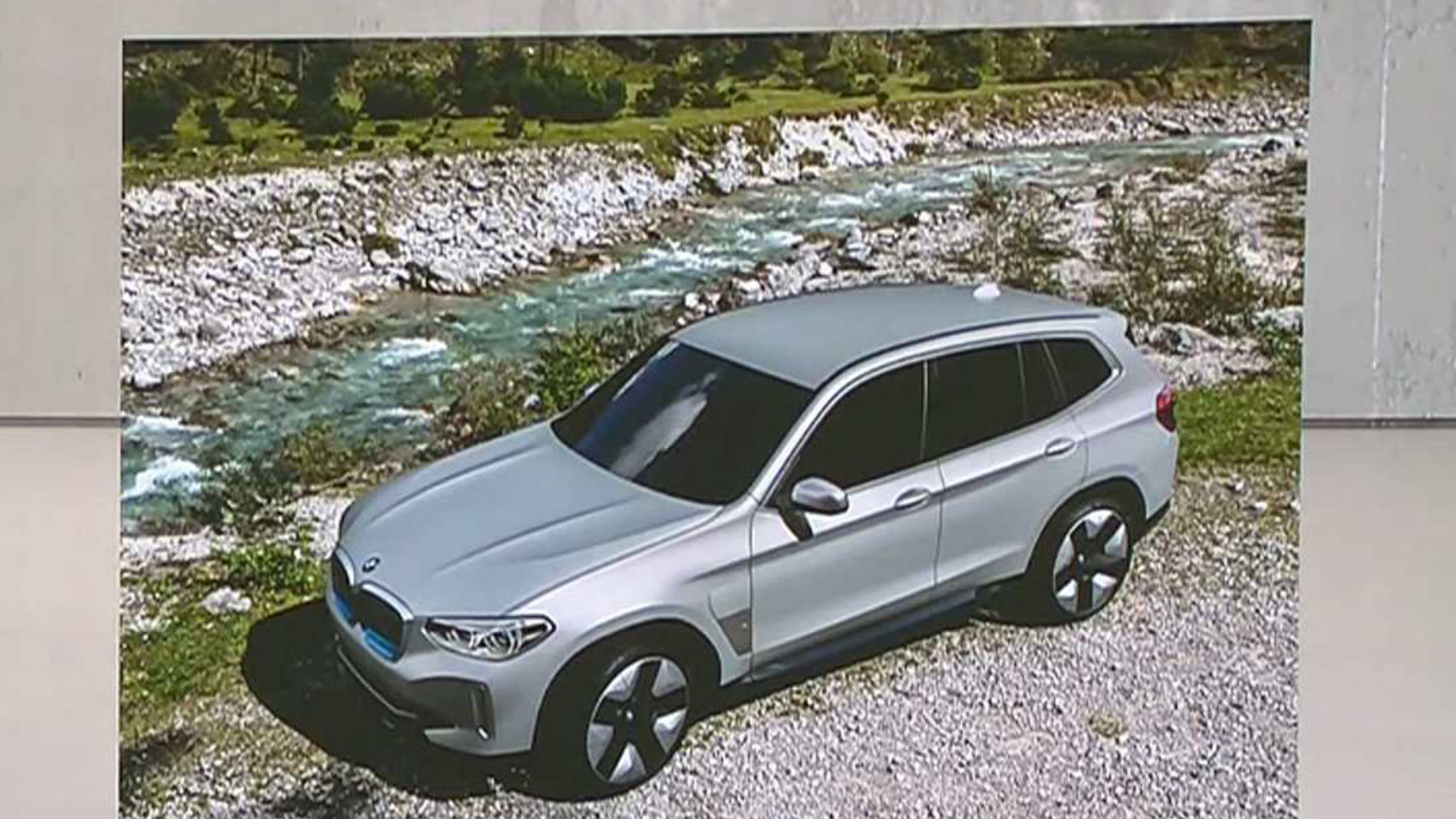 During the presentation of the new BMW Concept i4, Oliver Zipse, BMW CEO, has also given us an early view of the BMW iX3. The all-electric SUV will arrive this year and the top view show us some of its design features. One thing that immediately stands out is the kidney grille. Compared to the Concept iX3, the production model has a new kidney grille. This closely follows the look of the conventionally-powered X3 models, but still making the iX3 clearly recognizable as a member of the BMW i family.

According to a previous press release, the new BMW iX3 will have a range of more than 440 km measured on the WLTP test. The range is achieved thanks to a battery pack of 74 kWh. The first fully-electric SUV uses the fifth generation, which, starting 2021, will also be deployed in the BMW i4 and the BMW iNEXT. The electric motor featured in the BMW iX3 delivers a maximum power output of 210 kW/286 hp and a torque of 400 Nm. The electric motor used in the BMW iX3 transfers power to the rear wheels, therefore, the all-wheel drive xDrive will not be available. At least at the market launch.

An all-wheel drive variant is likely to appear in the future.

The high-voltage battery unit is based on the latest evolution in NMC-811 technology. Compared to former technology used by BMW Group, the gravimetric energy density on cell level in the BMW iX3 is around 20 percent higher. The battery pack in the BMW iX3 is installed in an extremely flat position in the vehicle floor.

BMW has not released the charging time, but our sources mention a 150 kW charging capability. Therefore, the BMW iX3 won’t leave you stranded for hours while you sit around, waiting for it to charge. With 150 kW, it’s said that it can charge 80 percent in just 30 minutes.

The BMW iX3 will celebrate its market launch at the end of 2020, but due to the production in China and the long shipping times, the first customers will not get their cars until early 2021.