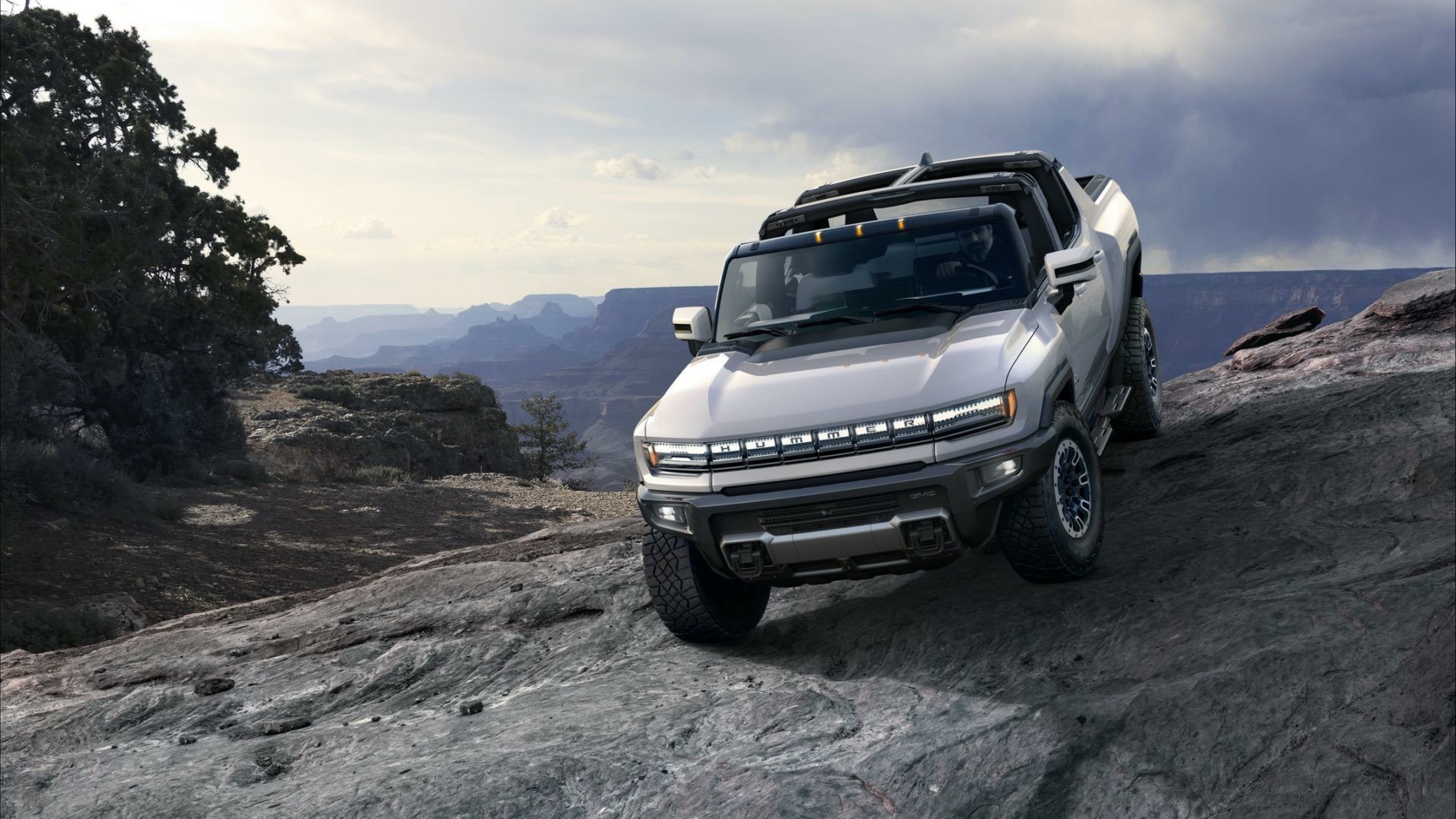 General Motors hired LeBron James to serve as the main celebrity ambassador for the GMC Hummer EV, originally starring in last year’s Super Bowl ad. The 36-year-old basketball player was given the opportunity to get up close and personal with the static model, so unfortunately there’s no driving footage available in the video below. It’s worth mentioning several YouTubers have already checked out the very same static model, and it looks like it was LeBron’s turn to do a walkaround video.

It goes without saying he’s quite impressed by the GMC Hummer EV, even though the vehicle we’re seeing is far from being the actual production model. The Ohio-born basketball player goes through some of the electric truck’s highlights, including the Crab Mode (four-wheel steering) and the 0 to 60 mph acceleration in three seconds flat.

It doesn’t come as a surprise LeBron suggests he’s going to get the “world’s first all-electric supertruck” as it has been described by GMC. It would make sense for the LA Lakers player to go for the Edition 1 with all the bells and whistles, which carries a steep asking price of $112,595. In exchange, buyers will be rewarded with a tri-motor setup with 1,000 horsepower and a mountain-moving amount of torque.

The Hummer EV pickup truck will be followed by an SUV sibling we’re expecting to see very soon, possibly with LeBron once again helping GMC to promote the product. It would make sense to at least catch a glimpse of the Hummer SUV during Super Bowl LV scheduled to take place on February 7 unless there will be a change of plan due to the coronavirus pandemic.

The video tour was published on his son’s YouTube account, Bronny LIVE, and shot in a smartphone-friendly vertical format. The 2022 Hummer EV certainly looks the part, especially with the roof off and in this fully loaded specification. Meanwhile, GMC has kicked off winter testing to get everything ready for when the Edition 1 arrives this fall.