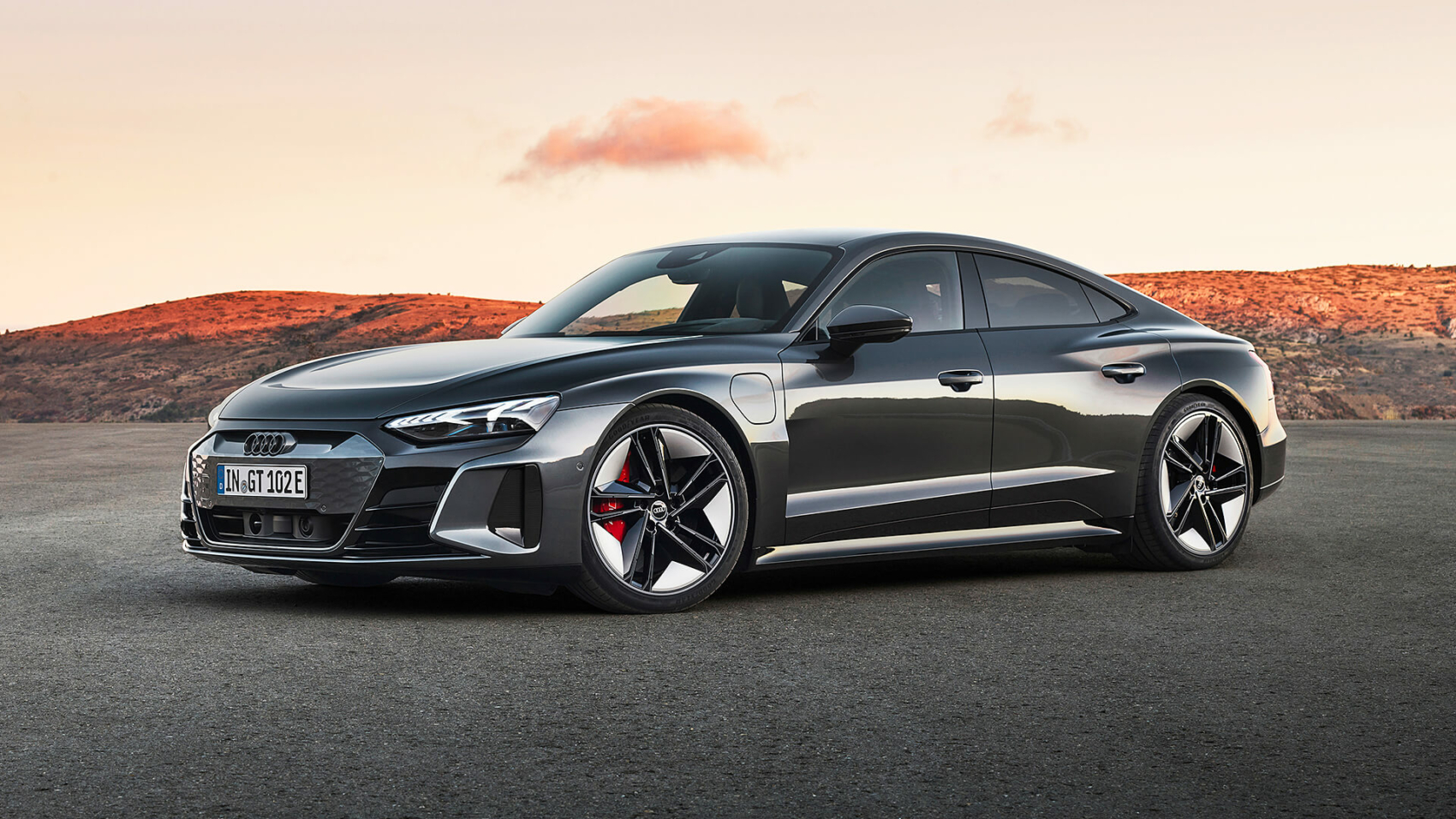 After what looked like an endless teaser campaign, Audi has finally introduced the 2022 E-Tron GT in production form. A sister model of the Porsche Taycan, the electric sedan looks nearly the same as the namesake concept car unveiled in November 2018 at the Los Angeles Auto Show. The swoopy four-door gran turismo has a drag coefficient of only 0.24 to improve efficiency, which is further boosted by the use of active aerodynamics. 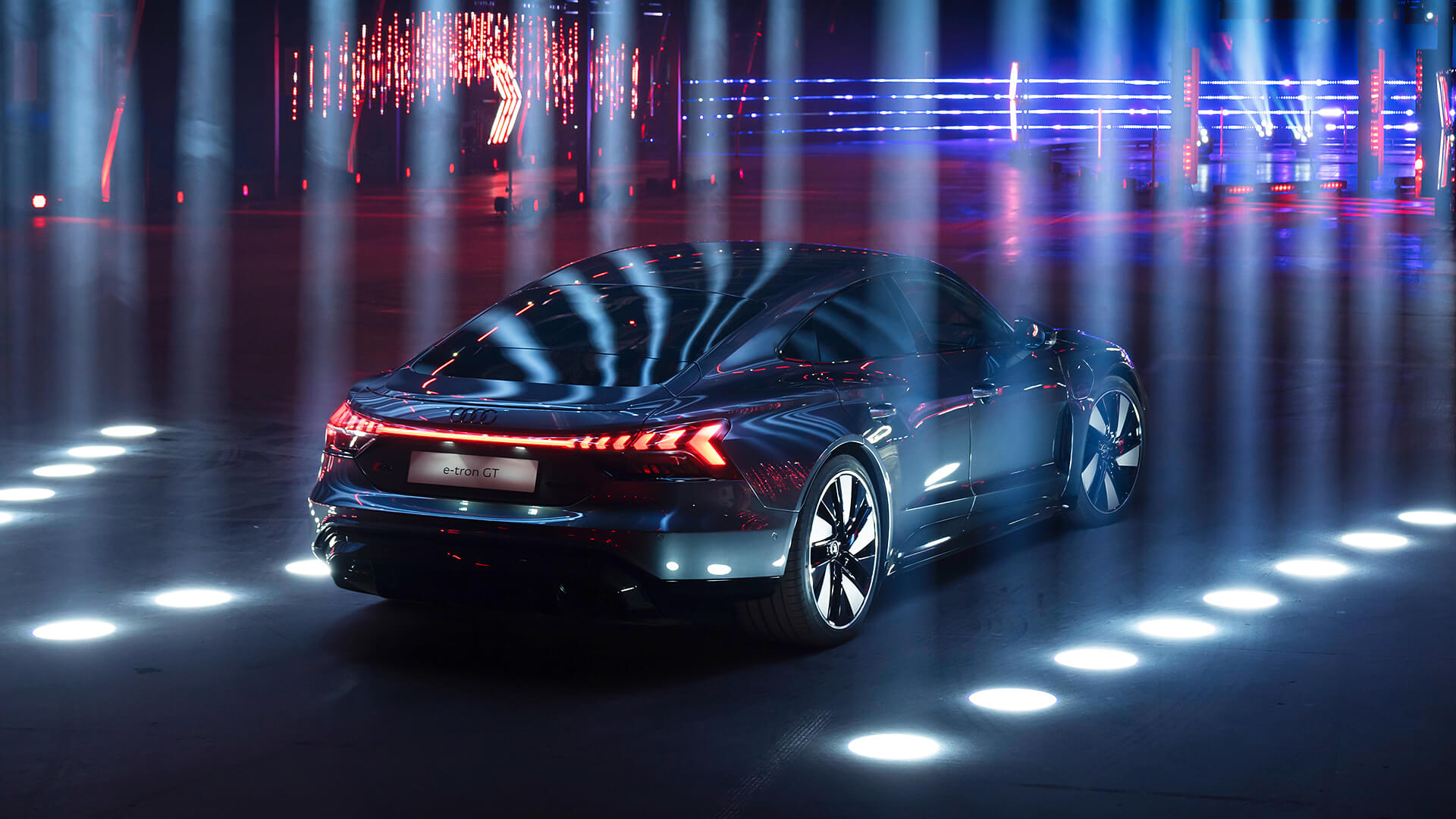 The sleek rear end accommodates a swanky LED light bar that features sequential light animations provided the E-Tron GT is equipped with laser headlights. Overall, it’s a great-looking car by combining the roofline of a coupe with the practicality of a four-door sedan with a decent-sized trunk. There are charging ports on both front fenders for ease of access, while the concept’s tiny mirrors have made way for a larger piece of glass. In addition, the transition to a production model has also brought traditional door handles.

If you’re wondering about its size, the first Audi EV with a flat-floor architecture is 4.99 meters (16.4 feet) long, 1.96 meters (6.4 feet) wide, and only 1.41 meters (4.6 feet) tall, while the cargo area offers a capacity of 405 liters (14.3 cubic feet) with the rear seats in place. Unsurprisingly, these measurements are in line with those of the Taycan as both sit on the same J1 platform. 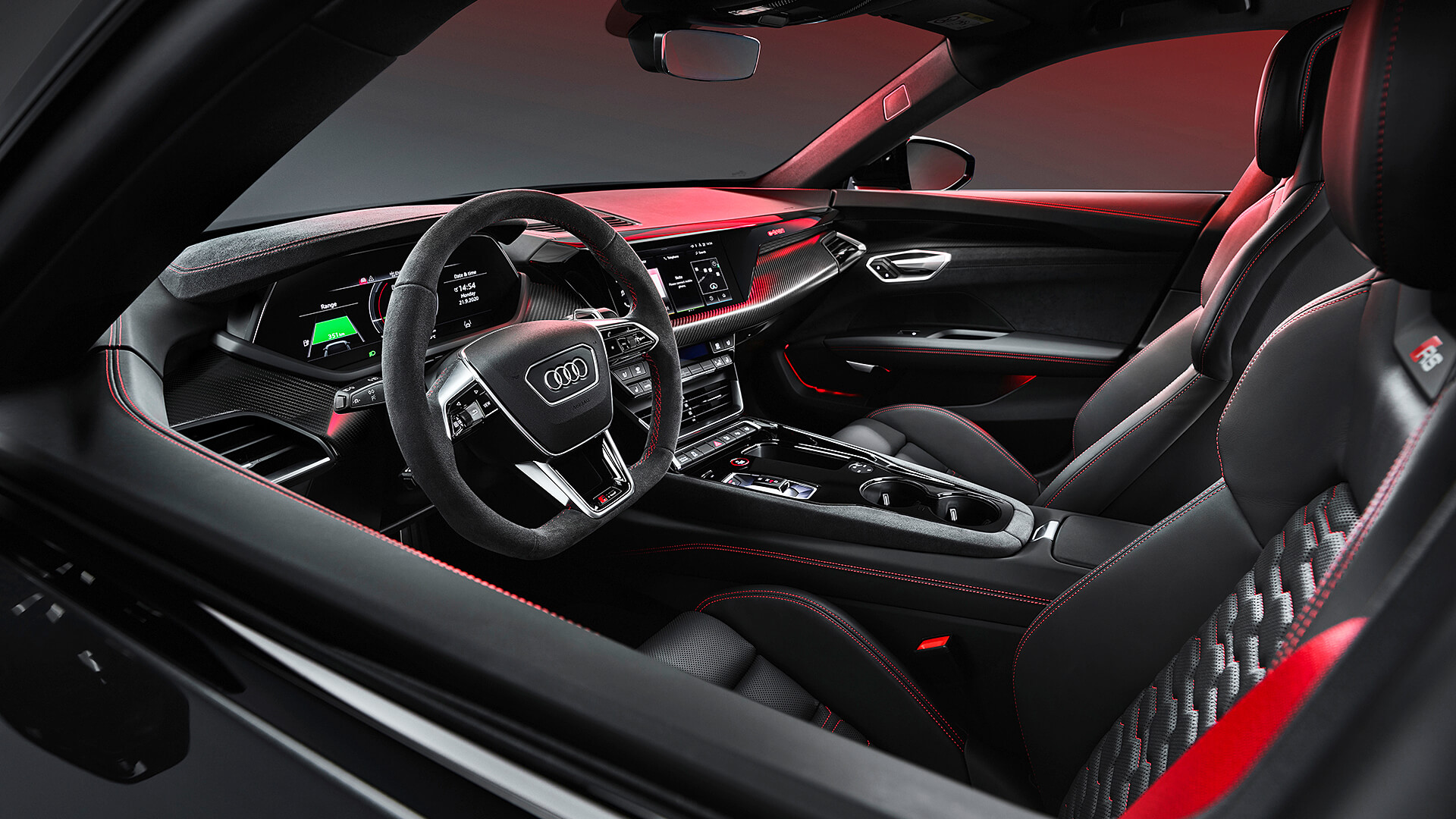 As far as the interior is concerned, it’s not as screen-heavy as the Porsche’s. There’s no optional display on the passenger side of the dashboard while the lower section of the center console doesn’t feature a massive vertical screen. Instead, the E-Tron GT has traditional controls for the climate settings, along with a conventional screen bar seen on other Audi models that have yet to switch to a touchscreen for the HVAC settings.

The digital instrument cluster measures the familiar 12.3-inch diagonal and is joined by the MMI Touch infotainment system stretching at 10.1 inches. An optional head-up display will be available, and so will be a high-end Bang & Olufsen sound system with 16 loudspeakers and 710 watts of power. 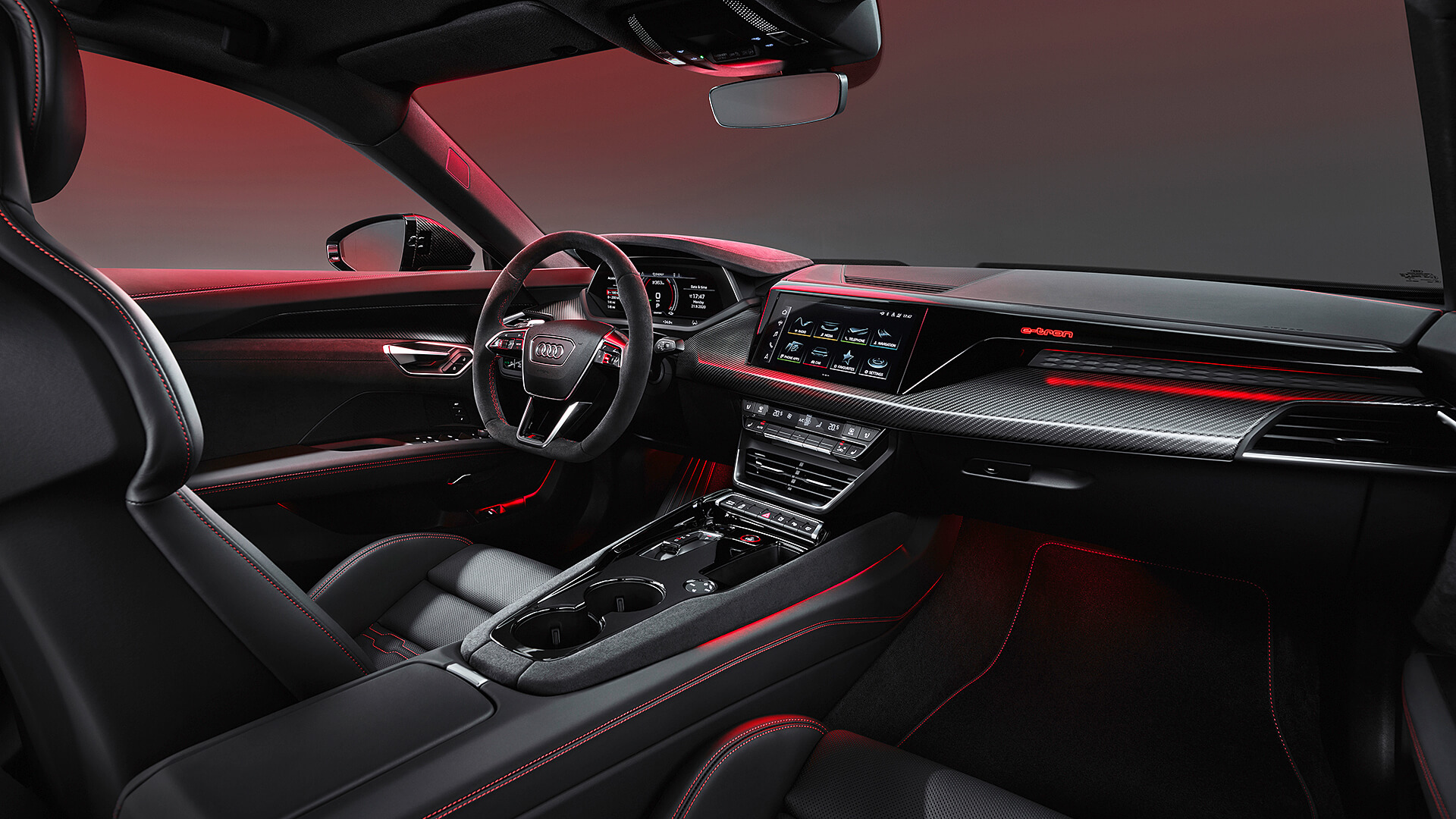 Let’s talk technical specifications. Feeding the drivetrain is a lithium-ion battery pack with a net energy capacity of 86 kWh. It has enough juice to enable the regular Audi E-Tron GT Quattro to cover an estimated range of up to 488 kilometers (298.3 miles) in the WLTP cycle. Once you run out of energy, an 11kW AC recharge will take the whole night, while the optional 22 kW charger will be launched shortly after the car’s market debut.

With a peak charging capacity of 270 kW, owners will be able to obtain 62 miles (100 kilometers) of range in a little over five minutes. “Under ideal conditions,” Audi claims that charging from 5 percent to 80 percent is done in less than 23 minutes. Both front fenders incorporate alternating current (AC) charging ports, but only the right-hand side also features a connection for direct current (DC). 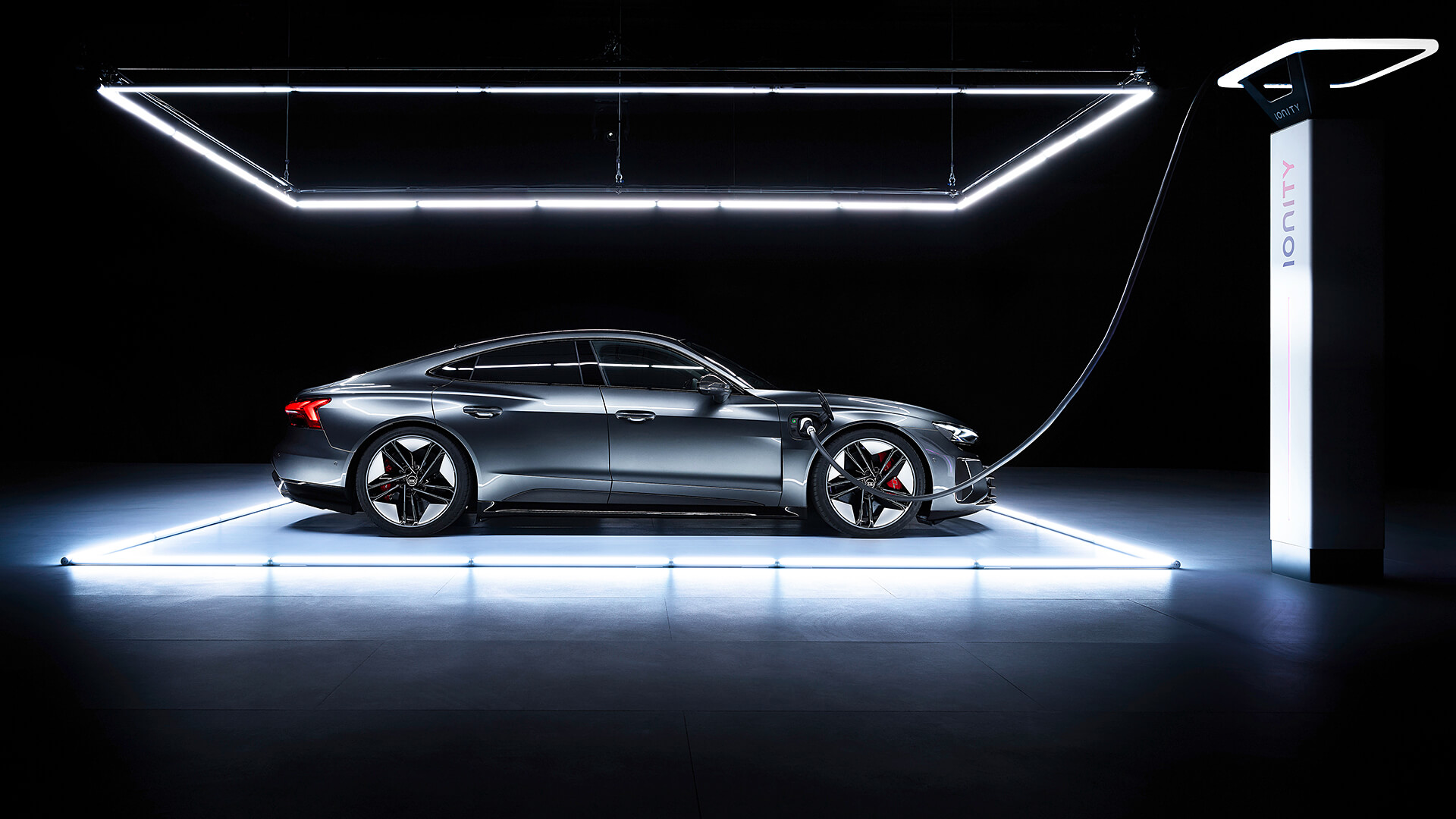 When it comes to power, the standard model has a front electric motor with 238 hp (175 kW) and a more powerful rear electric motor with 435 hp (320 kW). The combined output is “only” 476 hp (350 kW) because Audi wants the electric motors to “keep reserves available for extreme driving situations.” Activate boost mode and launch control and the power jumps to 530 hp (390 kW) for two and a half seconds. As for torque, there’s an instant 630 Nm (465 lb-ft) at the driver’s disposal. 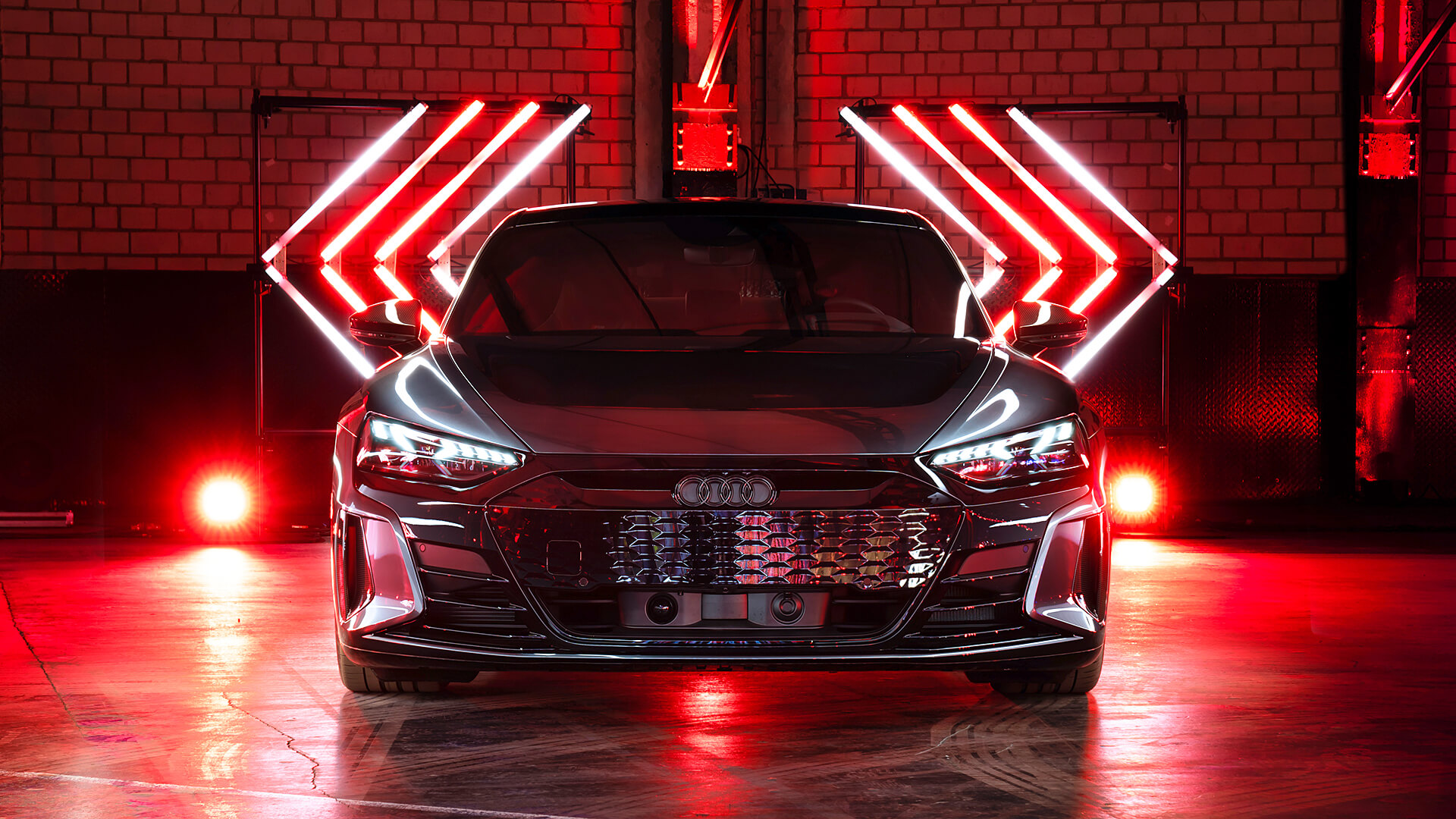 Both the standard and RS versions come with Quattro all-wheel drive, with an efficiency mode prioritizing a front-wheel-drive layout. Torque distribution is done automatically within a few thousandths of a second and there’s optional all-wheel steering for increased agility. When configured with AWS, the rear wheels turn by up to 2.8 degrees in the opposite direction of the front wheels at speeds of up to 31 mph (50 km/h) and in the same direction at higher speeds.

Going on sale in the United States this summer, the 2022 Audi E-Tron GT will carry a starting price of $99,900 for the Premium Plus trim. The mid-range Prestige will retail for $107,100 while the flagship RS is going to set you back $139,900. All prices exclude the destination and delivery charges and the federal tax incentive of up to $7,500.

The Taycan recently got a new entry-level, rear-wheel-drive model with a single electric motor for a starting price of just under $80,000. We’re hoping there will be an Audi equivalent further down the line, one that logic tells us would undercut the Porsche.

Attached below are images of the non-RS model. 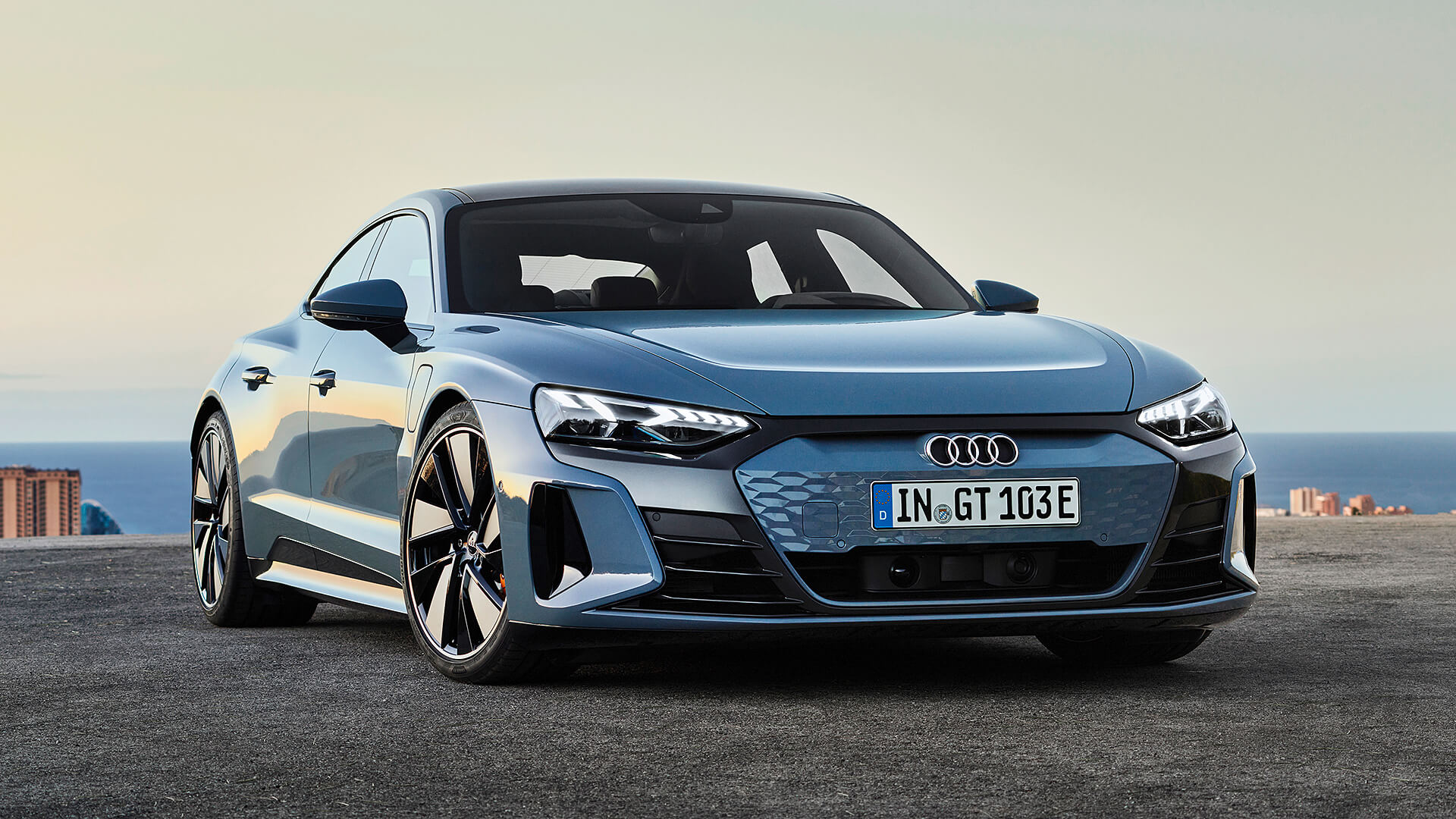 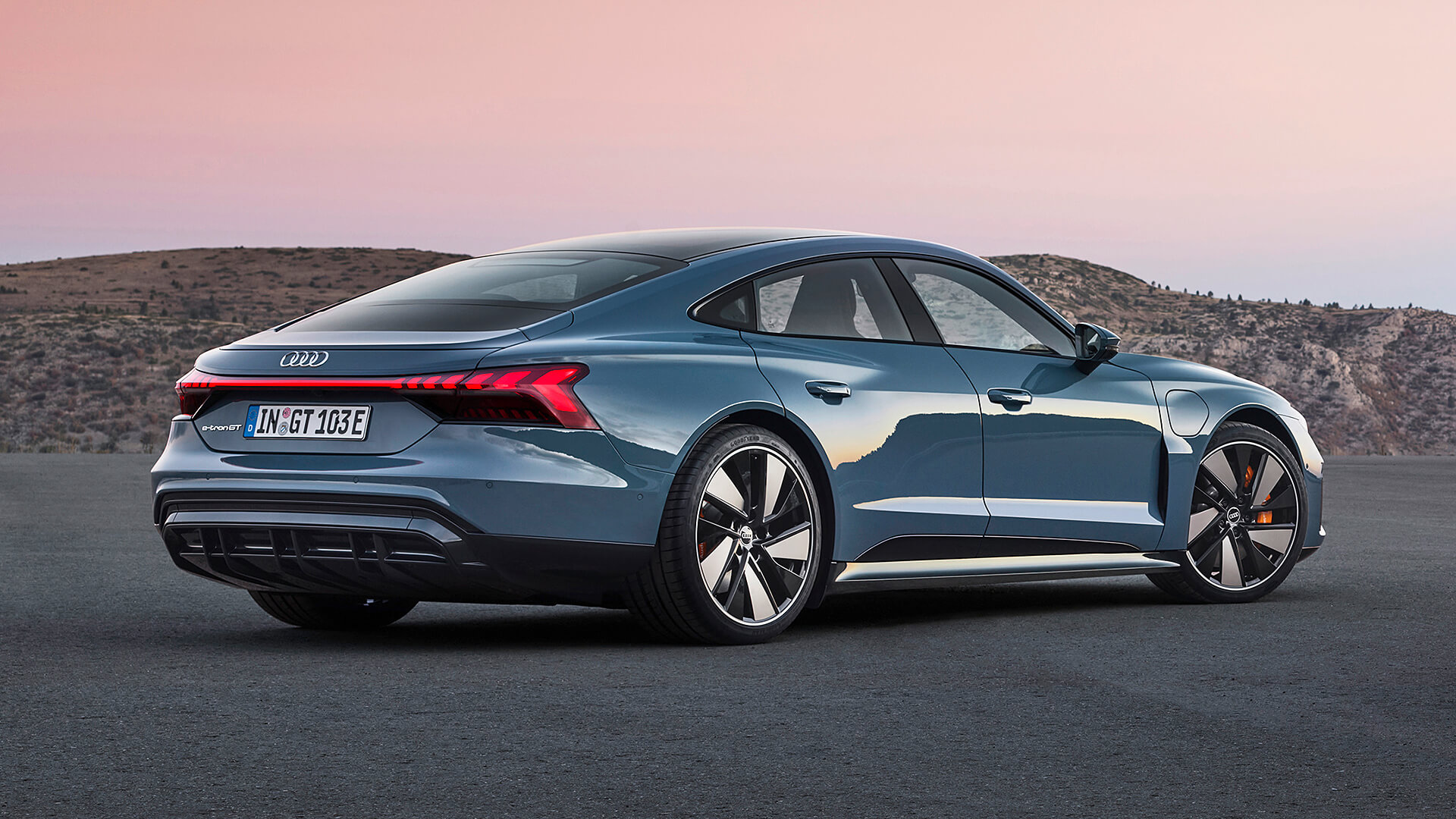