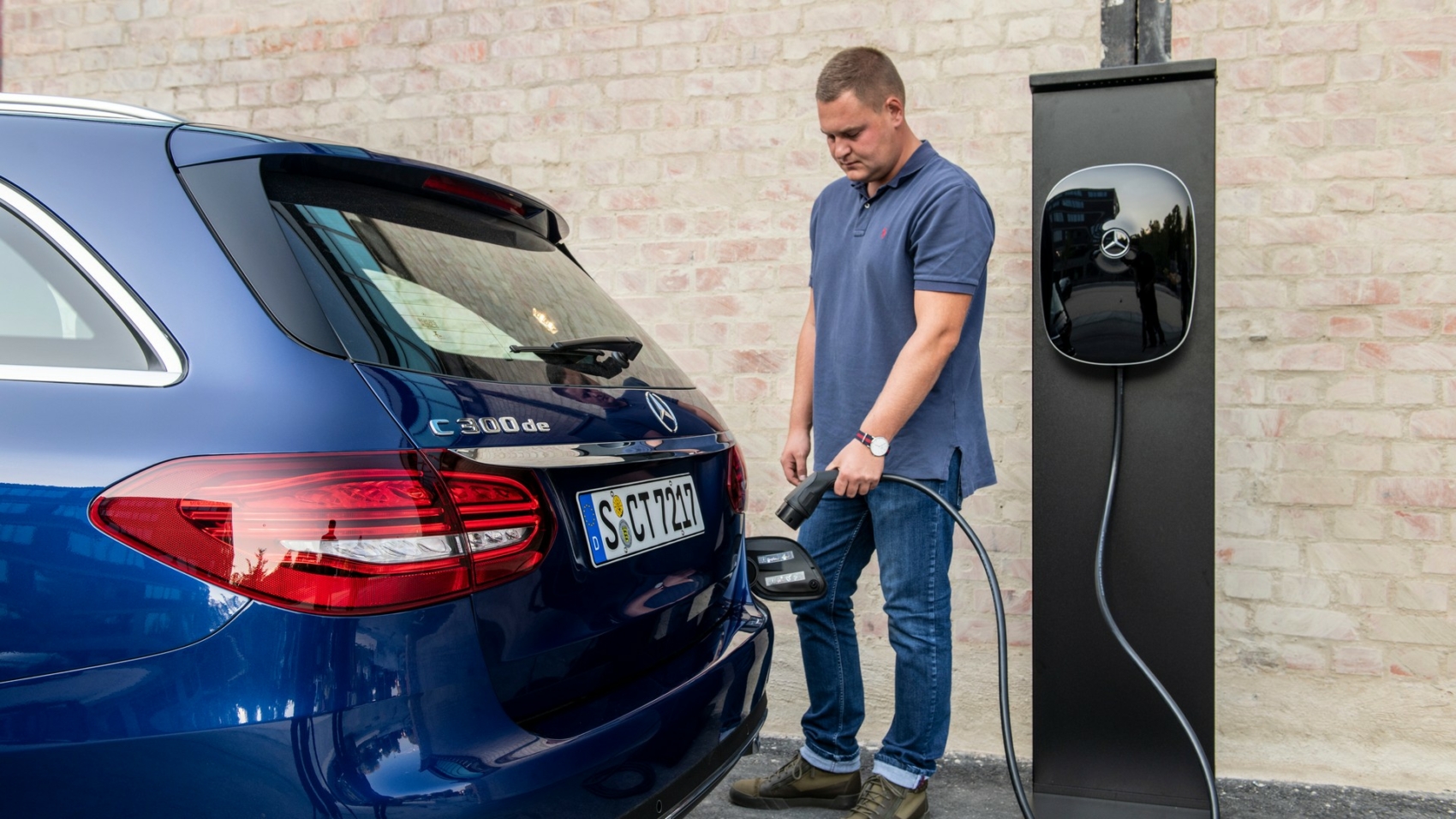 As further proof Mercedes is going all-in on electrification, the next-generation C-Class will be sold exclusively with hybrid powertrains. Debuting later this month, the W206 model will come with a choice of mild hybrid or plug-in hybrid powertrains, according to Autocar. The reputable British magazine had the chance to drive a pre-production prototype and discover some preliminary technical specifications.

Riding on the Modular Rear Architecture (MRA), the 2022 C-Class benefits from an entirely new 48V electrical system, and all powertrains consist of mild-hybrid, four-cylinder units. In addition, the plug-in hybrid C300e and C300de take advantage of a battery pack nearly twice as large as the previous-generation models, jumping from a capacity of 13.5 kWh to 25.4 kWh.

According to C-Class development boss Christian Früh, both gasoline and diesel PHEVs will be able to travel for as much as 62 miles (100 kilometers) without sipping any fuel in pure electric mode. That’s despite growing in size as the new generation will be 65 millimeters (2.55 inches) longer than its predecessor. About half of the stretch is going into the wheelbase, which will result in additional legroom for rear passengers. The extra footprint will also improve headroom.

While it borrows the platform used by the range-topping S-Class, it uses more steel than aluminum to keep the asking price down. A rear-wheel-steering system will be available at an additional cost, and there will be updated versions of the nine-speed automatic transmission and 4Matic all-wheel-drive system. Interestingly, the air suspension will only be available on the plug-in hybrid models for the next-gen model.

Details regarding the high-performance AMG versions have not been revealed, but it is believed the C43 will lose its six-cylinder in favor of an electrified four-pot for the renamed C53 model. The same goes for the flagship C63, rumored to eschew the loud and thirsty V8 for a four-cylinder hybrid powertrain. However, official details regarding the go-faster models are not available for the time being, so take the information with the proverbial pinch of salt.