After a couple of delays, Hyundai is finally unveiling the Ioniq 5 during a dedicated event live-streamed on YouTube. Depending on where you’re watching the premiere from, the show is scheduled to start on February 23 at 7 AM GMT or February 22 at 11 PM California time. The digital-only world premiere will be the culmination of a lengthy teaser campaign that started with the Concept 45 unveiling in September 2019 at the Frankfurt Motor Show.

Speaking of the concept, numerous teaser images and spy shots have revealed the production-ready Ioniq 5 will largely retain the same retro-chic design. The midsize electric SUV is the first Hyundai to adopt a clamshell hood spanning the entire width of the vehicle to reduce panel gaps as much as possible and enable a clean appearance.

It’s also getting aerodynamically optimized 20-inch alloy wheels to improve efficiency, which is the same thing we can say about the cameras replacing the traditional side mirrors. The concept’s pixel-like headlights and taillights will have a correspondent on the production version, allowing the Ioniq 5 to stand out in a sea of conventionally styled SUVs.

The interior will further distinguish the EV from segment rivals by adopting an ultra-widescreen layout with two displays positioned side by side within a single glass housing on the dashboard. One neat feature – aside from the completely flat floor – will be the sliding center console. We’re not talking only about the armest as the entire console between the front seats is going to move back and forth. In addition, all seats slide fore and aft, and the front ones also recline to an almost flat position. 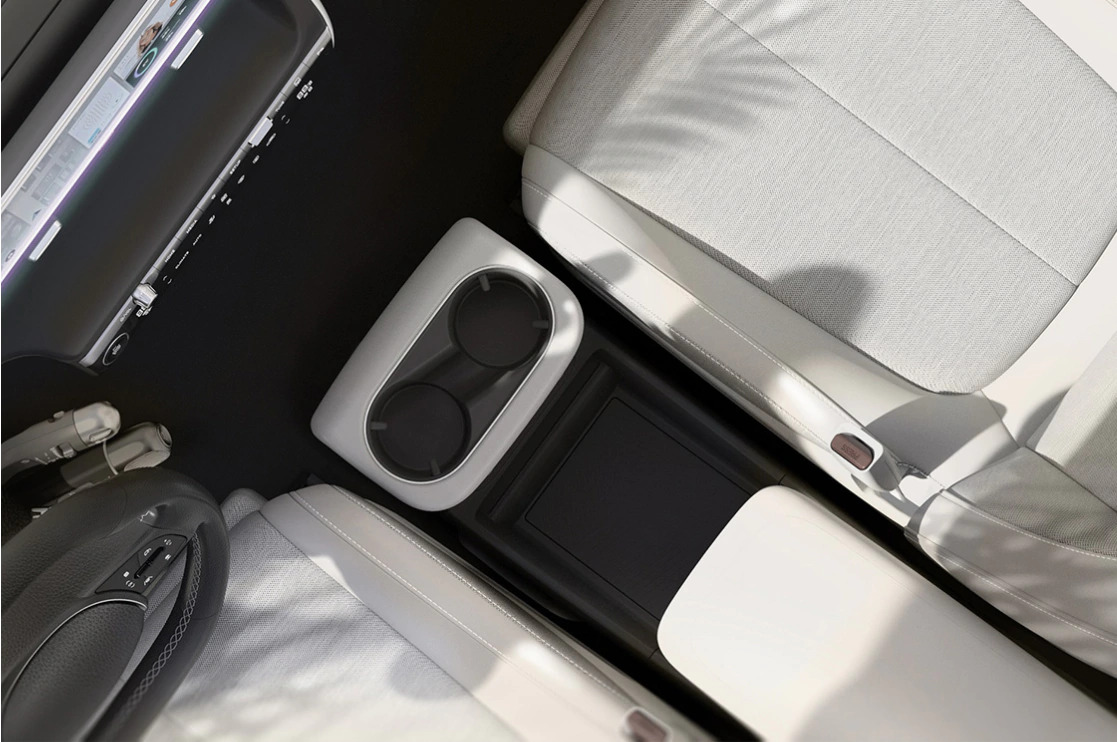 The Ioniq 5 will be the first model from the Hyundai Group to ride on the E-GMP platform developed for electric vehicles. From the few technical specifications released so far, we know the SUV will have ultra-fast charging by replenishing the battery pack from 10% to 80% in 18 minutes. Just five minutes of charge will be enough juice for more than 62 miles (100 kilometers) of range, according to the WLTP standard.

We’re expecting to see both rear- and all-wheel-drive versions with single and dual motor setups and a couple of battery packs to choose from. Recycled materials will be used throughout the interior and Hyundai has also confirmed V2L (vehicle to load) support by providing electric power inside and outside the vehicle.

Another tidbit is the repositioning of the air conditioning system from inside the car to where the combustion engine is installed in a conventionally powered vehicle. Doing so frees up more room in the cabin, further improved by the removal of the central tunnel found in a gasoline- or diesel-fueled vehicle.

With the battery pack and electric motors mounted low, Hyundai’s engineers have improved the center of gravity and weight distribution for better handling and to maximize stability at higher speeds. These hardware characteristics will debut on the Ioniq 5 next week and will be adopted in the second half of 2021 by the Kia CV and Genesis GV60 electric crossovers.