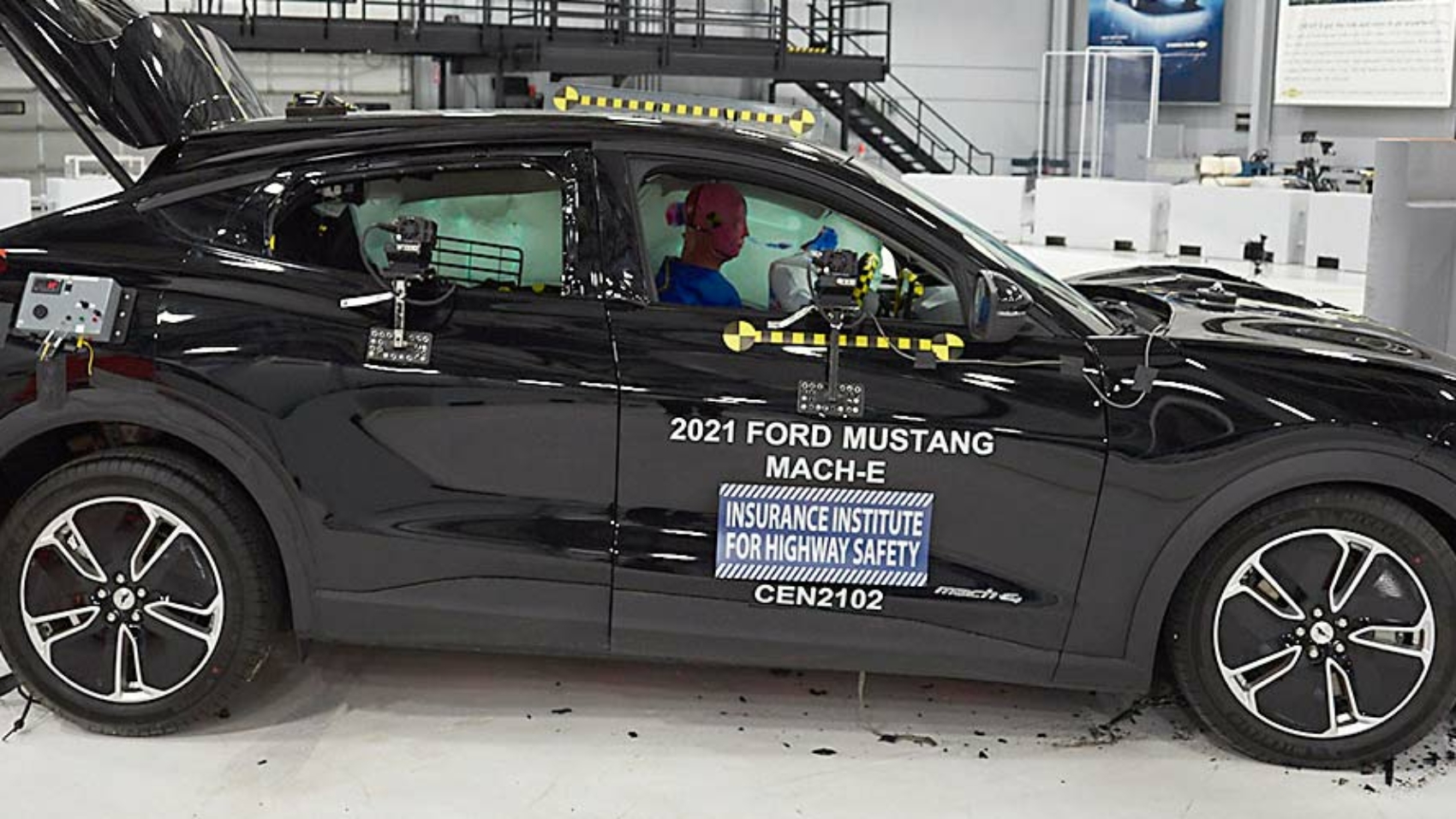 The Insurance Institute for Highway Safety has crash-tested the new Ford Mustang Mach-E and gave it a Top Safety Pick award. While that’s certainly a good result, it could’ve been even better. The electric SUV did not qualify for the maximum Top Safety Pick+ rating due to an issue with the headlight quality on the lower trim levels.

As the IIHS explains, the first Mustang-badged SUV ever has LED headlights with a “good” rating on the more expensive Premium, GT, and the First Edition versions. However, step down to the Select and California Route 1 models and these have headlights with “marginal” quality. The IIHS goes on to say the lesser lights offer “inadequate illumination on some curves.”

In order to qualify for a Top Safety Pick award, the vehicle tested by the IIHS has to earn good ratings in all six crashworthiness tests, as follows: driver- and passenger-side small overlap front, moderate overlap front, side, roof strength, and head restraints. An advanced- or superior-rated front crash prevention system is a must, and the Mustang Mach-E’s standard setup was rated as being superior in IIHS’ vehicle-to-pedestrian and vehicle-to-vehicle tests.

On a related note, the IIHS also tested the Volvo XC40 Recharge and it fared better than Ford’s zero-emissions SUV by going home with a Top Safety Pick+ award. It follows other EVs that have received a similar title in 2021, such as the Tesla Model 3 and the Audi E-Tron / Audi Sportback E-Tron. In addition, a handful of PHEVs also got the maximum rating.

IIHS believes the recent experience has demonstrated electric vehicles are (at the very least) just as safe in the event of a crash as traditional vehicles powered by combustion engines. Not only that, insurance data shows there are far fewer injury claims related to EVs compared to ICE-powered models. In the 2011 to 2019 interval, data shows the rates of injury claims were more than 40% lower for people inside electric cars than in equivalent gasoline- or diesel-fueled vehicles.