It’s been a long time coming, but the first production Lexus with a plug-in hybrid powertrain is finally here. Meet the second-generation NX, a compact crossover billed as being an all-new model, even though the exterior styling might tempt you to believe it’s a heavily facelifted version of the first generation.

Shown here in various configurations, including the F Sport variant, the 2022 NX features an updated spindle grille and new headlights incorporating the daytime running lights that used to be separate on the outgoing model. Speaking of lights, the rear end of the Japanese posh crossover now features a full-width LED light bar on the tailgate to give the illusion of a bigger vehicle. 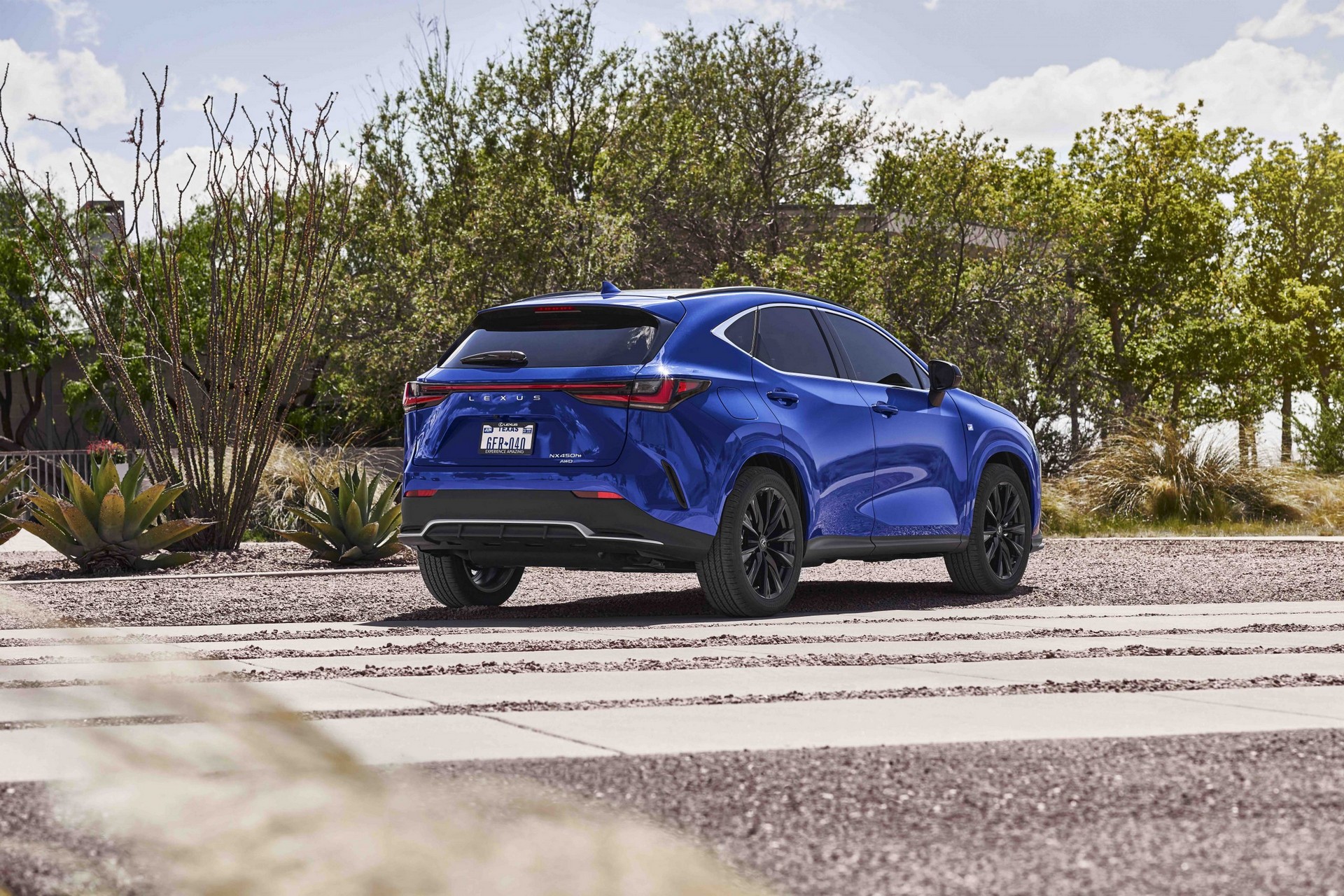 Gone is the “L” badge at the back as the tailgate now proudly carries the full “LEXUS” lettering with the characters spaced out to make the company’s name more visible when viewed from behind. Customers will be able to pick from several fresh body colors, such as Grecian Water, Redline, and Cloudburst Gray. Opt for the F Sport model and there are some exclusive shades, including Ultra Sonic Blue Mica 2.0, Obsidian, and Ultra White.

More significant changes have taken place inside the cabin where the entire dashboard has been redesigned. Thankfully, the much-criticized touchpad has been eliminated, replaced by an all-new touchscreen infotainment system measuring 9.8 inches as standard, and upgradable to 14 inches. It’s joined by a seven-inch digital instrument cluster lending the NX’s interior a far more modern layout. At an additional cost, buyers will be able to order a 10-inch head-up display, a first for the crossover. 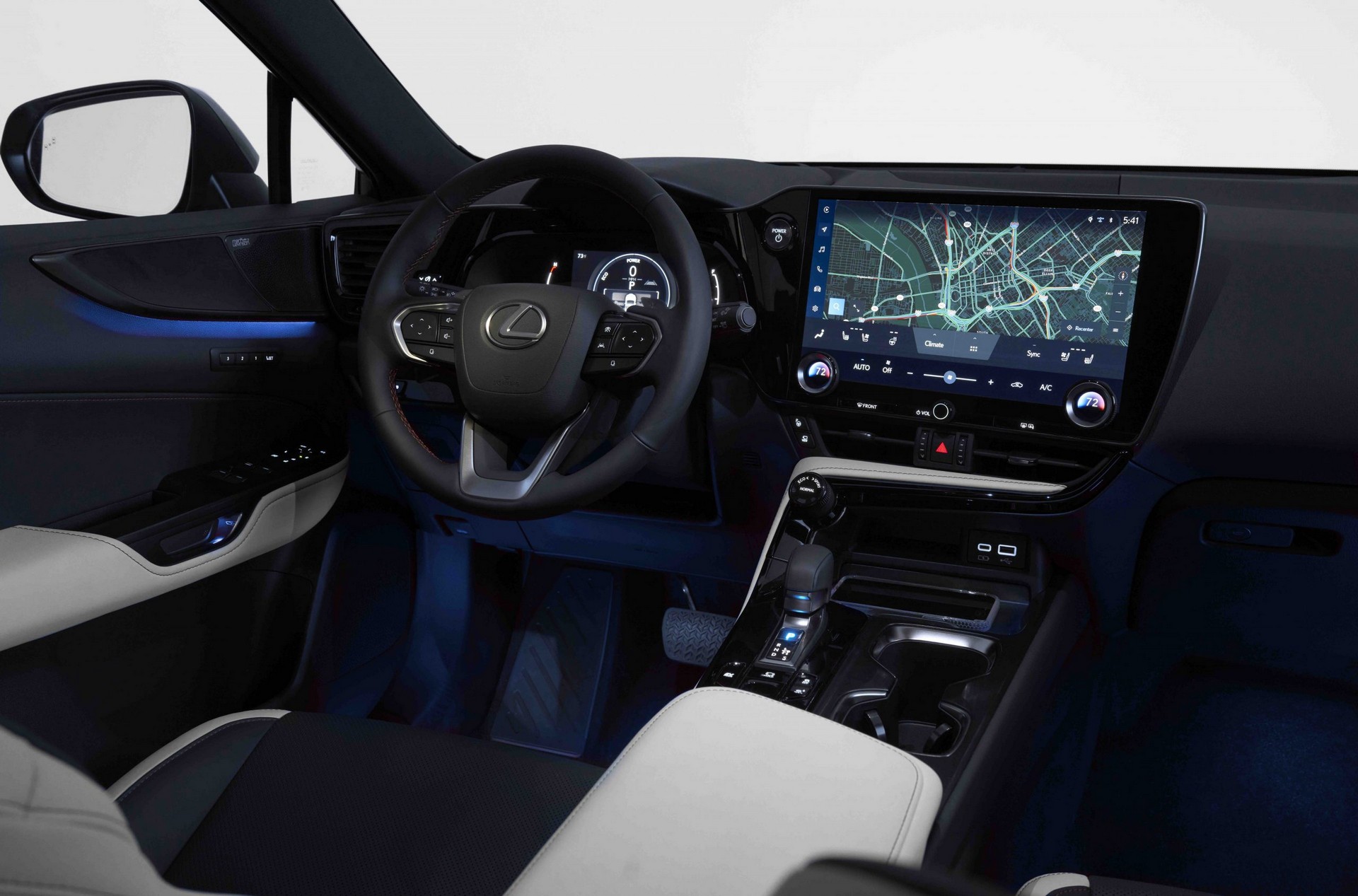 There’s a lot to talk about when it comes to powertrains. The base model carries the NX 250 moniker and uses a naturally aspirated 2.5-liter, four-cylinder engine delivering 203 horsepower and 184 pound-feet (250 Newton-meters) of torque. It works with an eight-speed automatic transmission to send power to the front wheels, enabling a sprint to 60 mph in 8.2 seconds. You can also have it with all-wheel drive, in which case the sprint is completed in 8.6 seconds.

Step up to the NX 350 and you’ll be rewarded with a completely new turbocharged 2.4-liter engine linked to an eight-speed auto. It pumps out an estimated 275 hp and 317 lb-ft (430 Nm) and completes the sprint in 6.8 seconds or half a second quicker than the model it replaces. 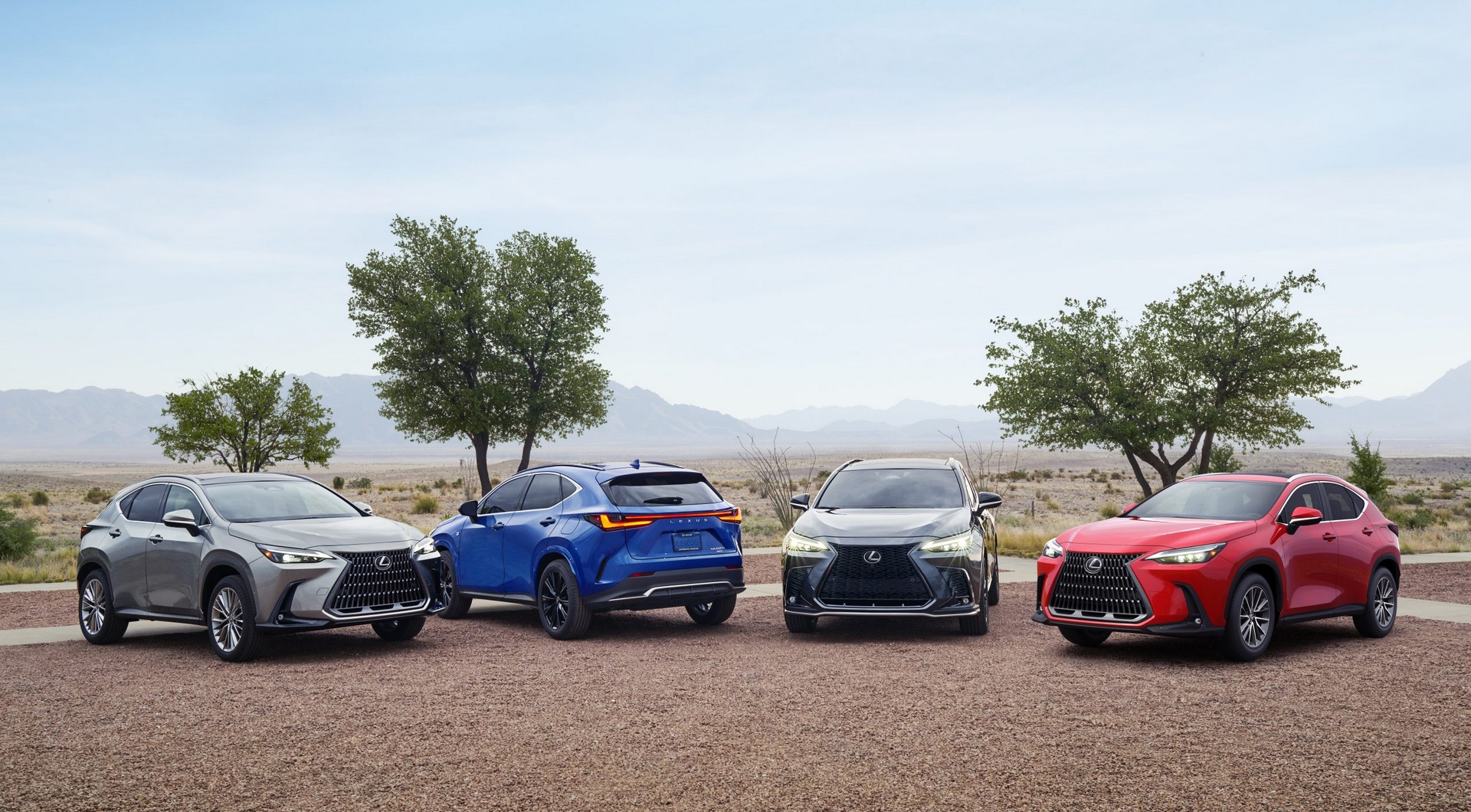 Next is the NX 350h, which uses a 2.5-liter engine and a pair of electric motors for a combined output of 239 hp or 20% more than before. Lexus says the electrified version will return 36 miles per gallon, which represents a massive increase of six mpg compared to the previous vehicle. At the same time, it’s also 1.5 seconds quicker to 60 mph, with the task taking 7.2 seconds.

The range-topping model goes by the name of NX 450h+ and utilizes a PHEV system. Toyota’s luxury division claims it will cover up to 36 miles (58 kilometers) solely on electric power, courtesy of a new high-capacity lithium-ion battery pack. The combined output has yet to be announced, but Lexus says it’s the “EV equivalent to a 2.0-liter engine.” The inline-four, 2.5-liter engine at the core of the PHEV system enables the flagship NX to hit 60 mph in six seconds flat. 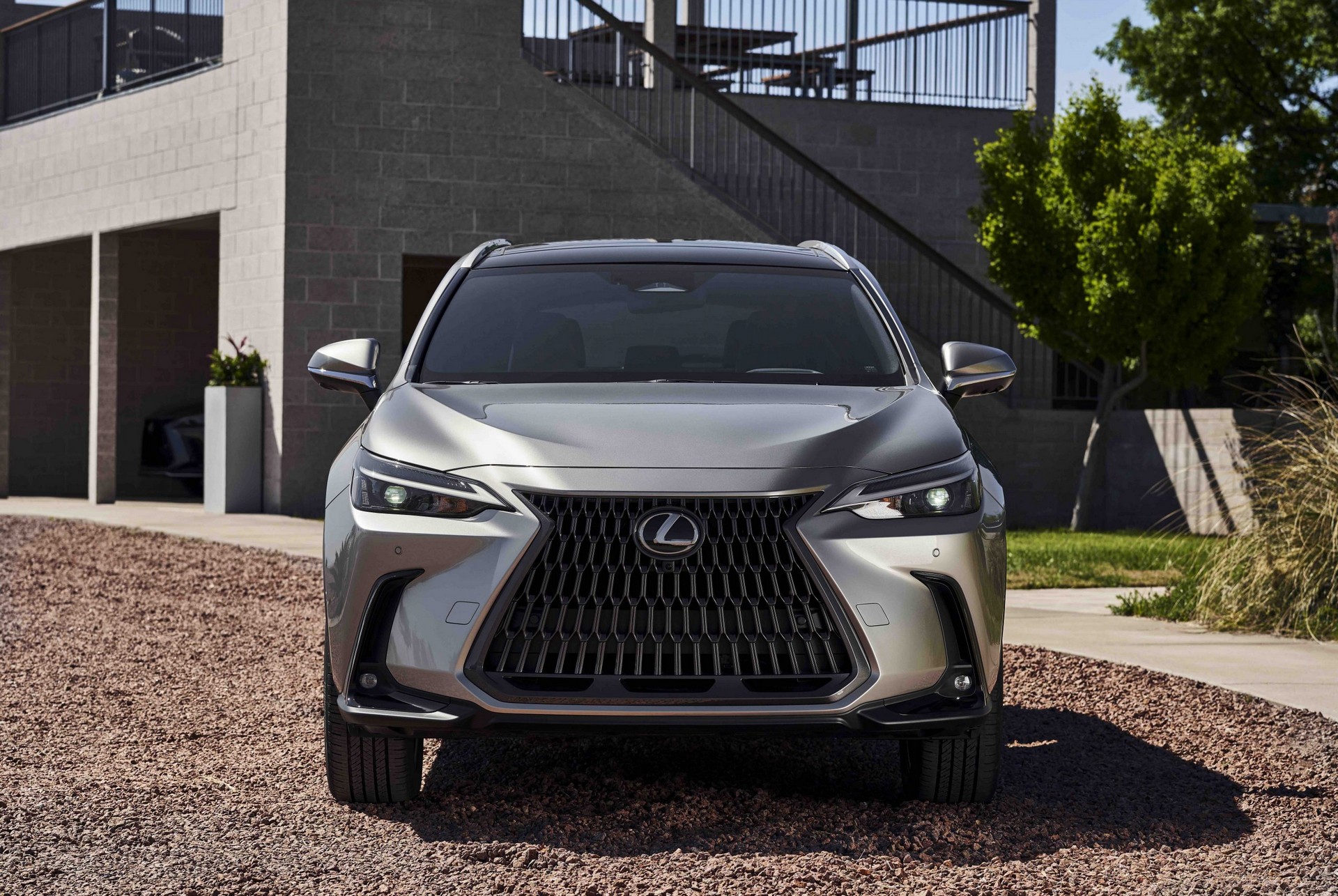 As far as charging is concerned, it takes around two and a half hours to replenish the battery using a maximum charging current of 240V provided the NX 450h+ is fitted with the optional 6.6 kW charger. Use the standard 3.3 kW charger and it will take four and a half hours to fully charge the battery. It’s worth mentioning this PHEV version has a full-time, electronically controlled AWD setup.

Lexus will commence production of the second-generation NX in the third quarter of 2021 and kick off deliveries before the year’s end, with pricing to be announced closer to its on-sale date.