What may look like a fairly normal image of a Jeep Wrangler is actually something much more exciting. First and foremost, the digital screen in the instrument cluster shows we’re dealing with the rugged Rubicon trim level, while the “4xe” reveals the vehicle is equipped with a plug-in hybrid powertrain. This is where the story gets more interesting as the interior doesn’t actually belong to the Wrangler.

Yes, the adjacent photo shows the Gladiator. The Wrangler’s pickup sibling has yet to spawn a PHEV version, meaning this is our very first official look at the electrified truck. How do we know it’s the Gladiator and not the Wrangler? Look into the rearview mirror on the driver’s side and you will notice a rollbar, which you are not going to find on a four-door Wrangler. 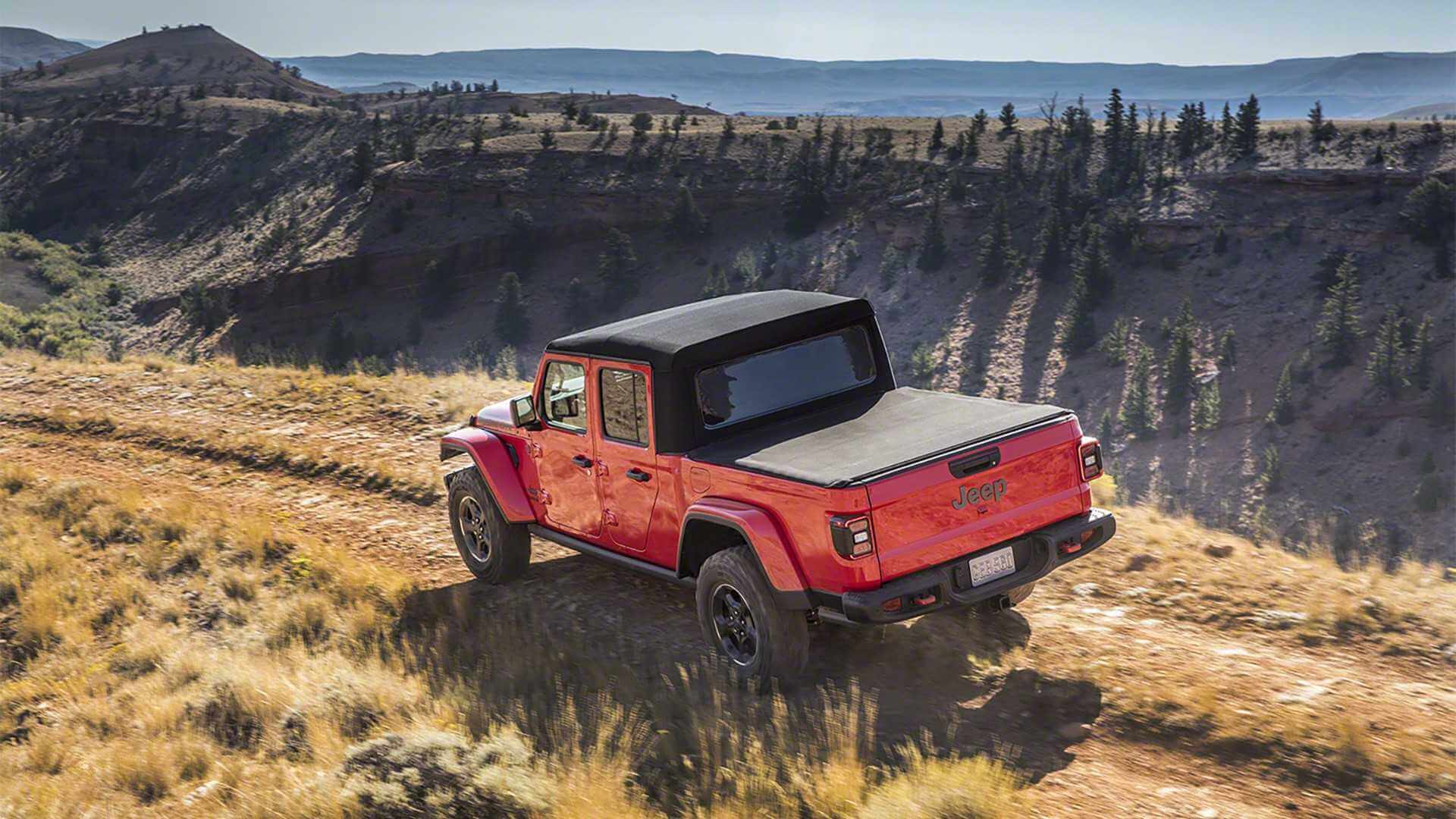 A deeper analysis shows the button to turn on the cargo bed light, which is obviously found only on the Gladiator. We can exclude the possibility of a two-door Wrangler 4xe because the cabin shown here has four visible window switches. Add all these obscure details and there can only be one conclusion – we are indeed looking at the Gladiator 4xe.

It shouldn’t come as a big surprise seeing as how the electrified truck was originally announced at the end of January. Jeep global president Christian Meunier told Australian magazine GoAuto about the plan to install a PHEV setup in the pickup, complete with the same “4xe” suffix. Technical specifications were not released at that time, but we’re expecting the Wrangler 4xe’s setup.

In other words, the Gladiator 4xe should combine a four-cylinder, 2.0-liter turbo gasoline engine with two electric motors, a 17-kWh lithium-ion battery, and an eight-speed automatic transmission. In the Wrangler, the plug-in hybrid setup is good for a combined output of 375 hp and 470 lb-ft (637 Nm), with the battery providing enough juice for an electric range of 21 miles. In the combined cycle, the Wrangler 4xe returns MPGe.

We are not expecting the Gladiator 4xe to be as efficient as its SUV counterpart considering a conventionally powered Gladiator Rubicon is about 600 lbs (272 kg) heavier than the equivalent four-door Wrangler.

It’s unclear when Jeep plans to unveil the electrified truck, but with a teaser already out, the official premiere is likely around the corner.