For the upcoming 2022 motorsport season, Audi is abandoning Formula E to focus on its first-ever entry at the grueling Dakar Rally. The RS Q E-Tron is the name of its fully electric challenger equipped with front and rear motors derived from its final factory-backed Formula E race car. In addition, the menacing off-roader has a combustion engine taken from DTM, namely a turbocharged 2.0-liter unit.

The gasoline-fueled unit doesn’t actually drive the wheels at all. Instead, it works as a range extender to generate energy and send it to the vehicle’s 50-kWh battery. Speaking of which, the whole pack tips the scales at 815 pounds (370 kilograms) and is also recharged whenever braking courtesy of an energy recuperation mechanism.

To comply with 2022-spec Dakar Rally regulations, the RS Q E-Tron weighs more than 4,409 pounds (2,000 kilograms). Its drivetrain is rated at an impressive 500 kW, which works out to 670 horsepower channeled to both axles. As for the DTM-spec four-cylinder engine, it gets its necessary juice from a large 295-liter gasoline tank positioned behind the driver. The TFSI unit works between 4,500 rpm to 6,000 rpm and emits less than 200 grams of CO2 for one kWh sent to the battery. 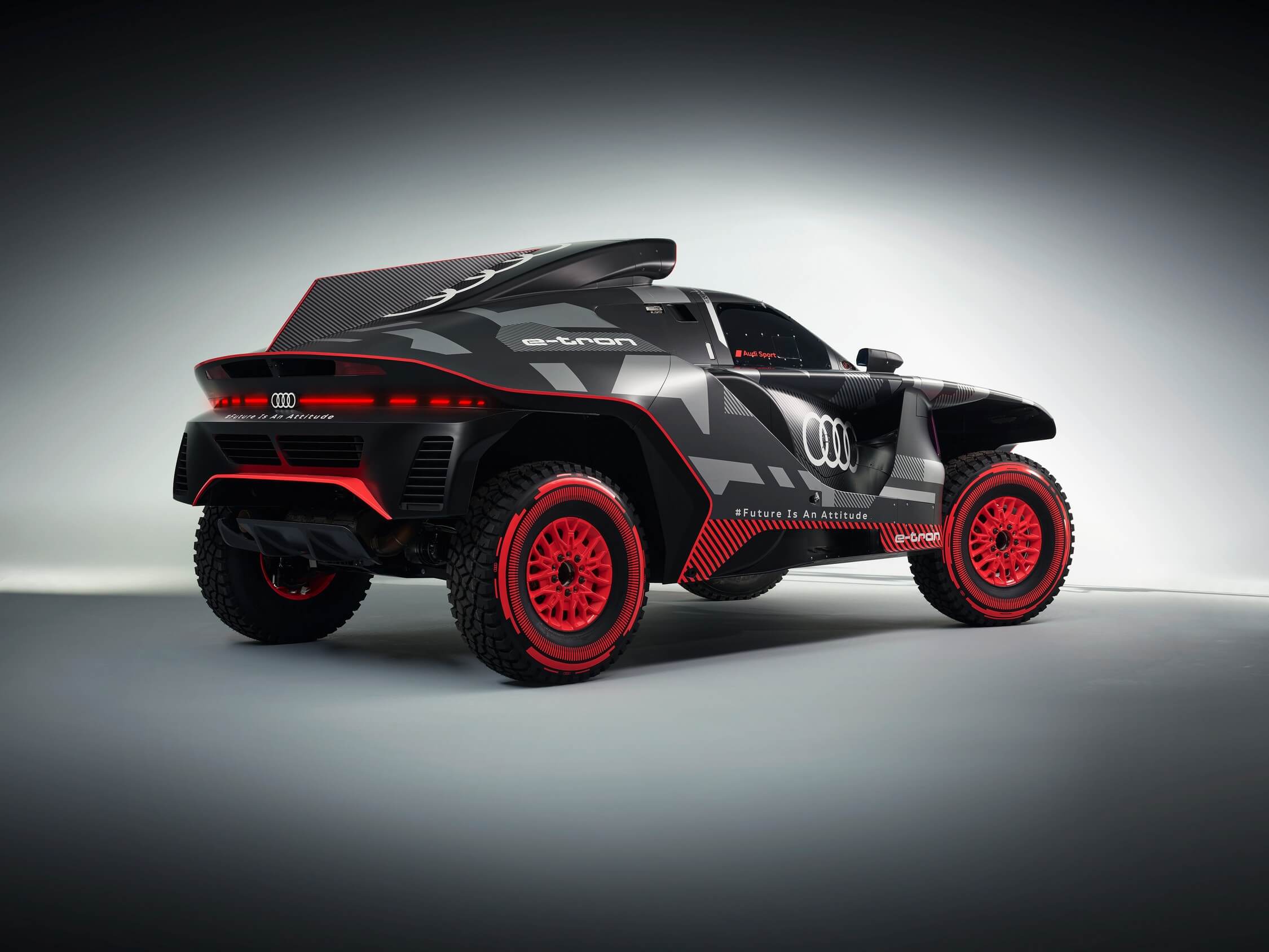 The intricate hardware also contains a third electric motor, which is identical to the two motors driving the wheels. It has a different role as the third motor-generator unit (MGU) borrowed from the Audi e-tron FE07 Formula E car works to recharge the battery while the RS Q E-Tron is racing. The MGU used by the racer went through “minor modifications” compared to its application in Formula E.

Audi has already commenced real-world testing with the racer’s first outing in early July at Neuburg in Bavaria and will enter the RS Q E-Tron later this year at cross-country rallies. These tests will allow the engineer to perfect the high-riding machine ahead of its Dakar debut in January 2022.