Powered by two electric motors, the Porsche Mission R has two different power modes; Qualifying and Race. If the former, the car makes its full-beans power output of 1,070 horsepower. That allows it to get from 0-60 mph in just 2.5 seconds and on to a top speed of 186 mph. Porsche didn’t mention which specific track but claims that the Mission R, in qualifying mode, is as fast around a circuit as the Porsche 911 GT3 Cup car. 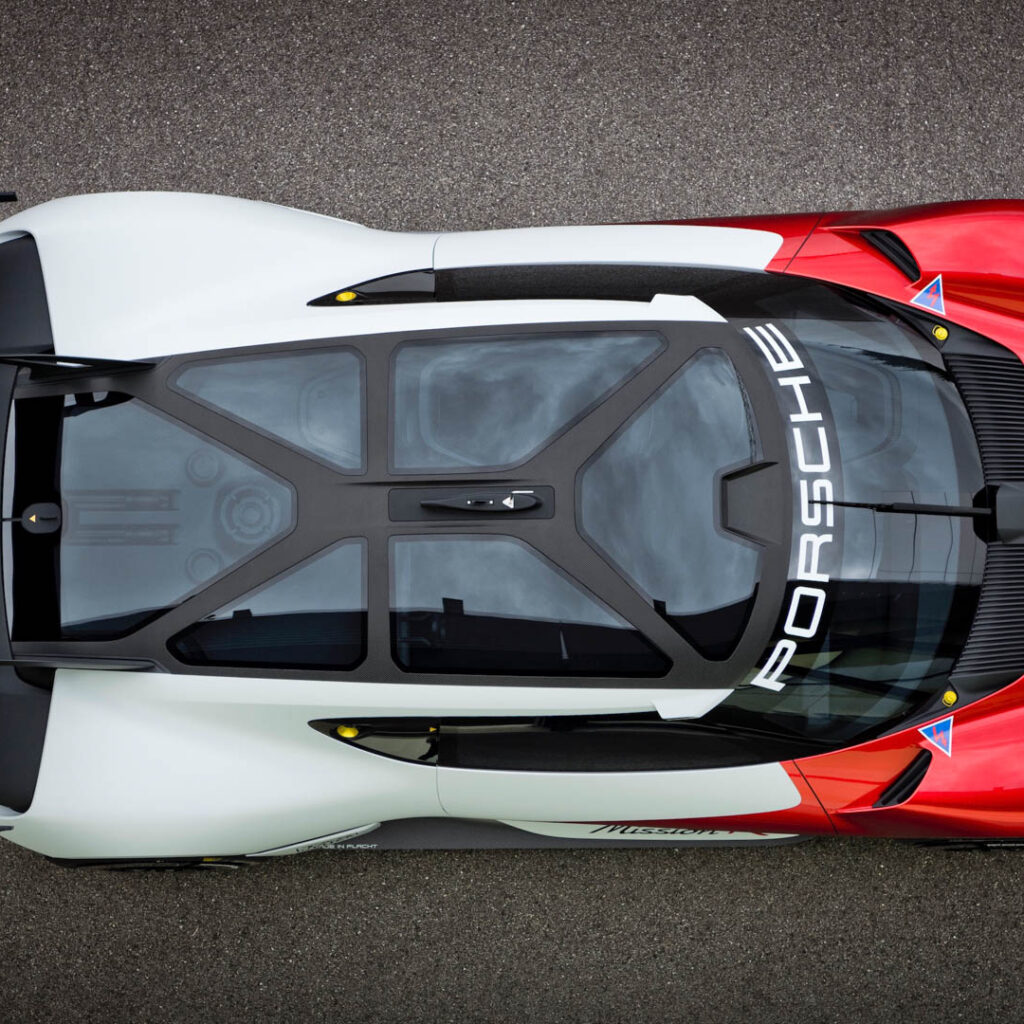 In Race mode, the Mission R makes a constant 671 horsepower and stays nice and cool thanks to an innovative new direct oil cooling system. Due to the latter, the electric motors can run at peak power constantly, without the need to reduce power due to thermal conditions.

The Porsche Mission R also gets 900-volt battery technology, along with what Porsche unironically calls “Turbo Charging”. With said Turbo Charging, the Mission R can go from 5-80 percent SoC (State of Charge) in just 15 minutes, thanks to a charging speed of 340 kW. 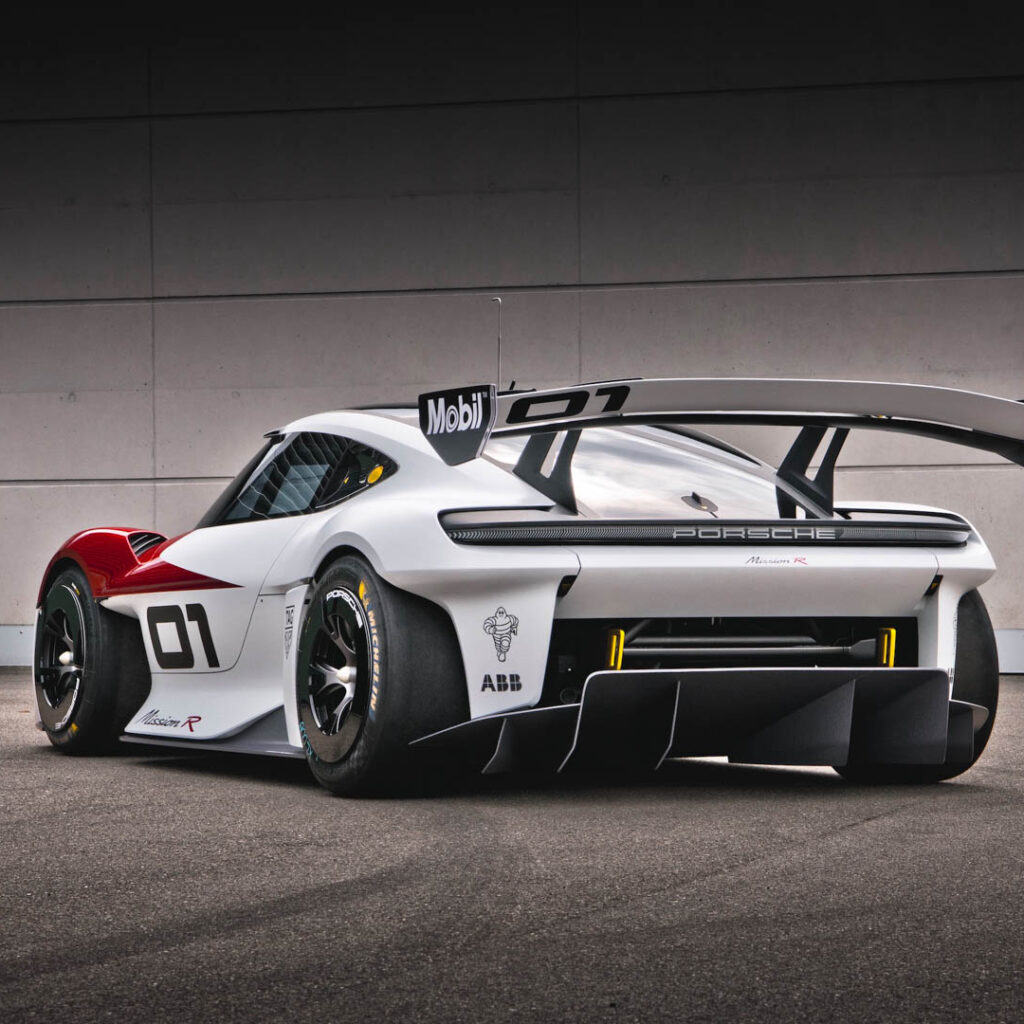 Being a race car, the aerodynamics on the Porsche Mission R are on point. It gets Porsche’s latest PAA (Porsche Active Aerodynamics) and DRS (Drag Reduction System) on the nose section and rear wing. For the nose, three louvers in each side air intake create the aero, while a two-section rear wing helps at the back.

It’s not just battery, powertrain, and aero tech, though. Even the skin of the Porsche Mission R is unique. To develop much of the Mission R’s body, Porsche used NFRP (Natural-Fiber Reinforced Plastic), which is very similar to carbon fiber except it’s made from flax fiber used in farming. It’s a natural material that not only makes the NFRP sustainable but also recyclable. Very cool. The material is also used for its lower front lip diffuser, side skirts, interior door panels, rear bulkhead, and seats. However, the passenger cell is a carbon fiber monocoque. 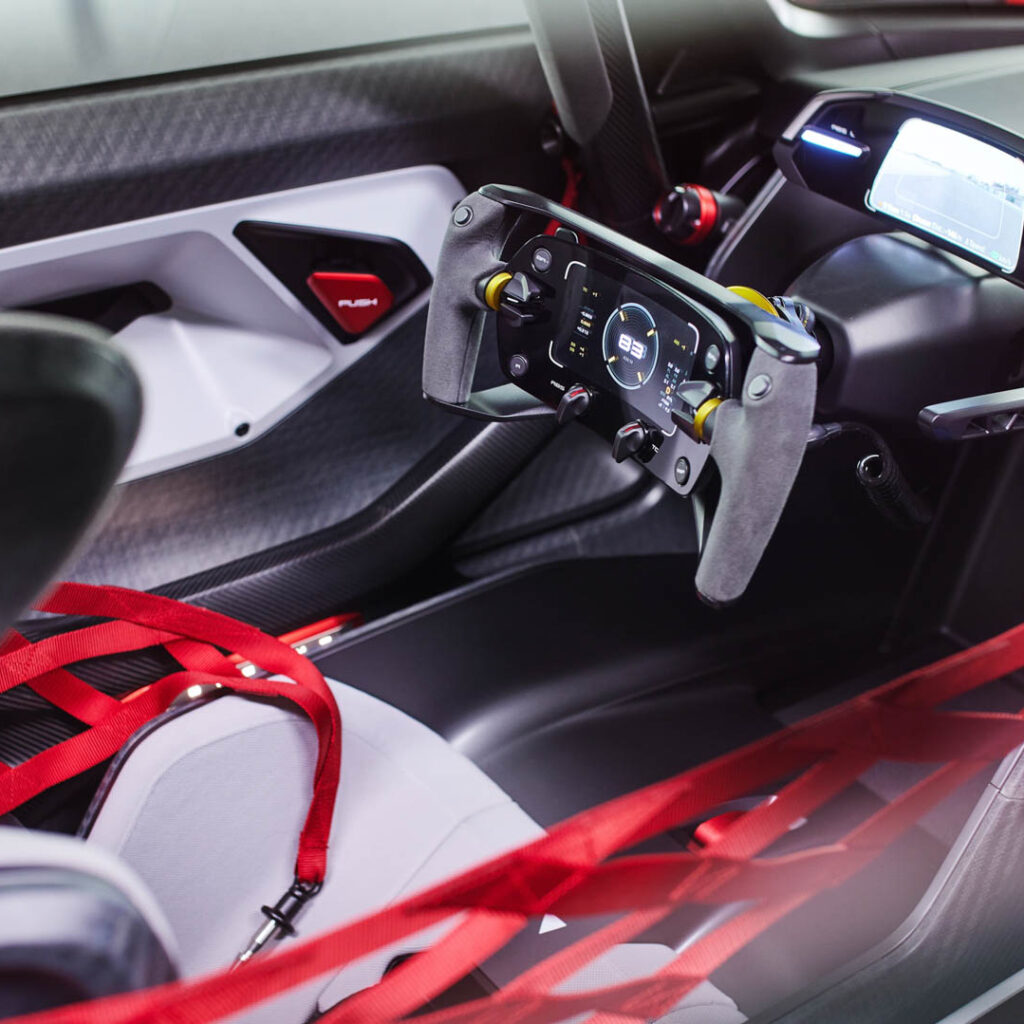 The Porsche Mission R not only looks awesome and will be stonking fast but it also will help revolutionize customer racing. Porsche is already one of the most popular customer racing brands in the world, so this Mission R will help a lot of teams get into electrification. We can’t wait to see the Mission R on track.