With crossovers and SUVs being all the rage these days, it makes perfect sense why the first wave of dedicated EVs from Hyundai, Kia, and Genesis adopt the hugely popular body style. That’s not to say the E-GMP platform is only good for SUVs as 2022 will see the introduction of a zero-emissions sedan. Previewed by the rather stunning Prophecy concept, the Ioniq 6 has now been spied in prototype form.

Hiding under thick camouflage, the test vehicle was spotted out in the open on the streets of Germany where Hyundai is putting the finishing touches on the hotly anticipated EV sedan. Despite the heavy mascara, we can already tell the final version won’t be nearly as sleek as the concept before it, but we’re keeping our fingers crossed some of the Prophecy’s genes will rub off on the production car.

Peeking through the camo are familiar LED taillights featuring the pixel design motif already seen in the Ioniq 5 from where the sedan is likely going to borrow those nifty pop-out electronic door handles. While Hyundai has fitted this prototype with traditional side mirrors, the EV might also be offered with cameras seeing as how these will be available for the electric SUV in markets where cameras are legal.

Hyundai seems to be going for the four-door coupe look judging by the sloping roofline, but make no mistake, this is a sedan with an old-fashioned trunk lid. In recent years, we’ve seen four-door EVs (that are not SUVs) with a more practical liftback configuration, much like it’s the case with the Model S and EQS, but the Ioniq 6 has a trunk lid in the same vein as the Taycan and E-Tron GT. 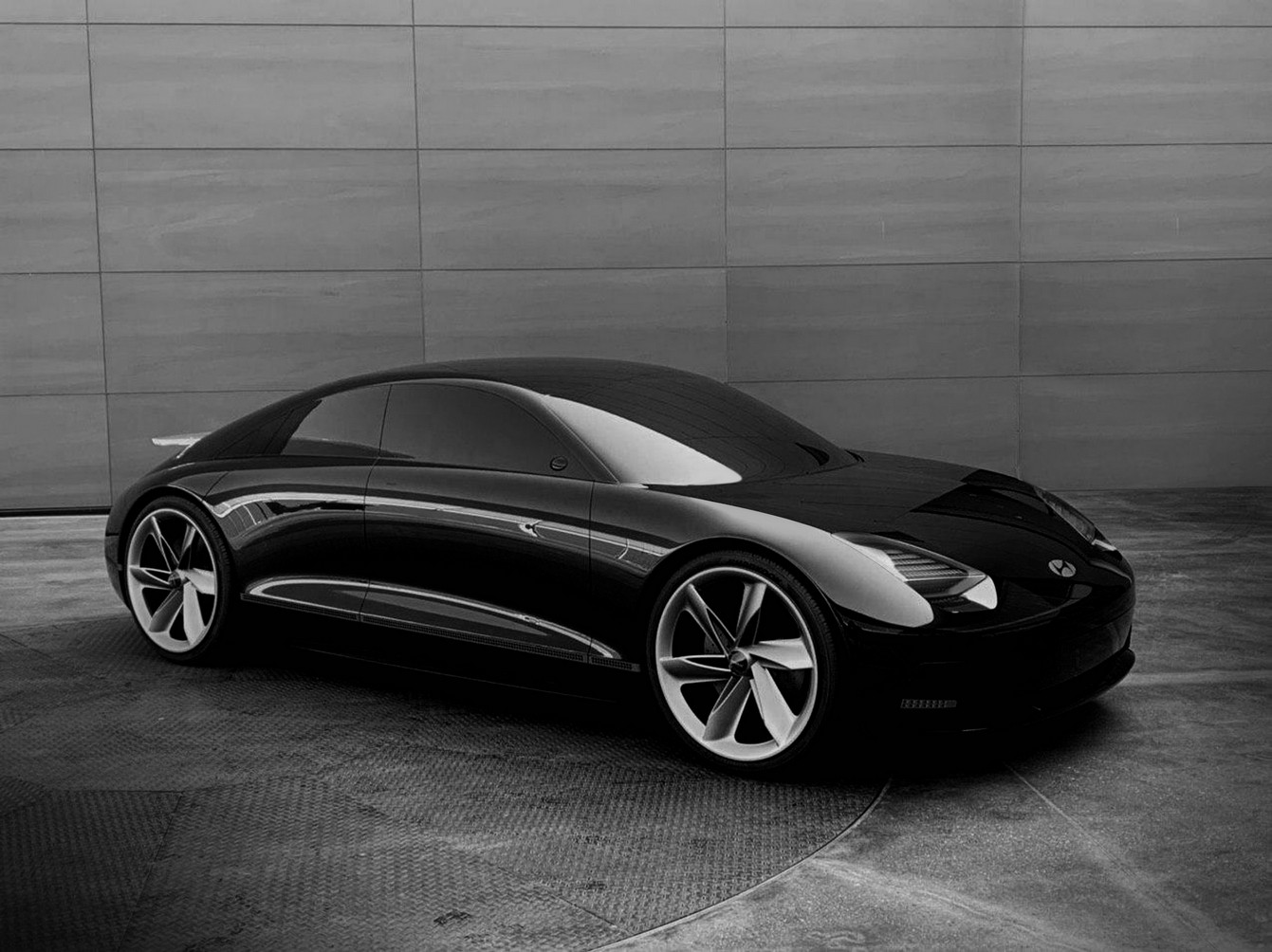 Short front and rear overhangs along with large aero-optimized wheels are all signs of an electric vehicle, one we’re expecting with single- and dual-motor setups. The entry-level versions will make do with a rear-mounted motor providing a RWD setup while the more expensive trims will have a motor mounted at the front, enabling a more powerful AWD layout.

With the EV6 GT, Hyundai/Kia have shown the E-GMP platform can offer as much as 577 horsepower, but the Ioniq 6 is unlikely to be this powerful. That said, Hyundai could decide to spice up the electric sedan by giving it an N performance version later in the model’s life cycle. In the meantime, the standard EV is months away from being revealed and should go on sale in 2022.