The European New Car Assessment Programme published today the results from its latest crash tests, which included two EVs – the Ford Mustang Mach-E and the Hyundai Ioniq 5. The electric crossover with a pony car’s name managed to earn the full five-star rating whereas the gasoline-fueled sports car only got three when it was tested back in 2017. Needless to say, the two models have nothing in common except for the name and some design traits.

The Mustang Mach-E tested by Euro NCAP was a left-hand-drive example in the Titanium trim level and it achieved the following scores: 92% for adult occupant, 86% for child occupant, 69% for vulnerable road users, and 82% for safety assist. The organization praised the zero-emissions SUV for its deployable hood, center airbag, and a raft of advanced driver assistance systems. 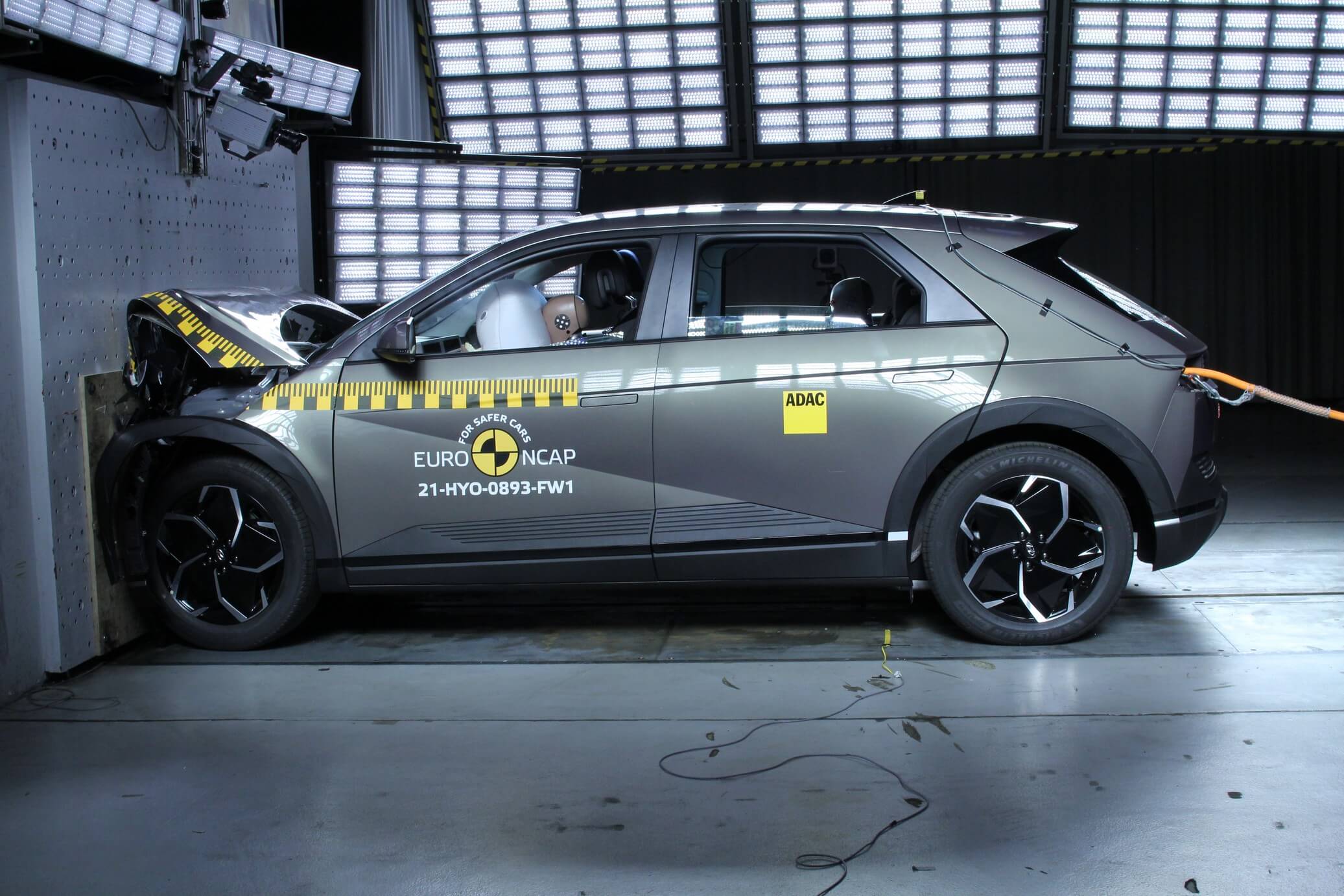 As far as the Hyundai Ioniq 5 is concerned, it also grabbed all five stars from Euro NCAP and posted the following scores: 88% for adult occupant, 86% for child occupant, 63% for vulnerable road users, and 88% for safety assist. It too has a central airbag, but it lacks the Mach-E’s active hood. In addition, the all-electric SUV from the Blue Oval features a side pelvis airbag.

It is also worth noting the South Korean electric SUV did not have car-to-car autonomous emergency braking (AEB), but that’s only because the particular car Euro NCAP tested, an Ioniq 5 GL in left-hand drive, lacked this feature. It’s optionally available when you order the Ioniq 5.

In case you haven’t heard, Euro NCAP is now complemented by Green NCAP, which is described as an “independent initiative which promotes the development of cars which are clean.” The reason why we are mentioning it is that the Ford Mustang Mach-E also grabbed five stars in that assessment. We are expecting the same result for the Hyundai Ioniq 5 since both have zero emissions.