Kia has already introduced a plug-in hybrid version of the new Sportage in some markets, but the revamped compact crossover is only getting a regular hybrid setup for the time being in the United States. Debuting at the 2021 Los Angeles Auto Show, the electrified family hauler aims to deliver 39 miles per gallon in the combined cycle and more than 500 miles of driving range.

At the heart of the 2023 Sportage Hybrid is a turbocharged 1.6-liter, four-cylinder gasoline engine working together with a 44-kilowatt electric motor and a small 1.49-kWh lithium-ion battery pack. With the power of the two combined, the total system output is a respectable 226 horsepower, delivered as standard to the front wheels or to an optional all-wheel-drive setup. In both instances, a six-speed automatic gearbox with a fancy rotary shifter channels the power to the road. 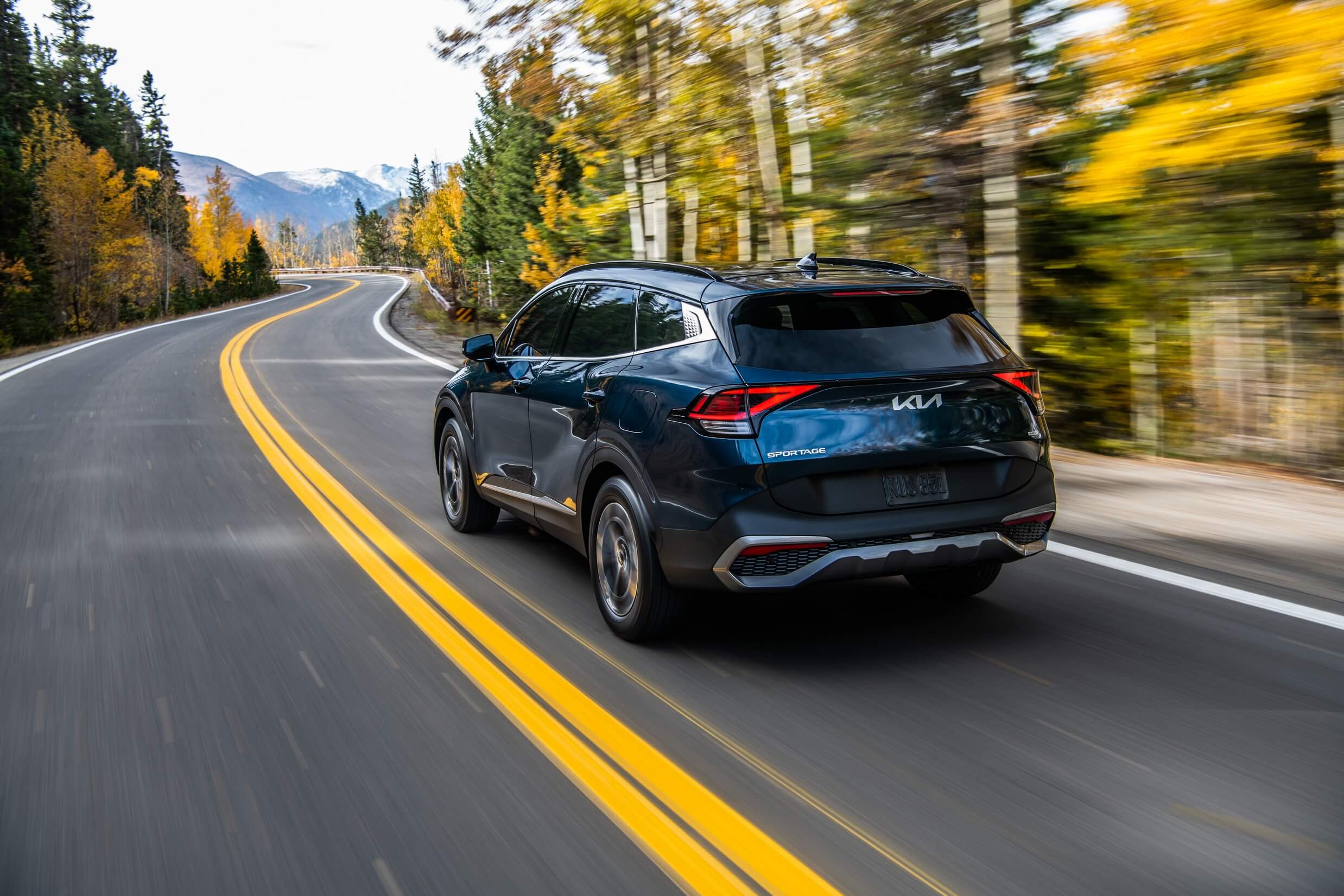 Bear in mind the most efficient version will be the FWD configuration since it’s slightly lighter than its AWD sibling. The latter is standard on the upper-spec EX and SX-Prestige trim levels and can be added at an extra cost on the base LX. Paddle shifters are standard, as are several selectable driver modes: Eco, Sport, Smart, and Snow.

While it looks nearly the same as the conventionally powered model, the 2023 Sportage Hybrid gets its own set of 17- or 18-inch alloy wheels along with “HEV” badging denoting it represents the electrified derivative. Kia says the crossover will tow as much as 2,000 pounds and will use an electro-hydraulic coupling with center-locking differential for the AWD version.

Even the entry-level LX gets wireless Android Auto and Apple CarPlay smartphone integration along with no fewer than nine driver-assistance systems, with much more available as optional features. Speaking of which, the dual 12.3-inch screen setup and Harman-Kardon sound system will also cost you extra, as will the 360-degree surround-view camera, and a wireless charging pad.

Following its public debut today in LA, the US-spec 2023 Kia Sportage Hybrid will go on sale early next year and aims to cut CO2 emissions by almost 40% compared to its predecessor.

Previous article2023 Subaru Solterra for the US has 220 miles of range, standard AWD
Next articlePorsche GT boss: next Cayman ‘might have a lot to do with electricity’