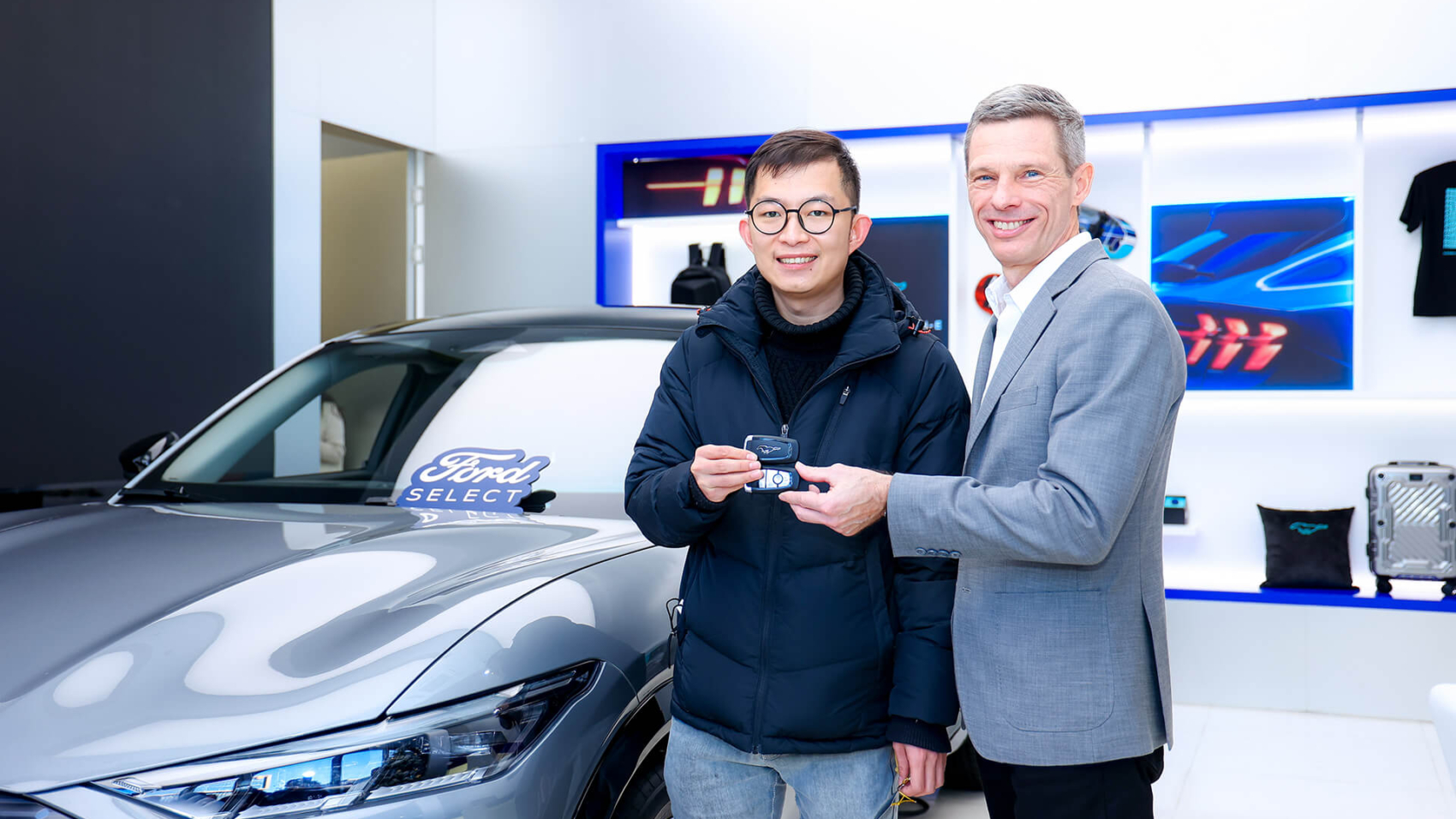 The electric SUV with a pony car’s name has been in production for over a year at the Cuautitlán Assembly in Cuautitlán Izcalli, Mexico from where it’s shipped all over the world. Since mid-October 2021, the Ford Mustang Mach-E is also being put together in China at the Chongqing plant. The Blue Oval has now kicked off customer deliveries of the locally produced EV in the People’s Republic.

The first vehicle was delivered on December 26 and Ford’s Chinese division is selling the Mustang Mach-E through its 25 direct-to-customer stores established in the country’s most important metropolitan regions. The very first person to take delivery of the hotly anticipated zero-emissions SUV is ad executive Jin Zhang pictured above on the left, with Ford China BEV Division’s general manager Mark Kaufman handing him the keys. 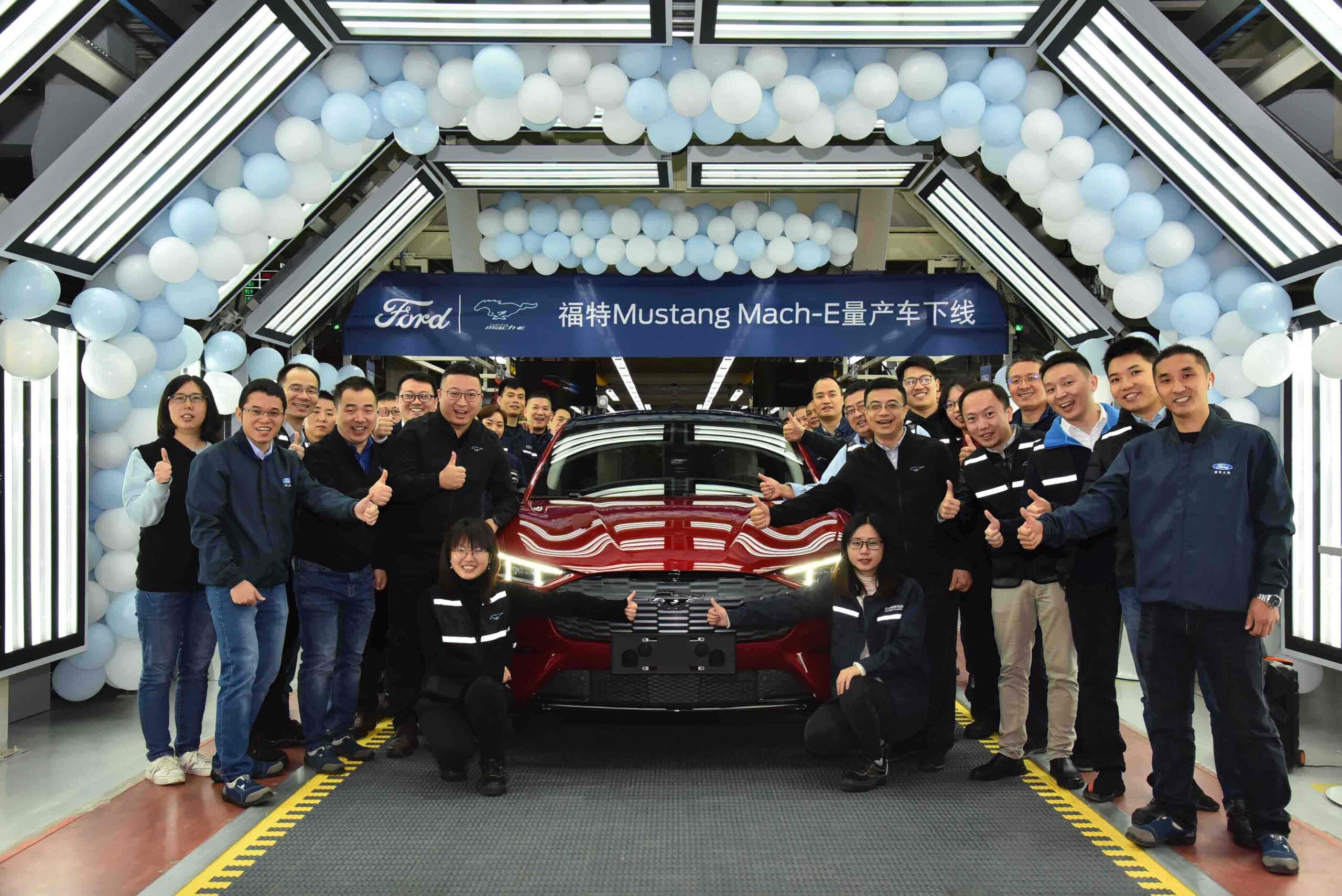 The sporty electric SUV is available in the world’s most populous country in several trim levels: RWD (long range), RWD Premium (long range), RWD (standard range), and GT First Edition. Those who were quick enough to buy one of the first cars will receive an upgraded car and battery warranty, not to mention hassle-free roadside assistance and a referral bonus.

Should charging the vehicle less often be your top priority, the RWD Long Range is the one to buy as it has been rated at 385 miles (619 kilometers) of range based on the China light-duty vehicle test cycle (CLTC). If a faster electric SUV is more to your liking, then the GT is the most suitable version courtesy of a combined output of 481 horsepower (359 kilowatts) and 860 Newton-meters (634 pound-feet) of torque. The electric, all-wheel-drive punch helps the Mustang Mach-E hit 62 mph (100 km/h) in only 3.65 seconds.

The model’s launch in China comes at the right time since more and more people are ditching their cars powered by internal combustion engines to adopt EVs. The fact it’s assembled locally also helps cut delivery times and further bolster the Mustang Mach-E’s popularity as it battles the Volkswagen ID.4 X and ID.4 Crozz also assembled in the country.