With Mazda being a relatively small automaker compared to Japanese giants such as Toyota and Honda, it’s understandable why the Zoom-Zoom company is fashionably late to the EV party. It is trying to make up for lost time with the MX-30 and its RX-8-styled rear doors, and to our surprise, another electric crossover is coming.

Without making a prior announcement, Mazda has quietly unveiled the CX-30 EV this week in China during the Auto Shanghai. “Quietly” because official images have not been provided, with only a couple of shots taken right on stage with the zero-emissions crossover. The new EV is going to be assembled locally by the Changan Automobile and Mazda joint venture starting later in 2021. 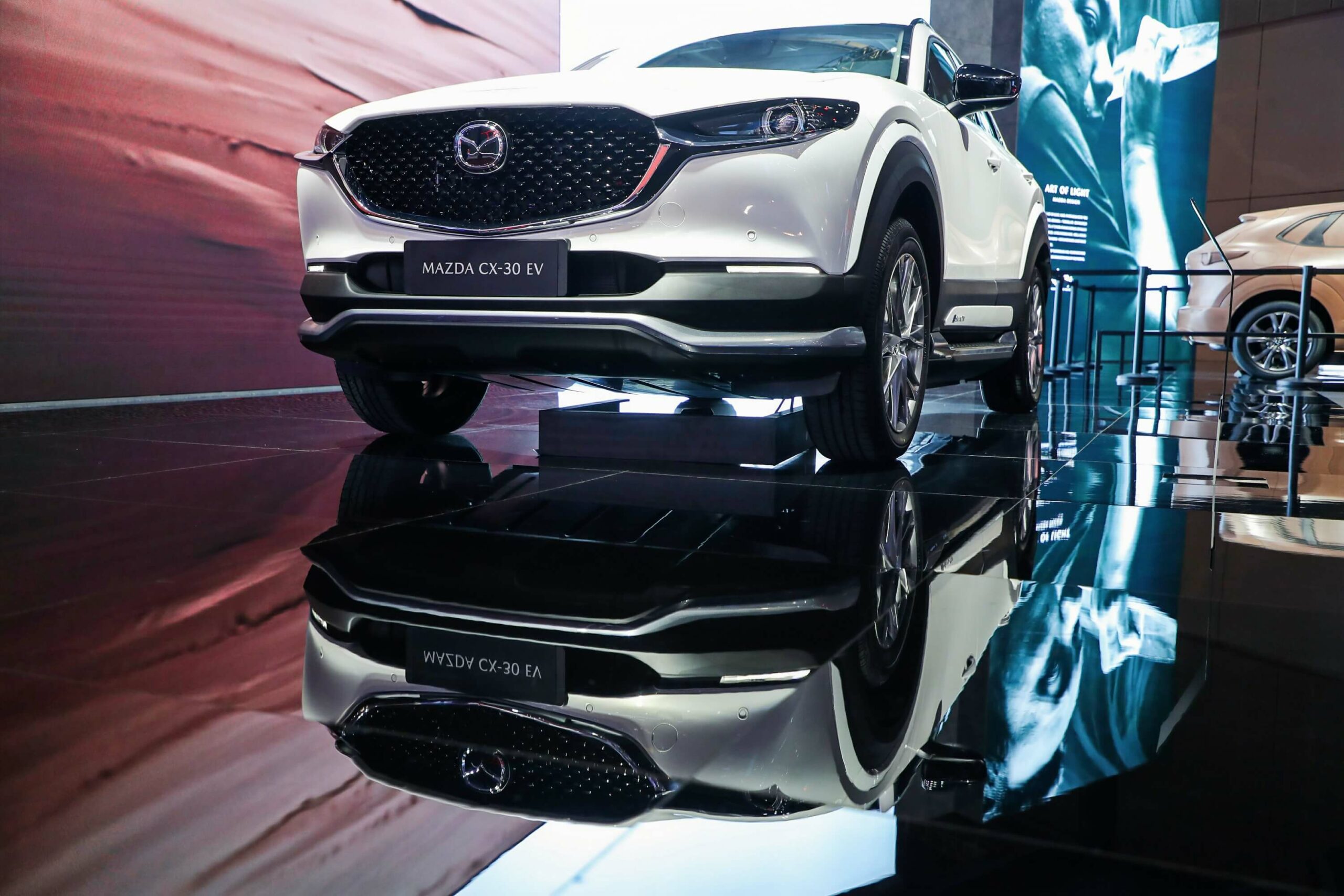 It won’t clash with the MX-30 because Mazda is not selling its first electric crossover in the People’s Republic, meaning the two EVs won’t overlap. Technical specifications are shrouded in mystery, other than the fact it will feature an e-SkyActiv powertrain also used by the MX-30. We’ll remind you the latter has a front-mounted electric motor good for 141 horsepower and 264 Newton-meters (194 pound-feet) of torque.

See also  James Dyson: Here is what my electric car would have looked like

We’ll have to wait and see whether the CX-30 will feature identical technical specifications or it will use a localized configuration of the powertrain to better suit Chinese requirements. There’s not much to say about the styling as it closely echoes the conventionally powered model, confirming this is an electric adaptation of the regular CX-30 rather than a vehicle developed from the start as an EV.

It does appear to be sitting slightly higher than the gasoline-fueled CX-30, presumably because the battery pack is positioned underneath the vehicle. There are some silver body accents and new side steps, but the exterior appearance has been largely carried over from the standard crossover available globally.

With the release scheduled to take place in the second half of the year, we’re expecting Mazda to publish images and a specs sheet in the coming months.