One of the oldest vehicles Toyota sells in the United States, the Sequoia has been around in its second-generation guise since the 2008 model year. Thankfully, for the upcoming 2023MY, the fullsize SUV will transition to an all-new platform that will usher in a complete exterior makeover and a revamped cabin. Through the teaser image (above) released today, we find out the world premiere will take place next Tuesday, January 25.

Other than the tailgate proudly carrying the “Sequoia” lettering, there’s not much to see at this point. The taillights appear to be quite wide and are interconnected through a thick metal bar positioned above the license plate. The rear bumper appears to have a glossy black trim and carries a plastic/rubber protection on the upper section to avoid scratches when you’re loading/unloading items from the cargo area.

The previous teaser image (below) released a few days ago provided a closer look at the rear quarter with the taillights extending onto the fender where a prominent character line continues onto the doors. Chunky wheel arches painted in the same color as the body hinted at a luxurious trim level. However, we are expecting plastic cladding for an off-road-oriented version that could be part of the lineup. 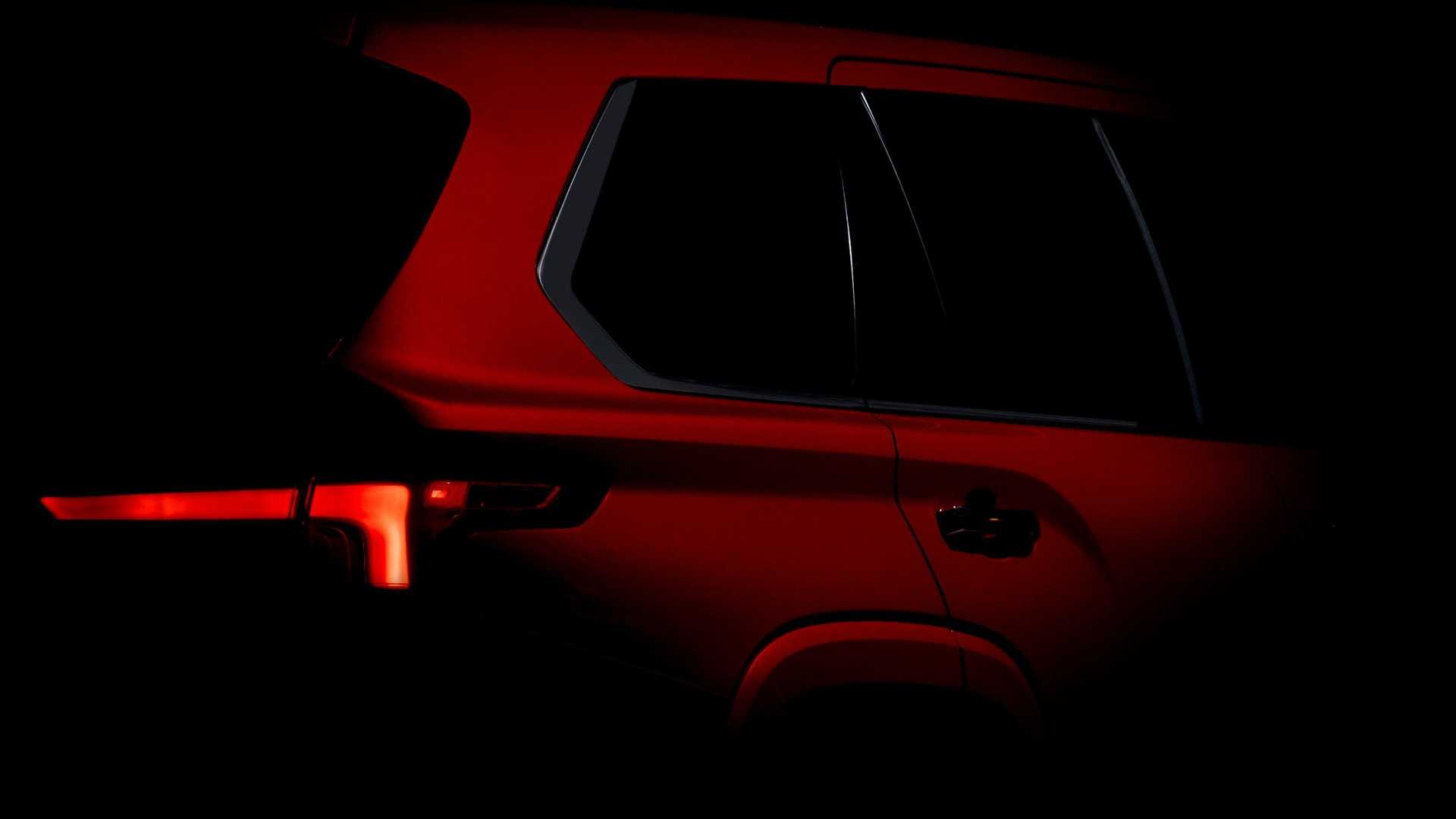 Logic tells us the 2023 Sequoia will be mechanically related to the new Tundra. The big pickup truck can be had with an optional i-Force Max powertrain, which is Toyota speak for a hybrid setup. It should come to the SUV as well and offer a similar if not identical output of 437 hp and 583 lb-ft (790 Nm) of torque. At the heart of the hybrid system is an electrified twin-turbo V6 engine sending power to both axles via a new 10-speed automatic transmission.

The TNGA-F architecture underpinning the 2022 Tundra is a body-on-frame platform, so you can rest assured the next-gen Sequoia will be more than capable off the beaten path. The hybrid setup should also make it one of the most fuel-efficient SUVs in the fullsize segment, but let’s wait for the EPA numbers to come out.