The future M4, available today – that’s how we would describe the BMW i4 M50. As automakers are gradually moving away from combustion engines, the era of electric sports cars is approaching. Bavaria’s first attempt at an M car with no emissions doesn’t skimp on performance for the sake of efficiency. Yes, it’s a heavy car and not as nimble as the inline-six counterpart, but give BMW time and they’ll narrow the gap.

There is one performance aspect that cars equipped with gasoline and diesel engines will never match an EV. We’re talking about the near-instant torque delivered by an electric motor. The BMW i4 M50 happens to have two of them, one at the front and another one at the back. With the Sport Boost function turned on, the pair of e-motors unleashes its full potential.

Sport Boost is more than just marketing fluff since it adds 68 horsepower (50 kilowatts) and 65 Newton-meters (48 pound-feet) for over 10 seconds. The 0 to 62 mph (100 km/h) is listed at 3.9 seconds, which is just about the same real-life number obtained by YouTuber Refuel. 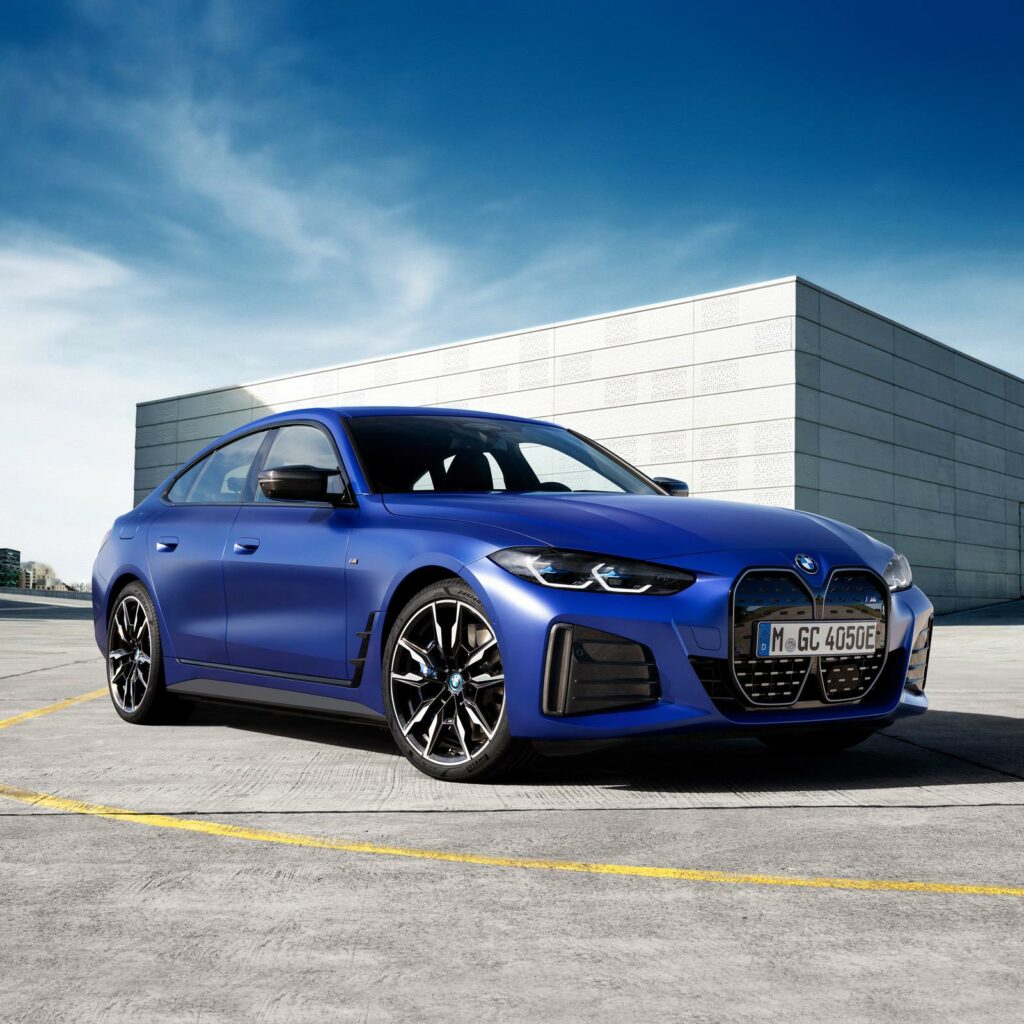 At its full capabilities, the BMW i4 M50 offers 544 hp (400 kW) and 795 Nm (586 lb-ft). There’s a dedicated icon in the instrument cluster that shows how much extra power is available and for how long. Without the Sport Boost mode activated, it needed up to 4.3 seconds to complete the run. It’s a significant performance difference, but the electric gran tourer remains plenty quick even in normal mode.

Even though the BMW i4 M50 comes with xDrive, the damp road might’ve negatively impacted the car’s sprint to some degree. A state of charge higher than the 55% seen here might’ve had a positive influence in the straight line, too. Nevertheless, 3.9 seconds is nothing to scoff at. It’s especially true coming from a car that weighs no less than 2,290 kilograms (5,048 pounds)…

Previous articleLamborghini Confirms Hybrid For 2023, PHEV For 2024, And EV For 2028
Next articleTop Gear pits the BMW i4 eDrive40 vs Polestar 2