BMW: “i3 Is Being Retired Because Customers Want Bigger Electric Cars”

After nine years on the market and more than 200,000 vehicles produced, the BMW i3 heading towards a well-deserved retirement. The announcement didn’t come as a shock, but it’s still sad to hear the quirky EV will be no more from July. The pint-sized hatch arrived before the electric boom, which is why it suffered from poor sales in the early years. Well, the lack of government incentives for electric cars also played its part.

While most vehicles enjoy their best years in terms of sales during the first part of the life cycle, it was the other way around for the i3. So much so that BMW extended the model’s production run to meet strong demand. You could say it aged like a fine wine, but all good things must come to an end. Why is the company pulling the plug now?

Customer tastes have changed, and people are looking for something else when shopping for EVs. Specifically, the typical buyer wants a bigger and therefore more practical car than the i3. That’s the explanation given by a BMW spokesperson in an interview with German publication Automobilwoche, a sister site of Automotive News. But it’s not the only reason. 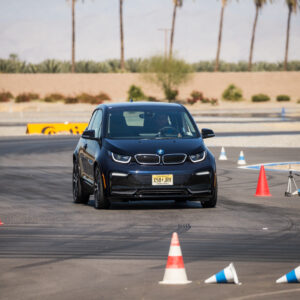 The company representative went on to specify electric cars should look “normal” in the sense they should mirror combustion-engined models. Well, that’s certainly not the case for the i3. While any other car from 2013 looks more or less outdated, the diminutive hatchback still seems like it traveled back from the future.

Automobilwoche says “quite a few BMW employees” have found the exterior design polarizing, mainly due to the unconventional shape. Apparently, the styling has “deterred many customers”. Even to this day, it’s unclear whether i3 has made any money with the EV and its range-extending counterpart.

The other EVs don’t have the same design “problem” as the i3 since BMW has shaped them like traditional cars. It will be the same story with the 7 Series / i7 and 5 Series / i5 pairs. The iX1 and MINI Countryman EV – which are seen as the i3’s indirect replacement – won’t rock the boat design-wise. In addition, the BMW spokesperson believes the two have the potential to generate much higher sales than the i3 by being considerably larger and consequently more spacious.

Previous articleTesla Says The Average Cost To Build A Car Dropped To $36,000
Next articleVideo: Audi e-tron GT vs Audi Ur Quattro