After the EQS and EQE electric sedans were revealed last year, Mercedes is now gearing up to introduce their SUV equivalents. The bigger of the two will be out first as the three-pointed star has now released a comprehensive batch of teaser images depicting camouflaged prototypes. The 2023 Mercedes EQS SUV is currently undergoing final testing before entering production in the United States at the Alabama factory towards the end of the year.

To iron out any last-minute kinks, Mercedes is conducting testing in various regions across the world, including in Germany at its Testing and Technology Center in Immendingen. Prototypes are also being evaluated in France, Finland, Austria, Dubai, Italy, Spain, the United States, Japan, China, Mexico, and South Africa.

The EQS SUV has been in development over the course of four years and will essentially be a high-riding version of the sedan, but with an optional third row of seats. It certainly won’t be able to match the ultra-low 0.20 drag coefficient of the sleek EQS, but it should still be among the sleekest SUVs ever. We’re expecting it to inherit the same massive 108-kWh battery, but likely won’t match the sedan’s maximum range of 785 kilometers (488 miles) WLTP due to being heavier. 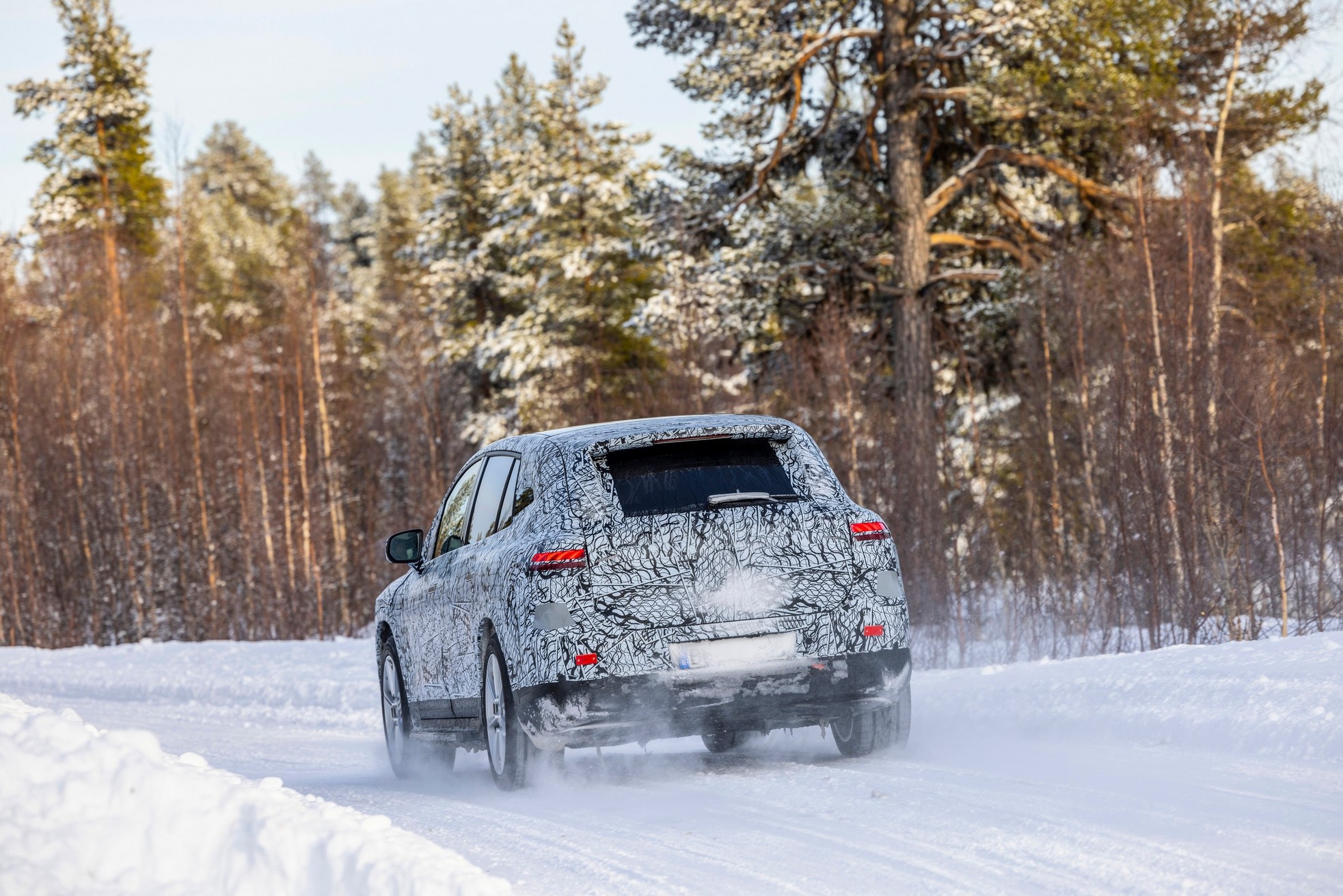 As far as the lineup is concerned, it should mirror that of the EQS sedan, kicking off with a rear-wheel-drive 350 model packing a single electric motor with 288 hp. Up next should be the 450+ with 329 hp, followed by the 580 4Matic with dual motors and 516 hp. We’re expecting the range topper to be called EQS SUV 53 AMG 4Matic+ offering 751 hp.

Essentially an electric alternative to the GLS, the fullsize EQS SUV will boast air suspension as standard equipment, along with a dedicated offroad mode (with hill descent control). From a 360-degree camera to a front passenger display playing movies, the electric luxobarge will be chock-full of high-tech features.

Shortly after the EQS SUV’s debut later this year as a 2023MY, the smaller EQE SUV will follow suit. It too will be built at the plant Tuscaloosa, Alabama.