The Volkswagen Group is the latest car manufacturer to announce massive investments in electrification in the United States. The automotive conglomerate has pledged to spend a whopping $7.1 billion in the next five years in North America to bolster its EV portfolio. In addition, some of the funds will be used to increase local production and boost R&D efforts.

In the long run, the VW Group will launch more than 25 new EVs by 2030 when it estimates 55% of annual new car sales will be represented by models without a combustion engine. Leading the way will be the ID.4 electric SUV set to enter series production later this year at the Chattanooga factory in Tennessee.

The hotly anticipated ID. Buzz van will hit stateside in 2024 and will be followed from 2026 by a series of new electric SUVs. Meanwhile, the Mexican factories in Silao and Puebla are going to be upgraded to accommodate the assembly of EVs and electric motors by 2025. Not only that, but the VW Group is working towards localizing major engineering and design duties by the end of the decade. 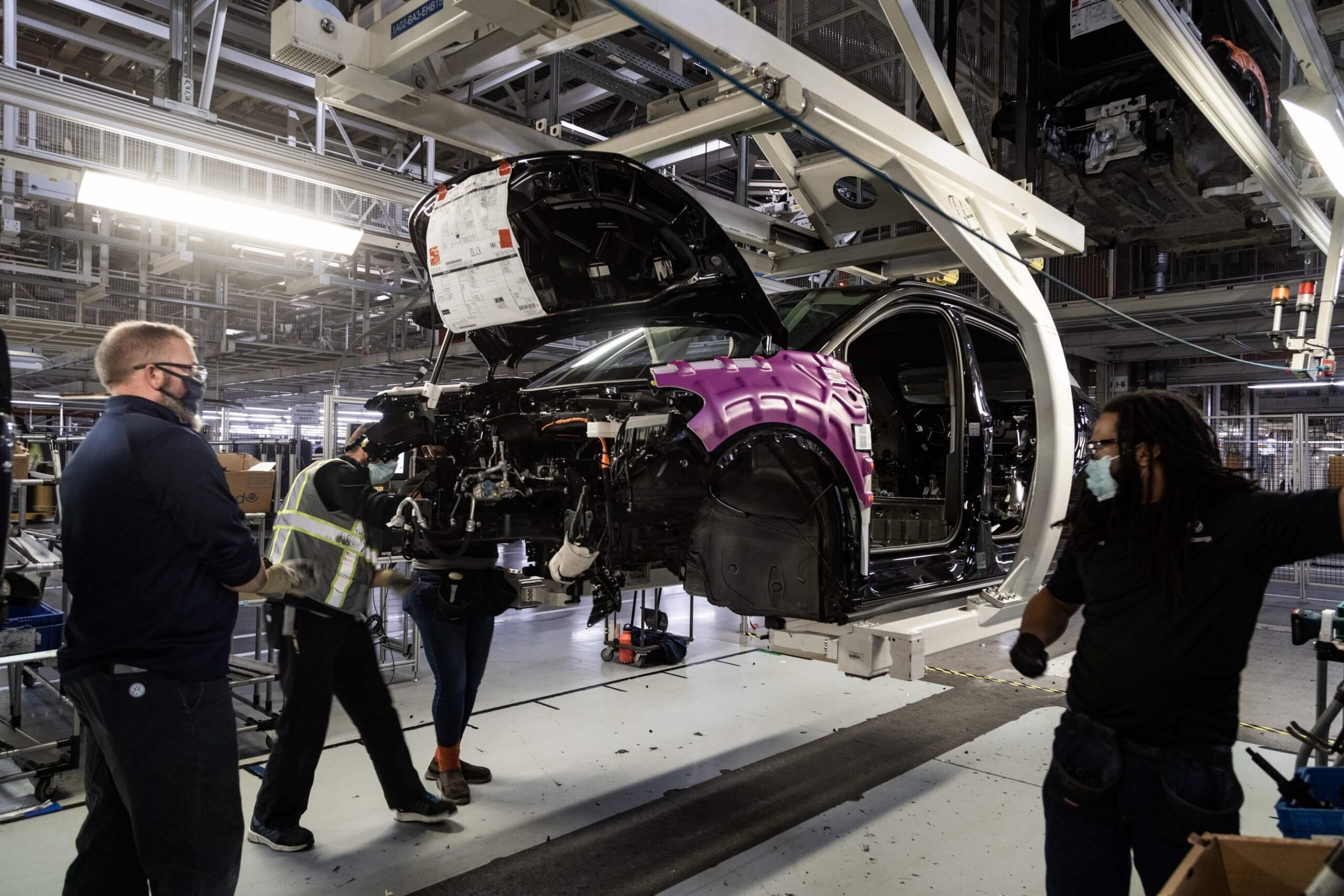 Future EVs from the VW core brand as well as Audi and other marques sitting underneath the same corporate umbrella will ride on the MEB platform and the forthcoming SSP. From May 2022, the Chattanooga-based Battery Engineering Lab (BEL) will be up and running following a $22-million investment. It’ll be used to test and validate batteries for all VW-badged EVs to be sold locally.

As far as R&D is concerned, the Center of Excellence (CoE) NAR Battery will be working closely with Quantumscape to make solid-state batteries feasible for large-scale production. At the same time, CoE is collaborating with 24M to perfect battery cell design for greater efficiency and packaging.

To support the new wave of EVs, the VW Group will ramp up battery cell production in the United States.