Rolls-Royce continues the testing trials of the upcoming electric Spectre in South of France. Rolls calls this stage of the Spectre’s development ‘finishing school.’ It’s the part when the Spectre learns how to be a proper Rolls-Royce. This ‘finishing school’ stage will consist of 2.5 million kilometers of total driving. Of those 2.5 million kilometers, 625,000 will be done in the French Riviera, on and around the Côte d’Azur.

On and Off Track Testing

The first half of its French testing session took place at the Autodrome de Miramas proving ground. The former site of the 1926 Grand Prix, Mirimas is now a high-tech test facility for BMW Group, with 60 kilometers of tracks and closed road courses. There’s 3.1 mile high-speed bowl, handling circuits with tricky cambers and tight corners, and even sections with standing water, all to test the Spectre’s handling, speed, and durability. 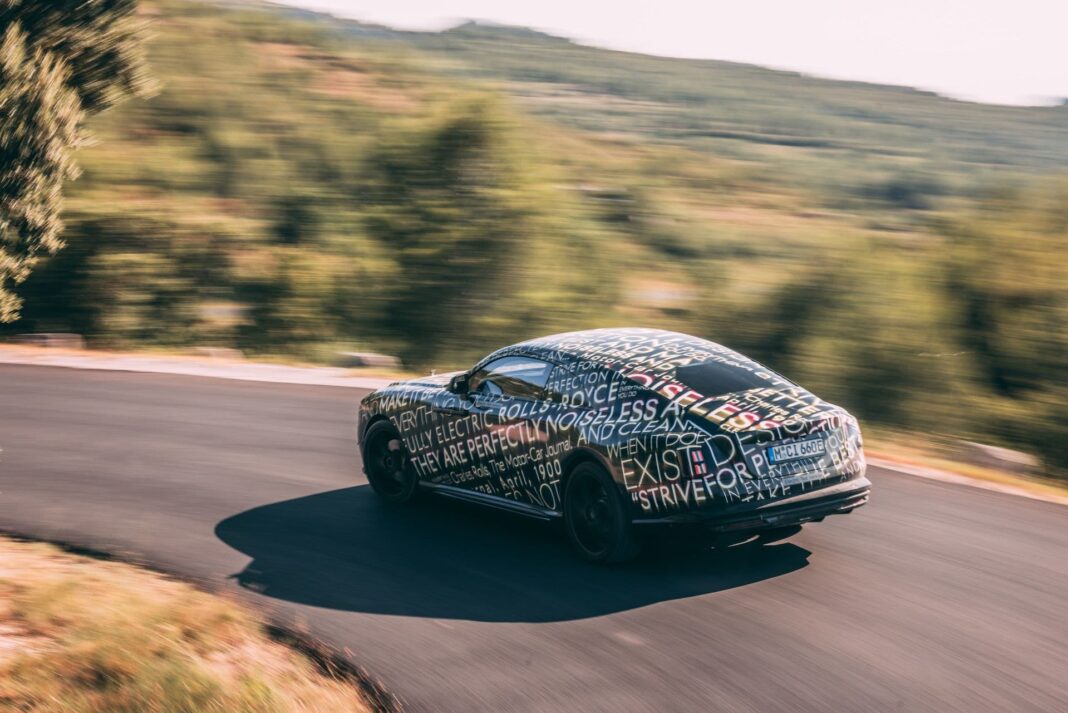 Next, Rolls-Royce Spectre is going to spend the rest of its time in France driving through the stunning Provençal countryside. About 55-percent of the Spectre’s testing will take place on the very roads where many of its customers will be driving.

Rolls-Royce isn’t just testing its ride, comfort, cabin noise, powertrain, and range. It’s doing those too but it’s also focusing on the all-new, highly-advanced systems in the Spectre. Not only is the Spectre Rolls’ first electric car, it’s also the most high-tech car the brand has ever made. There are more than 1,000 computing functions, with 25,000 subfunctions, all of which make the Spectre the most digitally complex Rolls in history. 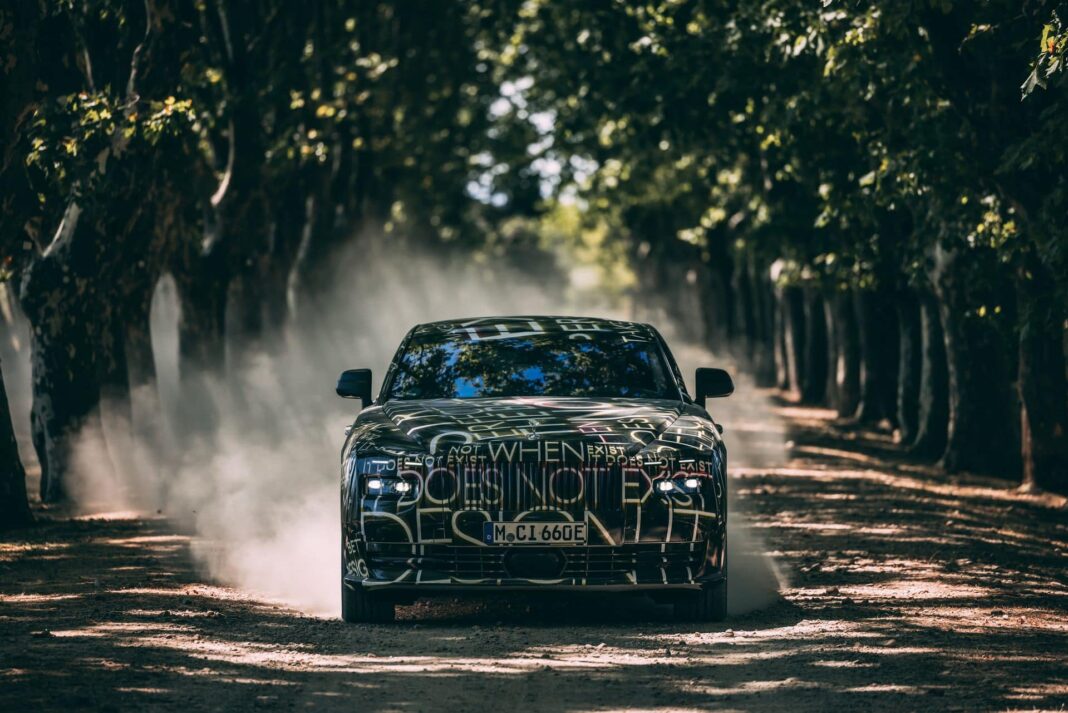 The chassis of the Spectre is stiffer than on any other Roller, it has an advanced electronically controlled roll-stabilization system, the latest Flagbearer suspension system, and active anti-roll boars. The first of which keeps the car nice and flat through corners, so passengers aren’t sloshed around in the back seat. The Flagbearer system uses sensors, cameras, and navigation information to detect bumps in the road and turns up ahead, before the car even reaches them, and it pre-load the suspension. And the active anti-roll bars decouple on straight roads, which not only allows more wheel travel over bumps but it also prevents bumps on one side of the car from affecting the other side. 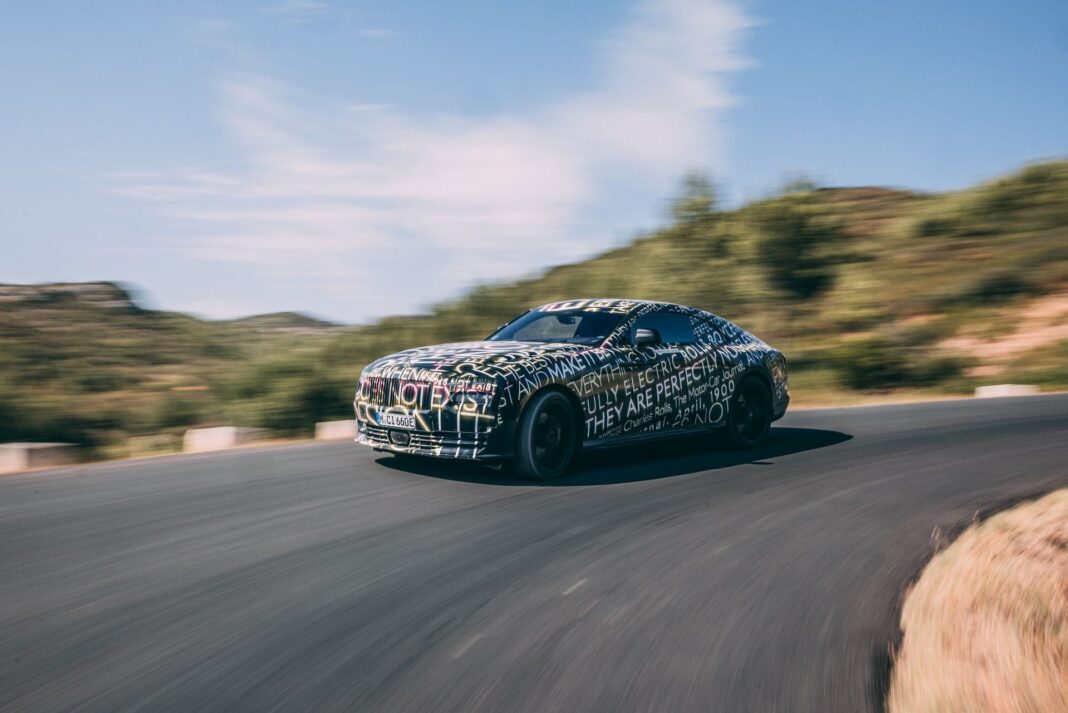 The Spectre is also the most aerodynamic Rolls-Royce ever made. Being an electric car, it needs to be as absolutely efficient as possible, which means it needs the most efficient aero as possible. Thanks to its testing at Mirimas, and the tweaks that came from lessons learned there, the Rolls-Royce Spectre has a coefficient of drag of 0.25, which is great for such a big, brick-like car.