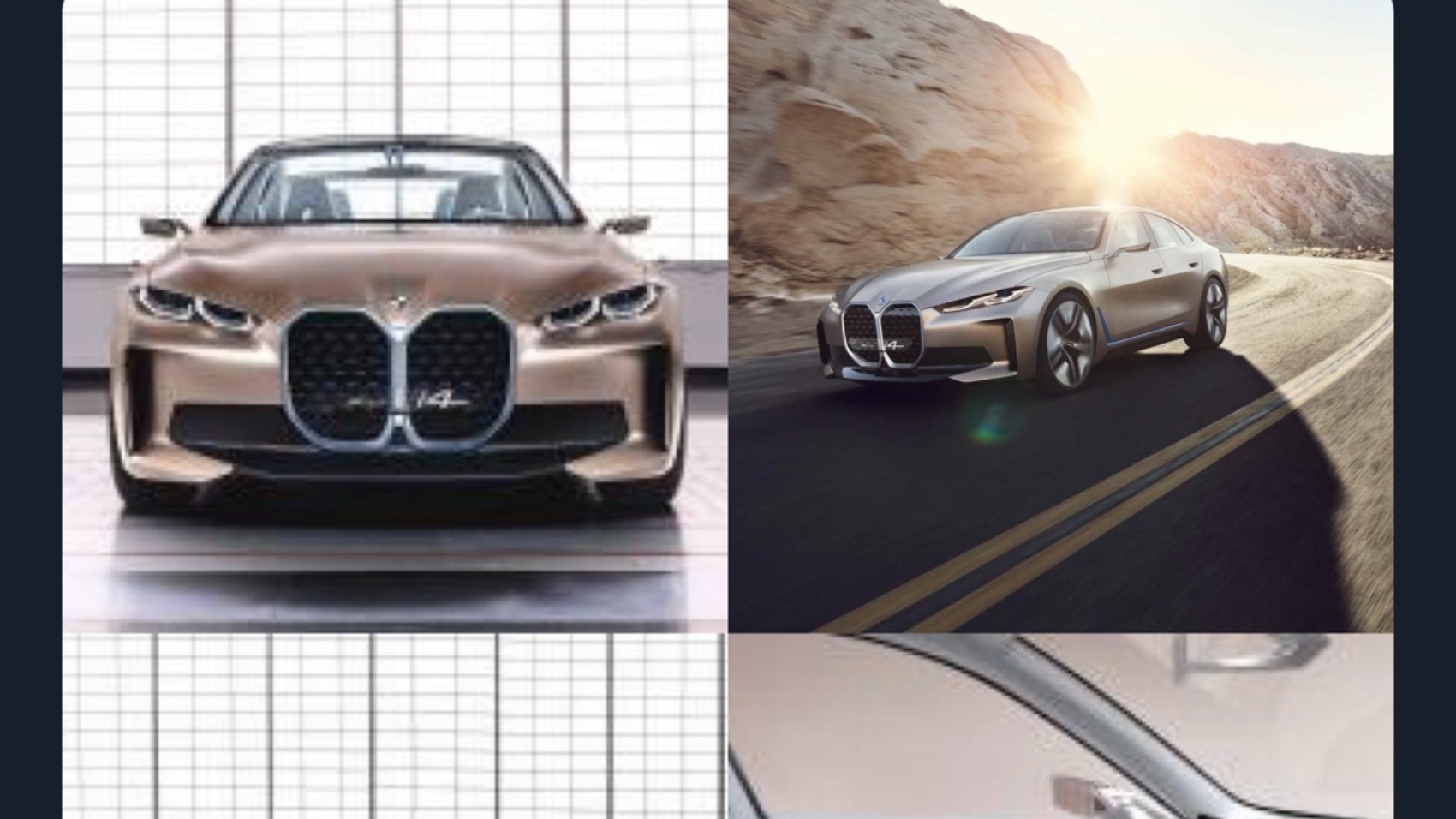 The new BMW Concept i4 was leaked ahead of its online reveal. Some members of the press received photos of the BMW i4 Concept early, so they could have articles and videos up the moment the embargo lifts.

It’s a courtesy the BMW provides journalists, so long as said journalists adhere to the embargo agreement. However, sometimes certain publications decide to leak those photos early, or simply make mistakes in readying articles, and photos get leaked.

The BMW Concept i4 leaked photos reveal a front end which is very much what we expected, after seeing the BMW Concept 4 from awhile back. It’s very bold and very aggressive, thanks to its enormous grilles and angular headlights.

Its profile is very pretty and well proportioned, with a nice interpretation of the brand’s famous Hofmeister Kink. It also sports some muscular rear haunches and nice short overhangs, so it looks quite sporty and athletic.

Out back, it’s on par for the course with BMW Concepts. It sports massive rear diffusers at either side of the rear end, rather than one continuous diffuser, which is unusual but interesting looking.

Inside, the BMW Concept i4 sports a light grey/white/bronze color scheme on the inside that looks very futuristic. It’s also the most high-tech looking BMW cabin, with two massive screens on the dashboard, similar to those found on Mercedes-Benz products.

However, despite being one single housing, the screens seem to curve toward the driver, which is nice.

The full reveal is coming up so stay tuned for more info and photos!