Volkswagen ID.5 Launch Delayed Until May 6 Due To Supply Shortages

Volkswagen took the wraps off the ID.5 in early November 2021 but it has yet to deliver a single car to customers. As a matter of fact, the German automaker has even had trouble supplying demo cars to dealers due to supply shortages. The ongoing war in Ukraine caused by Russia has greatly impacted the automotive industry, specifically in terms of wire harness supply as many manufacturers are based in the war-torn country.

For this reason, VW has now decided to push back the launch of the electric coupe-SUV until the first week of May. The ID.5 together with its sportier, all-wheel-drive ID.5 GTX sibling is going to be assembled in Germany at the Zwickau factory. Production at the plant has been paused due to parts shortages but will be operational once again next week.

Series production of the ID.5 commenced at the end of January but was later interrupted by the geopolitical situation in Ukraine. At the same factory in Zwickau, the VW Group also makes the ID.3 and ID.4 electric vehicles for its core brand, plus the Cupra Born and the Audi Q4 E-Tron / Q4 E-Tron Sportback. All of them ride on the MEB platform, which has also underpinned the Skoda Enyaq and Enyaq built at home in the Czech Republic at the factory in Mladá Boleslav. 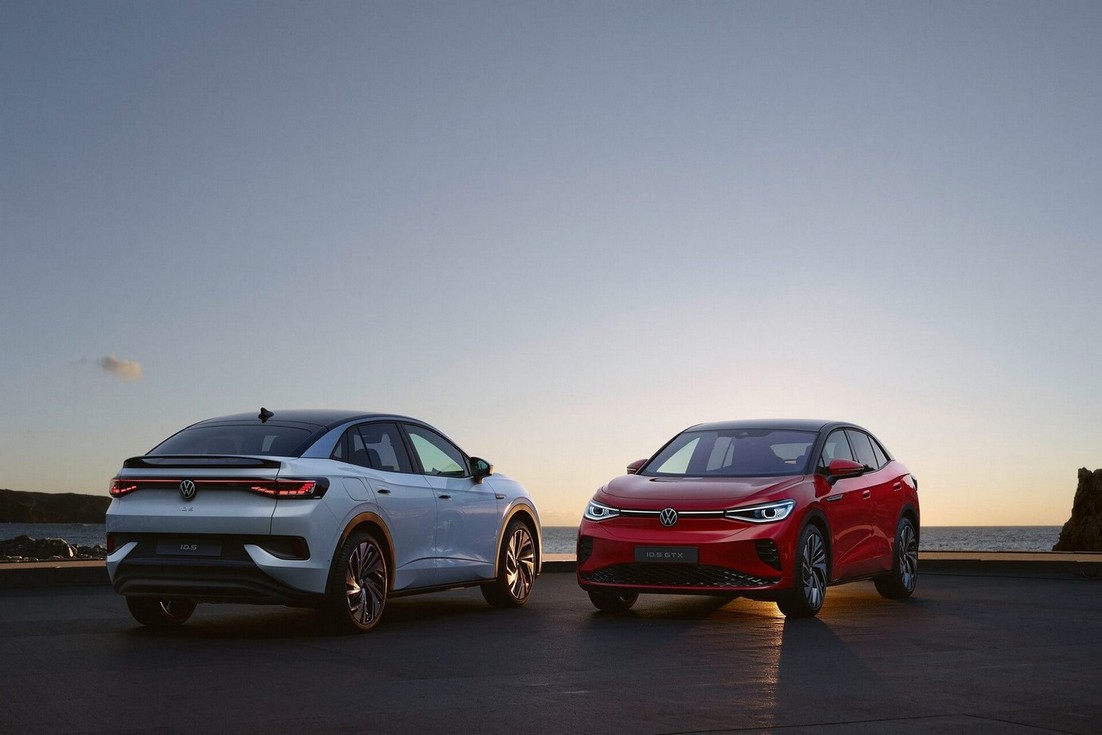 Already ruled out for the United States, the ID.5 is essentially a coupe-styled version of the popular ID.4 It’ll be offered in Europe in the Pro, Pro Performance, and GTX trim levels. Depending on the configuration, power will vary from 174 hp to around 300 hp. In its sportiest version, the swoopy SUV has dual motors and all-wheel drive to hit 62 mph (100 km/h) in 6.3 seconds. Flat out, it’ll reach an electronically governed top speed of 112 mph (180 km/h).

Another model the US doesn’t get is the ID.6, a larger three-row SUV made in China for the local market. The EV is not available in Europe either, but there are reports about VW importing 15,000 units per year to the Old Continent. However, nothing is official at this point.

Previous articleIs Audi RS6 e-tron Avant coming to market?
Next articleBMW i7 xDrive60 will go on sale this year in United States