After the cancellation of the 2020 Geneva Motor Show, due to Coronavirus precautions, the Bavarians decided to launch its BMW Concept i4 via livestream on the same day of its original Geneva debut. Today. While we can’t see the car in person, as we would have if it were revealed in the land of cheese and chocolate, we still get to see what the brand’s sedan of the future is like.

The BMW i4 Concept may be just that, a concept car, but it’s extremely close to production-ready, from what we’re told. So the car you’re seeing in pictures right now will be extremely similar to the car you’ll see on auto show stands and, eventually, on the road. Just, with road-legal headlights, mirrors and some windshield wipers. 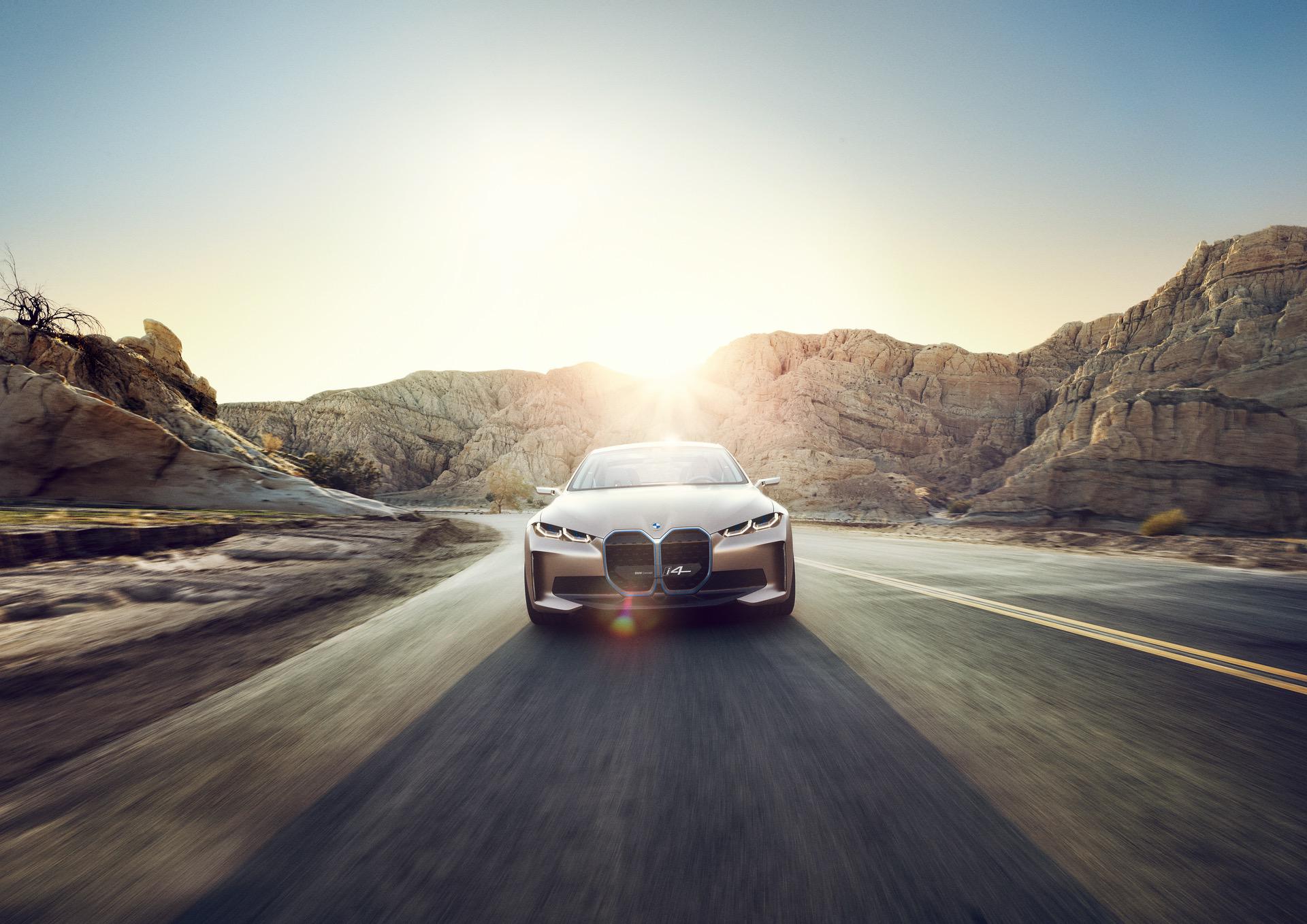 Which is a very good thing, as it’s the perfect blend of present and future. The design is radical yet attractive and exciting yet familiar. Sure, its monster kidney grilles are going to cause some controversy but we’ll all get used to it and it actually sort of works on an electric car, despite the irony.

Big Kidneys Are Here To Stay

What’s interesting is that those enormous grilles do actually serve a purpose. Rather than be used to bring air into an engine, as the BMW Concept i4 obviously has no engine, the signature kidneys have become what BMW calls “Intelligence Panels”. So they now house a variety of sensors, which is actually quite clever. The headlights also dance on a line between old and new, as they still retain the same four-eyed design but in a much sleeker, more vertical layout.

Out back, the BMW Concept i4 gets quite plain looking taillights but they get balanced out by two massive diffusers, one on either side of the rear end. Those rear diffusers are trimmed in blue, as are the grilles and side skirts, to signify its BMW i heritage.

One little design touch that might go overlooked to some is its door handles. For the first time in a very long time, BMW has ditched extruding, outward door handles, in favor of flush ones that pull upward.

Overall, the BMW i4 Concept is an interesting looking car. Its proportions are spot-on, with a long nose, an aggressive roofline, muscular rear haunches and short overhangs.

Sleek And Minimalistic On The Inside 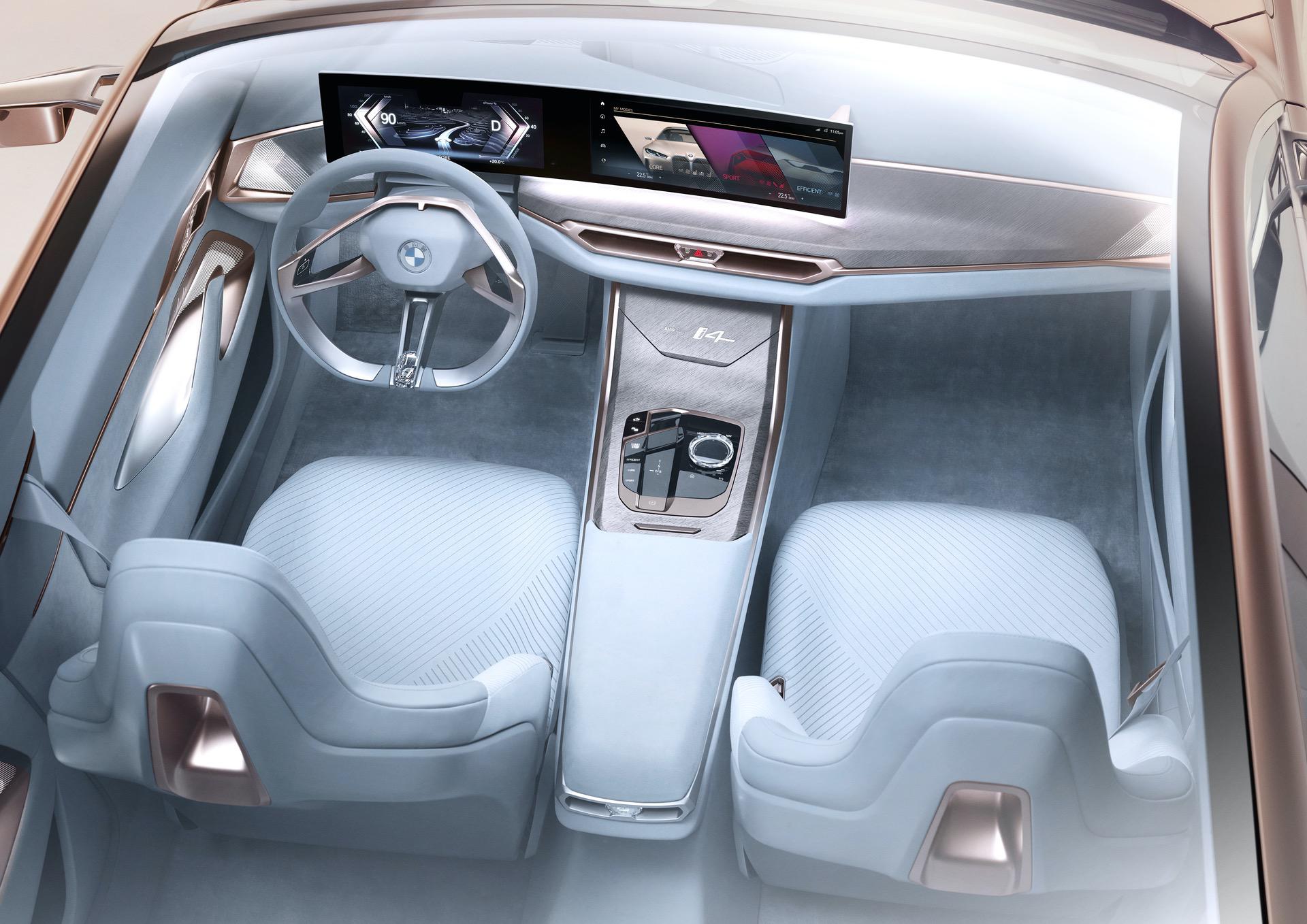 Thankfully, there’s little to complain about inside the BMW Concept i4. When the BMW i3 debuted back in 2014, it had one of the most unique and interesting interiors of any car ever made. The BMW Concept i4 seems to be following that trend. Its cabin is rich with white leather and fabric, golden-bronze accents and tons of technology.

That spindly steering wheel is gorgeous and the seats look both supportive and minimalist. The dual screen layout is similar to that of a Mercedes-Benz, except for the fact that the screens are angled toward the driver, like a proper BMW.

Those screens, along with the interior’s plentiful ambient lighting, change colors depending on the car’s drive mode. There are three different drive modes for the BMW i4 Concept; Core, Sport and Efficient.

The ambient lighting and screen graphics will change, based on said modes. For instance, the digital gauges, which BMW now (painfully) calls “Widgets” will change from Core to Sport to Efficient, giving the driver the exact sort of information needed. 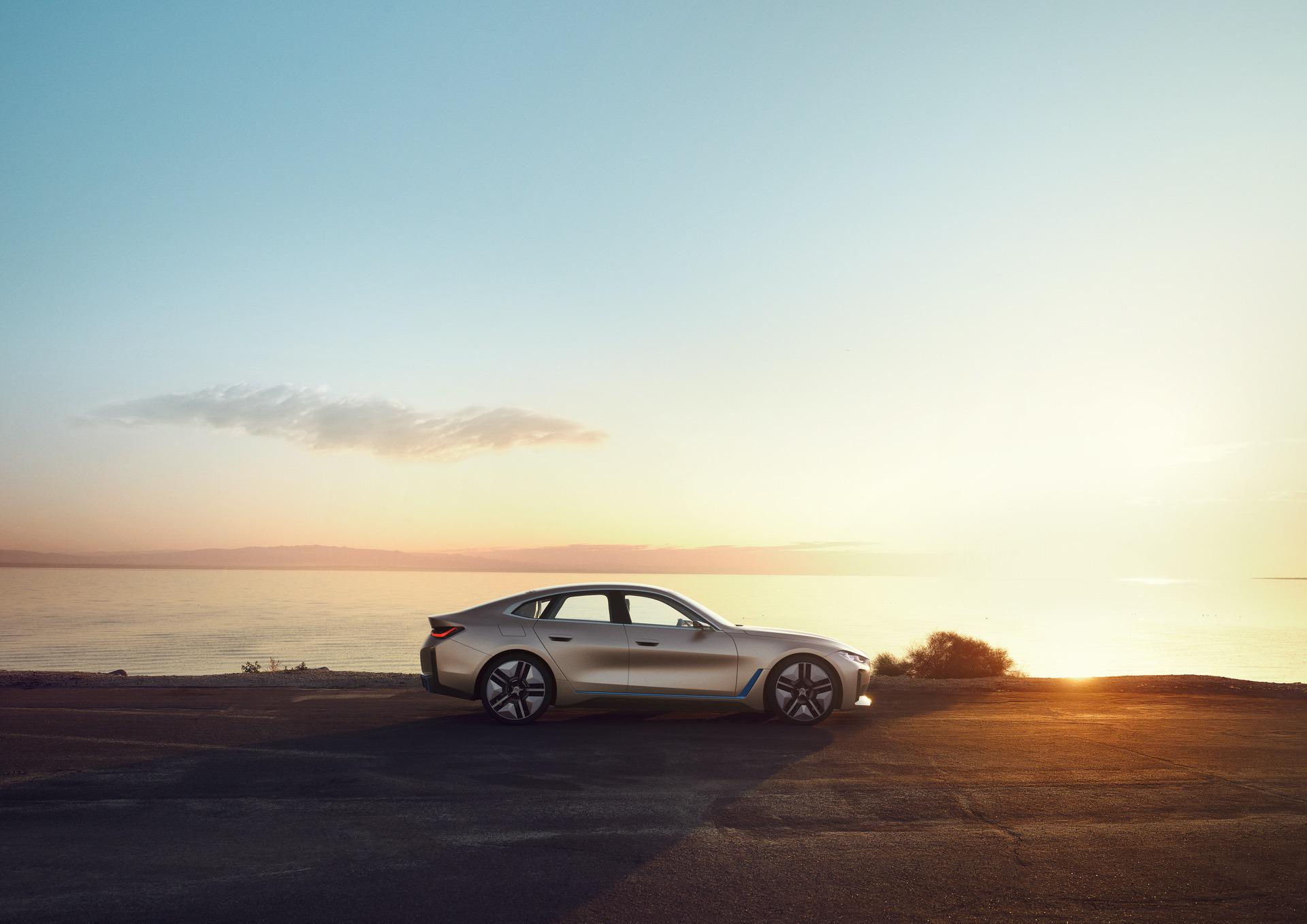 What’s even less controversial is what’s under the skin. Powering the BMW i4 Concept is the brand’s latest fifth-generation eDrive powertrain, which consists of the electric motor, power electronics and charge unit, all in one. In the i4, this eDrive powertrain will create a whopping 530 hp and help it reach 60 mph in four seconds flat, all while netting a maximum 373 miles on the WLTP cycle.

The battery pack is an 80 kWh unit and is supposedly comprised of very thin batteries, allowing it to be stored extra low in the belly of the car, further reducing its center of gravity while also increasing interior space. It weighs roughly 550 kilograms

The electric motor developed for the BMW i4 generates maximum output of up to 390 kW/530 hp.

Its monster power and performance will make it exciting in a straight line but BMW also insists that the i4 will be a thrilling car to drive, laterally, as well. So it’s said to handle and feel like a proper sports car, just one without an internal combustion engine. 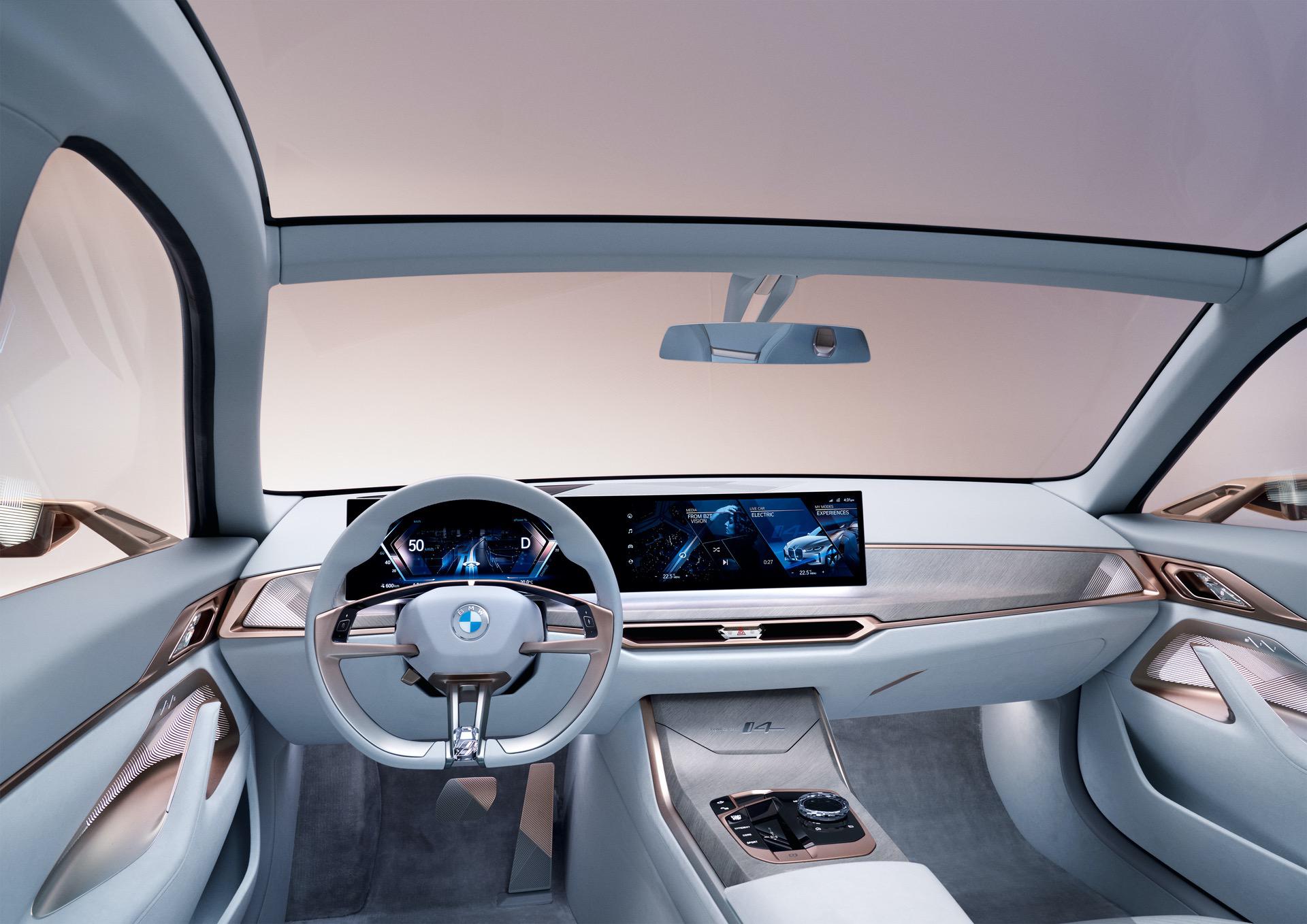 Speaking of its lack of internal combustion, BMW also wants the i4 to sound exciting. So it’s been given an audible soundtrack by Hans Zimmer, the famous composer. Zimmer has created a sound, for both interior passengers and outside pedestrians, that will give the BMW i4 Concept, and presumably the production car, a unique and exciting experience.

It’s called BMW IconicSounds and, aside from press release jargon, we really have no idea what it’s going to sound like. Still, I think it’s a good idea to give it an exciting sound, even if it is synthetic, as it will make driving an electric car more fun.

The BMW IconicSounds will also change based on driving mode, from Core to Sport to Efficient, giving it a different feel depending on which mode you’re in. It will also make certain sounds when the doors are opened and the car is started. So you won’t miss the theater of starting a 530 hp sport sedan. Very good.

When Will It Be Available?