Since the arrival of the BMW X2, it’s seemed to be a vehicle without a purpose. It’s too small to be a proper crossover and it’s too big to be a sporty hatchback. While it’s said to be the stylish alternative to the X1, there are more stylish cars from BMW that can be had for similar money, so it just seemed like the answer to a question that nobody asked.

Until now, that is, as a new plug-in hybrid model has released, giving it real purpose — the BMW X2 xDrive25e. 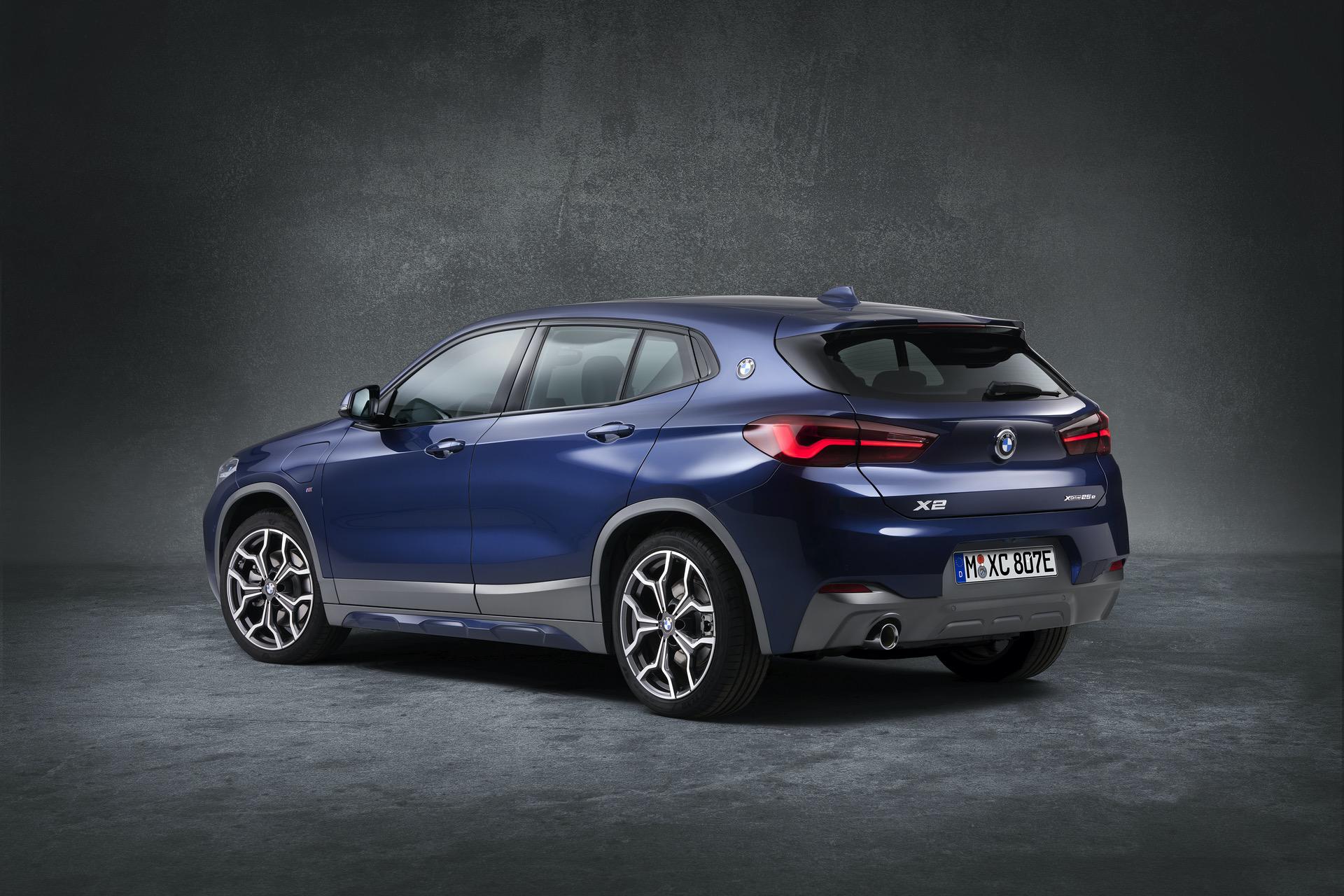 The X2 xDrive25e is the first-ever hybrid model of the X2 and it brings with it BMW’s latest electrified technology. Under the hood of the new hybrid X2 is a 1.5 liter turbocharged three-cylinder gasoline engine, making 125 horsepower. The engine sends that power through a six-speed automatic transmission to just the front wheels. 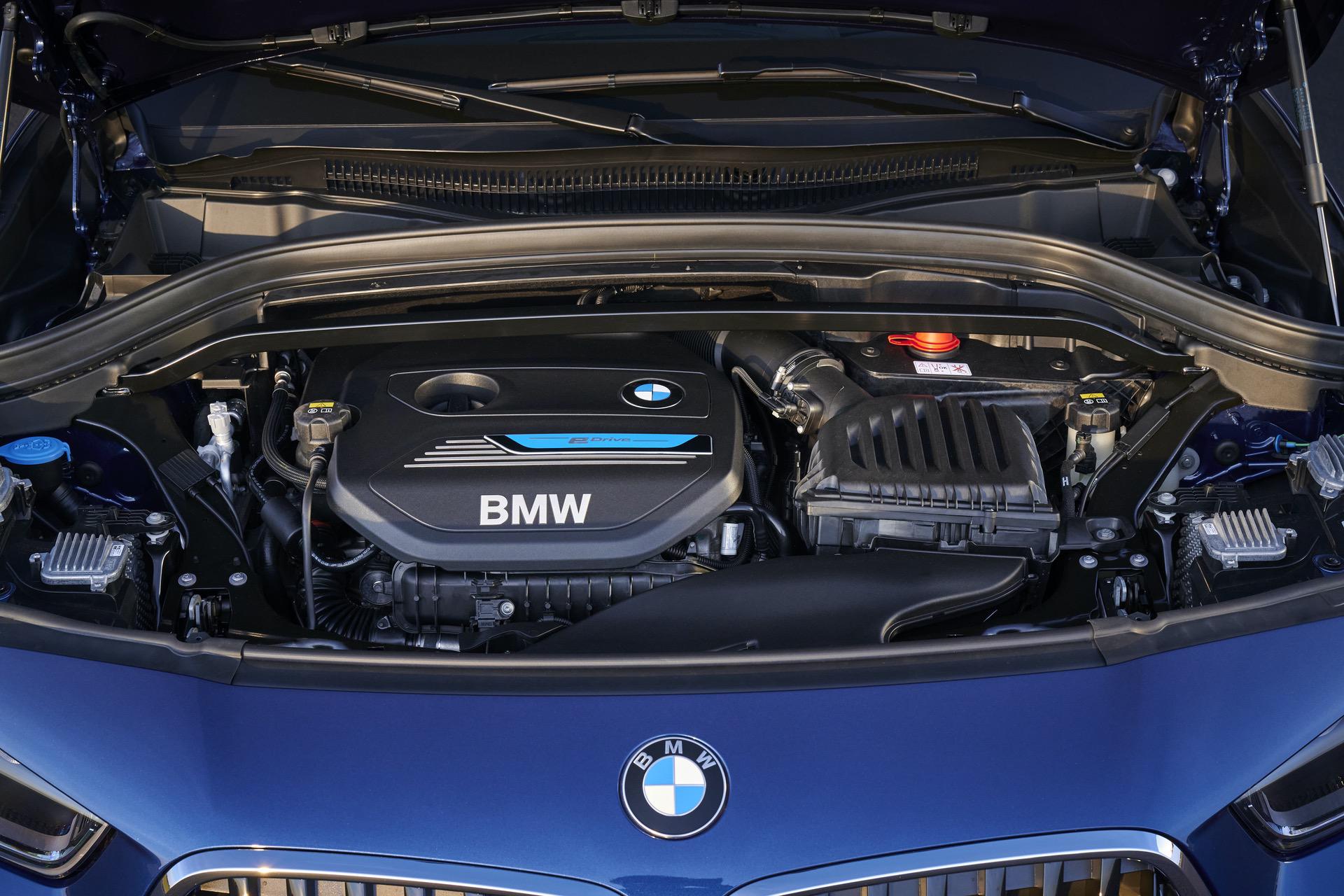 Powering the rear axle is BMW’s fourth-generation eDrive electric motor, designed for plug-in hybrids, which makes 95 horsepower. Combined, the two make a total system power output of 220 horsepower, 269 lb-ft of torque and true all-wheel drive. According to BMW, the X2 xDrive25e can get from 0-60 mph in 6.8 seconds, which is only four tenths of a second behind the purely gas-powered X2 xDrive28i. 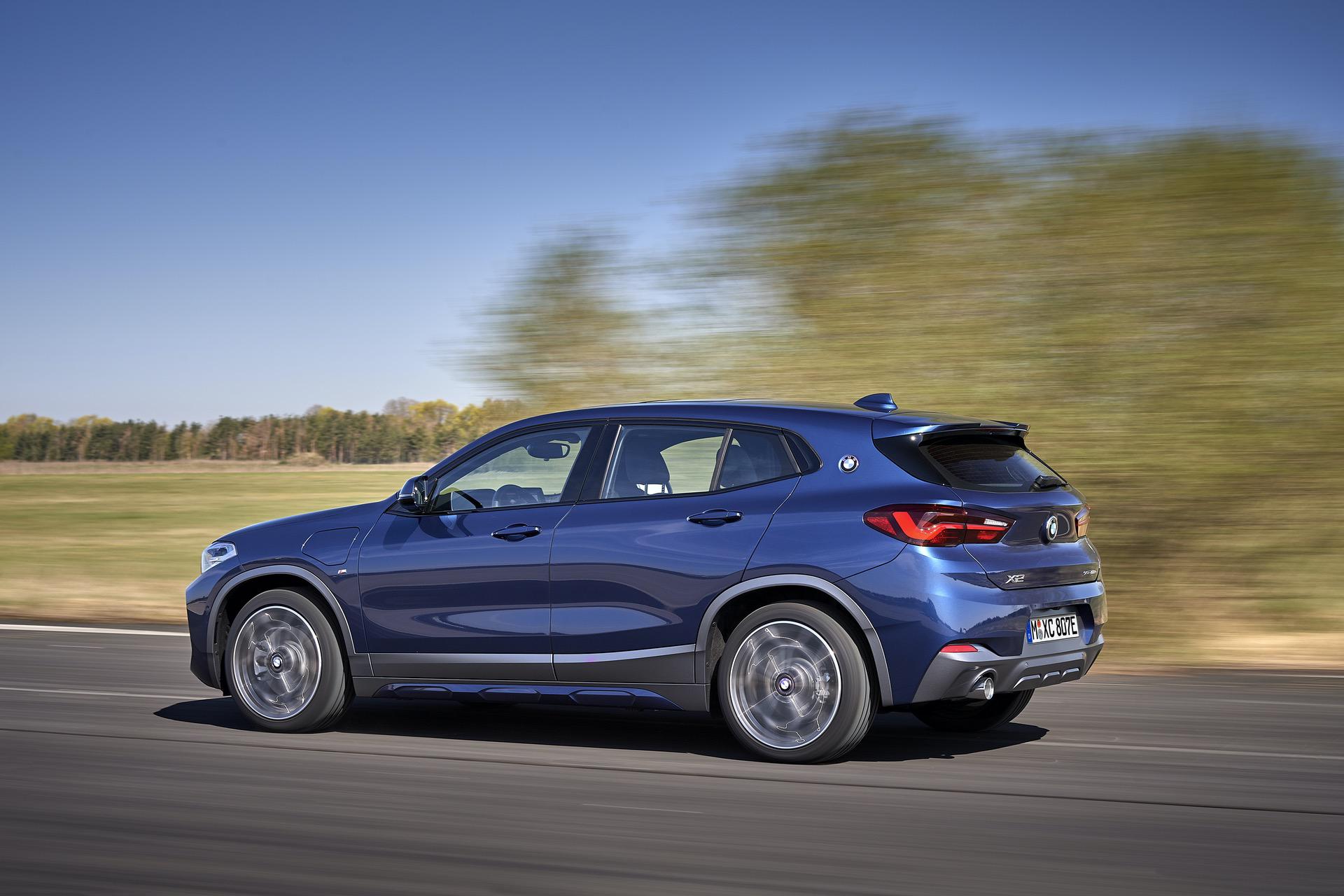 Providing power to the electric motor is a 10 kWh battery pack, which is admittedly quite small. However, despite it’s small size, it actually provides the X2 with a surprisingly impressive all-electric range of 57 miles. Making it even better is the fact that, in all-electric mode, the BMW X2 xDrive25e is rear-wheel drive.

To charge the X2 xDrive25e, you can either buy a BMW i Wallbox or use a standard at-home outlet. With the Wallbox, you can fully charge the X2, from flat to full, in 3.2 hours, with an 80-percent charge taking around 2.4 hours. Surprisingly, the regular home outlet only takes 3.8 hours to get from flat to 80-percent, though it does take around five hours for a full charge. 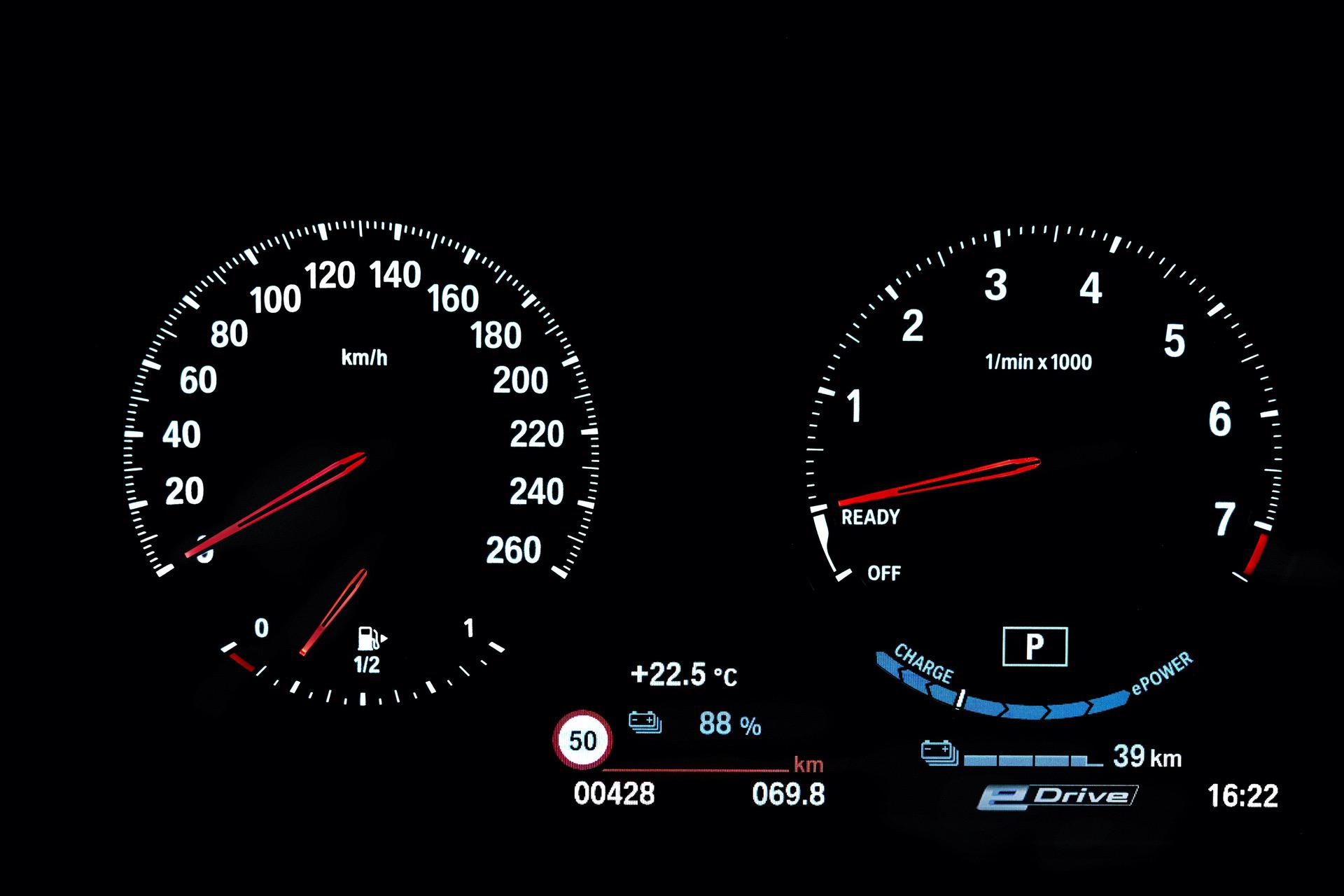 Like most BMW hybrids, the BMW X2 xDrive25e has a familiar suite of driving modes. In addition to the standard modes, there’s also Auto eDrive and Max eDrive. The Auto eDrive mode, uses its brain to intelligently switch between hybrid and fully-electric mode, using the engine and motor to their highest efficiency.

The Max eDrive mode uses solely the electric motor for as long as possible and will even allow a top speed of 135 km/h (83 mph) using only its EV motor.

There’s also a Save Battery mode, which maintains a certain state of charge by using the engine to power the car and also continuously charge the battery, so that you can save its charge for a certain time.

For instance, if you’re taking a relatively long journey but know you’re going to be in a dense urban environment toward the end of it, or in an area that restricts internal combustion usage, you can save a specific amount of charge for that area. 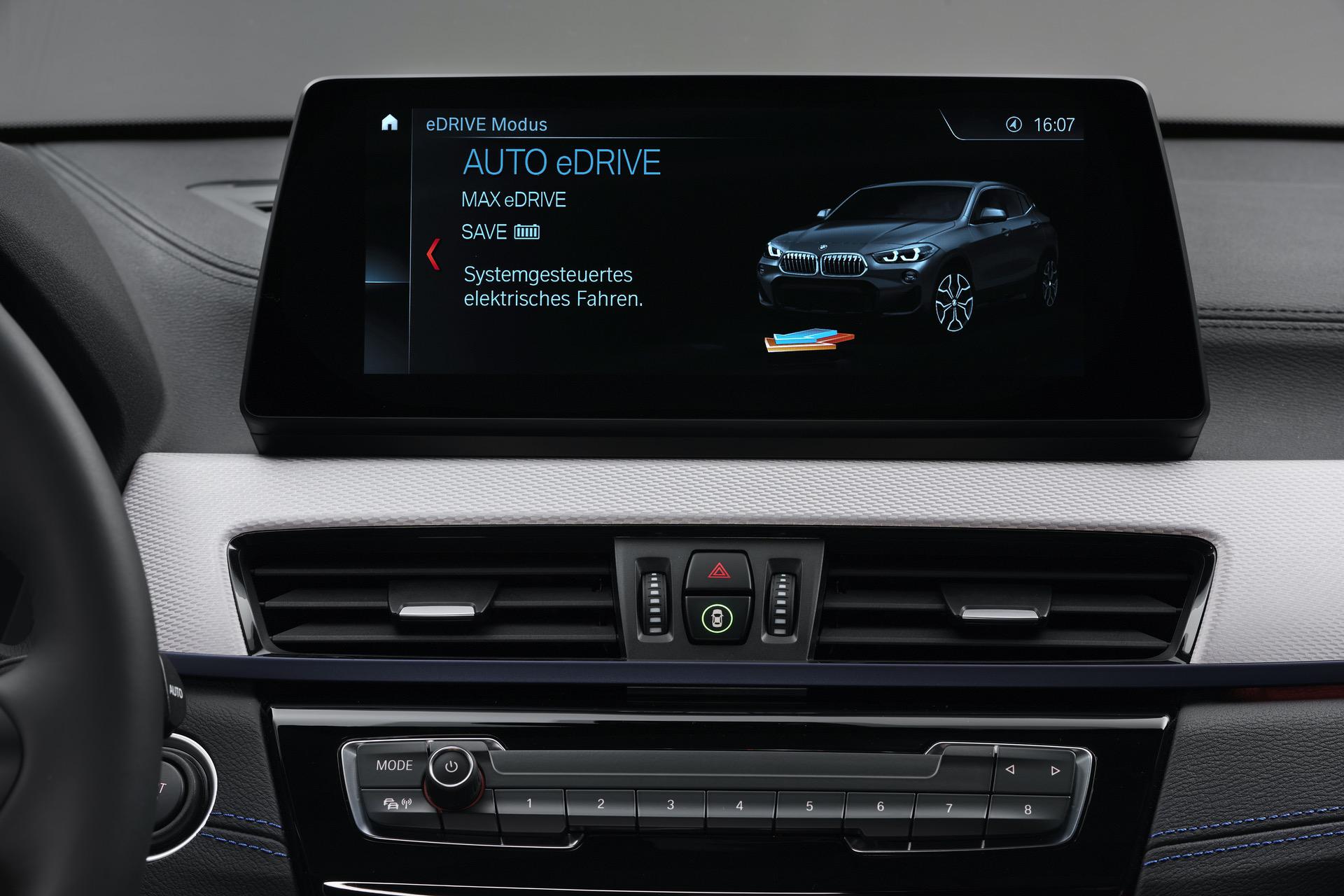 Aside from the powertrain, there’s not too much of a difference between the BMW X2 xDrive25e and a standard X2. It gets some exterior tweaks, such as the new front fascia that lacks foglights. Instead of the round foglights typically found in the front bumper of the X2, the new hybrid model gets new “Bad Weather Lights” built into the LED headlights.

It also gets a lowered ride height, dropping 10mm lower than the standard car. So it should actually feel sportier than normal. 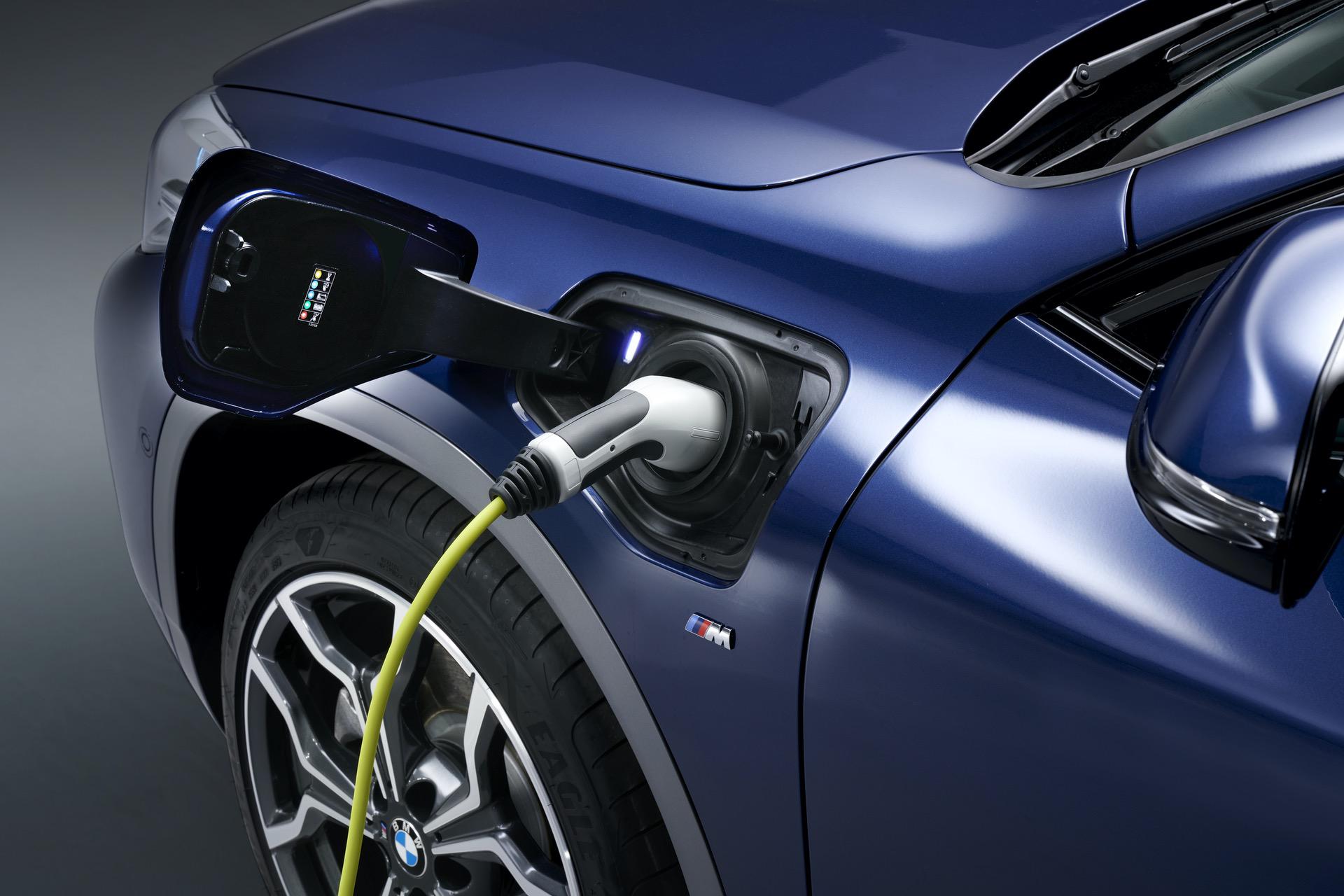 Now that the BMW X2 has a hybrid model, it makes a lot more sense. While it’s not going to be cheap, as no X2 model is, the BMW X2 xDrive25e will still be the cheapest way into a hybrid BMW and it’s one that actually has some surprising specs.

Nearly 60 miles of all-electric range is shockingly good for just a 10 kWh battery pack, especially when you consider the uber-lightweight, carbon-fiber BMW i3 only had around 81 miles of range when it first debuted.

When you consider the fact that the X2 xDrive25e is about as fast as the normal four-cylinder model, but offers hybrid technology, all-electric range and a rear-wheel drive mode, it seems to be the most compelling X2 package. When it finally debuts, the hybrid X2 might just be the best X2.