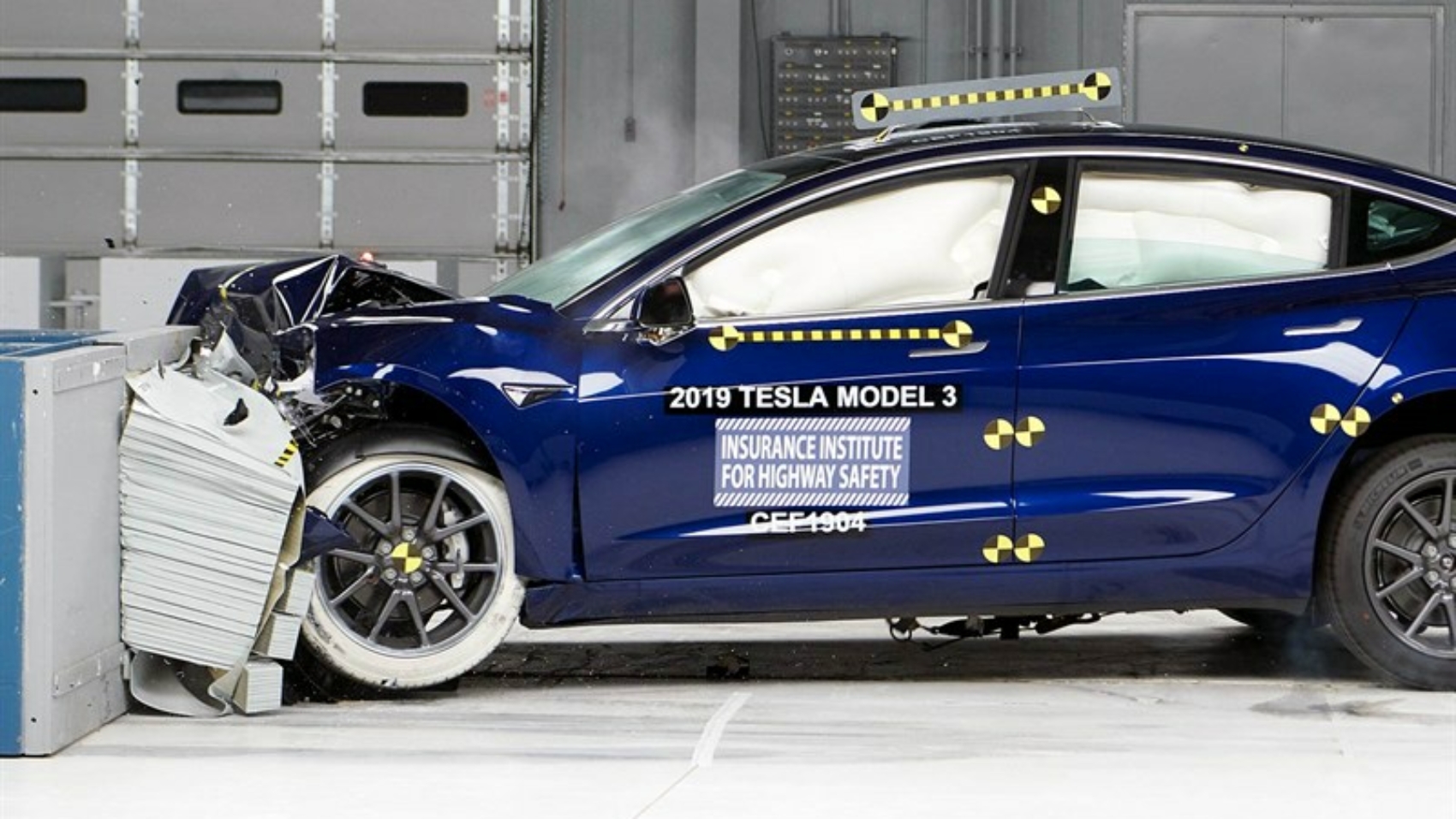 You’re considering buying an electric car because they have low maintenance costs and because you won’t suffer from “range panic”. But at the same time, you also are a family man and you must ensure that your new electric vehicle is going to protect them in a case of a serious crash.

Car crashes are a lot more common than you think and even if you are the perfect driver, you can still be involved in an accident. In 2017, The European Commission registered 25,300 fatalities and 135,000 seriously injured people. Even though road fatalities decreased by 57.5% between 2001 and 2017, the numbers are still huge.

The decrease in car crashes is obviously due to better driving-assistance technologies, designed to prevent collisions automatically, but we have to wait until autonomous driving is a reality to see the victim numbers heading towards zero.

So today, let’s talk about how electric cars react to crashes.

Many of you might have watched the TV Series “The Grand Tour” by the three famous car journalists Jeremy Clarkson, Richard Hammond and James May. If you did, you might recall the episode where Hammond crashes his Rimac C Two (1,900 Horse Power) and suddenly the car catches fire.

See also  Self-charging hybrids vs. Plug-In Hybrids – What's The difference Between Them

Well, there’s a scientific explanation for this.

While petrol and diesel-powered cars need a spark to ignite, electric cars’ batteries (which are made of lithium-ion cells) do not require it. A really bad car crash can cause quite easily a short circuit in the batteries, which in turn causes an intense heat generation. If the heat is high enough to ignite a single Lithium-ion cell (which are sensitive to heat), it will spark and will cause a chain reaction, causing the other ion cells to catch fire afterwards.

Now you might think that even the smallest car crash is going to ignite your car just like in a GTA video game, but don’t worry. Car manufacturers constantly improve their fail-safe circuitry designed to shut down the batteries when something goes wrong and other car manufacturers protect their batteries with some kind of armor.

How To Put Out A Fire In An Electric Vehicle

The worst part about an electric car that caught fire is that water won’t help you. Applying some standard quantity of water or foam on a fire caused by lithium-ion cells will cause a violent flare-up, the emission of toxic fumes and other bad stuff. To extinguish this kind of fire, you have three choices:

By the way, if you want to be more prepared to face these kinds of events, probably your own country has some kind of training program to help you react faster and better.

Here is an example for the U.S. market:

If you are worried about car crashes on electric vehicles right now, you should think about the fact that these kinds of cars often have an incredibly high-tech set of driving-assistance systems. Furthermore, car manufacturers constantly work on decreasing the risks of your car catching fire.

You just have to keep in mind that the rules here are a little bit different.