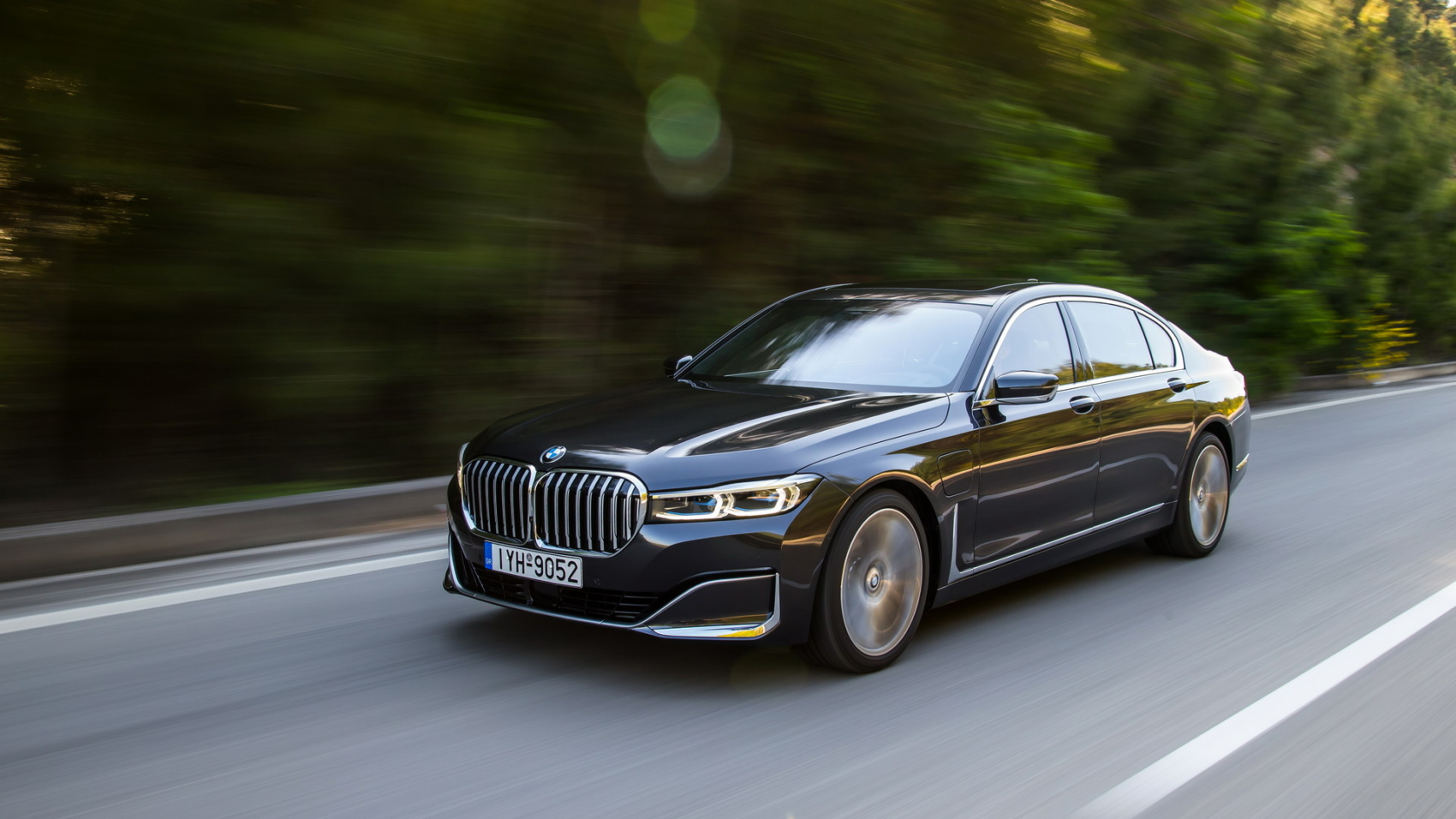 There seems to be a lot of EVs in the news as of late. Last week, it was the Audi Q4 e-tron. Earlier this week, it was the BMW iX3. Even earlier today, the Nissan Ariya debuted. Now, it seems there’s another electric Bimmer in the news, though this one hasn’t been officially released yet. Some new spy photos have surfaced, showing off a camouflaged test mule of the upcoming BMW i7. (We don’t own the photos but they can be seen here).

In these spy photos, there’s not too much to see of the car’s design, as it’s heavily wrapped in camouflage. So, from a distance, it just looks like a big BMW sedan, not unlike a 7 Series. Which isn’t surprising, as the i7 is going to be based on the 7 Series. However, upon closer inspection, there are some interesting details.

For instance, this test mule seems to lack exhaust pipes entirely, which hints to its EV powertrain. Well, that and the “Electric Test Vehicle” stickers on the side. While it’s possible this is a plug-in hybrid, as the electric indicating stickers are used for hybrids as well, the lack of real exhausts really sells its full-EV nature. Unless BMW has adopted a new fake exhaust design element we don’t know about. However, there doesn’t seem to be any functioning front air intakes, and even the kidney grille seems closed off, so this is likely a fully-electric BMW i7.

Eagle-eyed viewers might also notice that there are bulging little cameras on the outside of the car. They may hint at the fact that the BMW i7 will have some hefty semi-autonomous driver aids. We’re reluctant to use any sort of autonomous driving language, as the tech just isn’t there yet, but this could be BMW’s first semi-autonomous car.

In terms of power and performance, there’s really no word on the BMW i7 as of yet. According to the report from Motor1, the i7 could pack around 650 horsepower and act as the flagship 7 Series replacing the V12-powered BMW M760i. This certainly isn’t out of the realm of possibility, as the BMW Power BEV technical demo we saw last year packed a whopping 711 horsepower into a 5 Series test mule. So BMW has the means to make such power from its electric motors.

What really matters, though, is range. How far will this BMW i7 be able to drive? Obviously, no one has a clue as of yet but it’s rumored that 400 miles is the target range. That would probably be necessary for the i7 to be competitive when it finally debuts in 2022.