As we approach the official reveal of the Audi e-tron GT, which will debut later this year, more and more spy photos of test mules are going to pop up. These latest photos show off the e-tron GT doing some hot laps at the Nurburgring. (We don’t own the photos but they can be seen here)

We already have a really good idea of what the Audi e-tron GT is going to look like as the concept car was said to be about 90-percent production-ready. Still, it’s always good to get a look at some spy photos to be reminded of just how good looking it’s going to be.

Its shape is fantastic; it’s low, long and lean. The rear wheel arches look muscular and its front end is nice and low, like that of a supercar’s. The latter of which is the benefit of an EV architecture, as no engine needs to sit up there.

There will be an electric motor up front, though, as the e-tron GT will be a dual-motor car. So it will have a single permanent-magnet motor at each axle, giving it what Audi calls “Electric Quattro”.

While we don’t have any specs just yet, expect the e-tron to have very similar power and performance specs to the Porsche Taycan 4S. Being that the e-tron GT and Taycan are built on the same J1 all-electric architecture and were design partly together, there are going to be a ton of similarities. However, don’t expect the Audi e-tron GT to get the same uber-powerful setup as the Taycan Turbo S. The VW Group won’t allow an Audi to surpass the top-end Porsche. 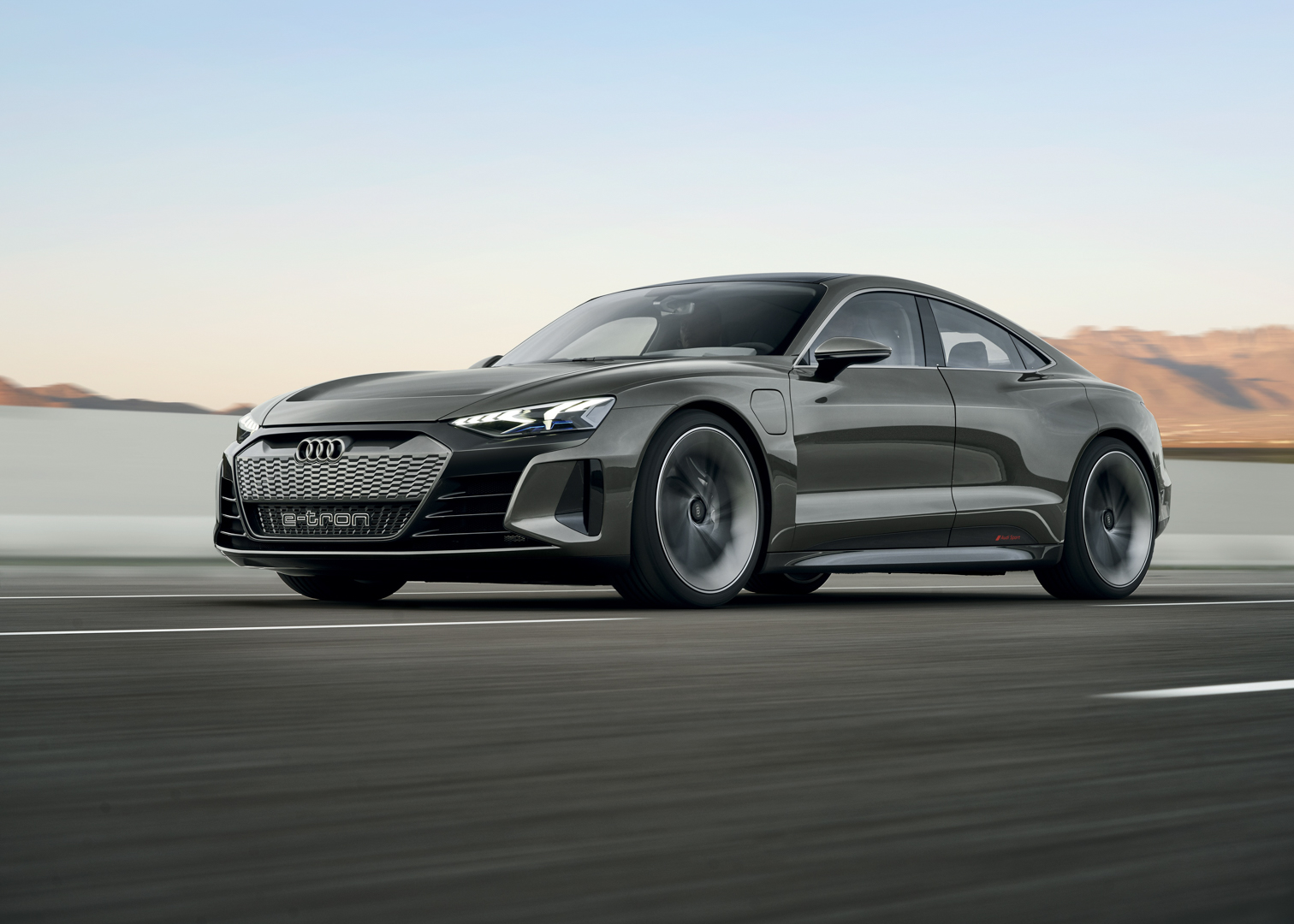 So you can expect the Audi e-tron GT to make the same 522 horsepower as the 79.2 kWh battery-powered Taycan 4S. Considering that Taycan can hit 60 mph in 3.8 seconds, we don’t think fans are going to have an issue with it.

The Audi e-tron GT is the most exciting and important Audi to debut in ages, so naturally we can’t wait.