Now that the BMW Concept i4 is here, there’s really only one logical car to compare its design to — the Audi e-tron GT Concept. These two concept cars are very similar; both are electric sedan concepts, both are similarly sized, both have about 500-ish horsepower and both come from Bavarian brands. Okay, so that last one is a bit meaningless but still.

So because both of these cars are so similar, we thought we’d do a photo comparison to see which one is better looking. That’s about all we can compare, though, as Audi hasn’t really released any info on the e-tron GT, aside from really early conceptual specs. So we’ll just stick with the designs for now.

Both cars are said to be very production-ready. So while each concept’s production-car version will obviously look far more normal, we can expect each production car to look a lot like its concept. 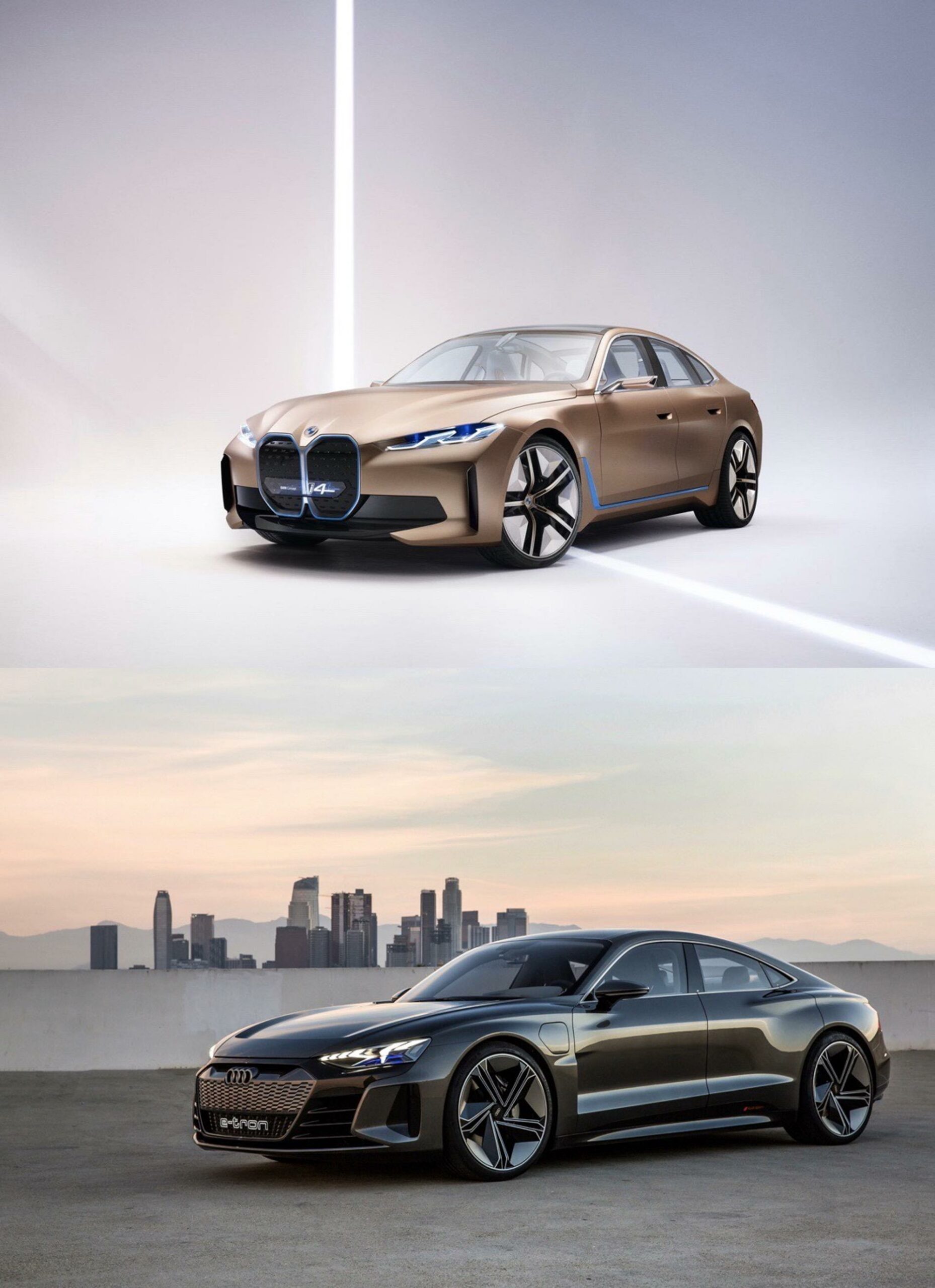 From the front, the BMW i4 Concept is far bolder and brasher than the Audi. Both have enormous “grilles” and sharp headlights but the e-tron GT is sleeker and a bit more subtle, if that’s possible. Personally, I prefer the Audi’s face to the Bimmers, but looks are subjective and both are very bold so I won’t declare one face better than the other just yet.

See also  Pre-Owned Electric — Should You Buy a Used BMW i3? 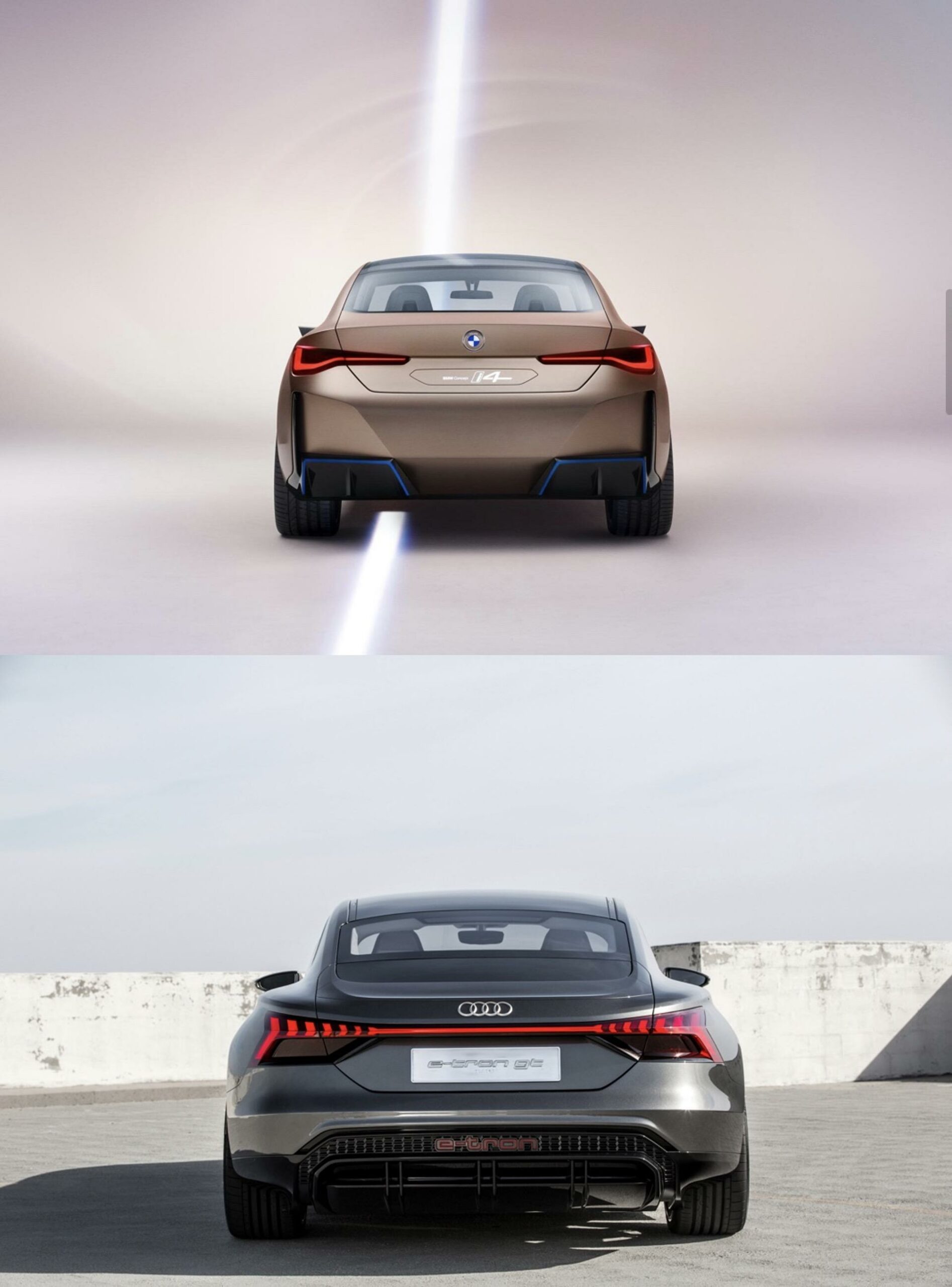 Out back, I think the Audi e-tron GT is also better looking. I like the the i4 Concept’s dual diffusers but the taillights just don’t do it for me and the back end of the BimmerWhere the BMW i4 Concept certainly takes a victory is inside. While the interior of the Audi e-tron GT is very cool, with a slick, high-tech vibe, the i4 is far more interesting and creative. Its white/light grey/bronze color scheme icy-cool and its monster instrument panels look very futuristic.

The e-tron GT looks modern on the inside but the i4 Concept looks downright sci-fi. seems a bit blah. While the rear light bar and taillights of the Audi looks really slick and futuristic. The way the e-tron’s C-pillar blends into the trunk and rear quarter panel also looks a bit better and is more pronounced. 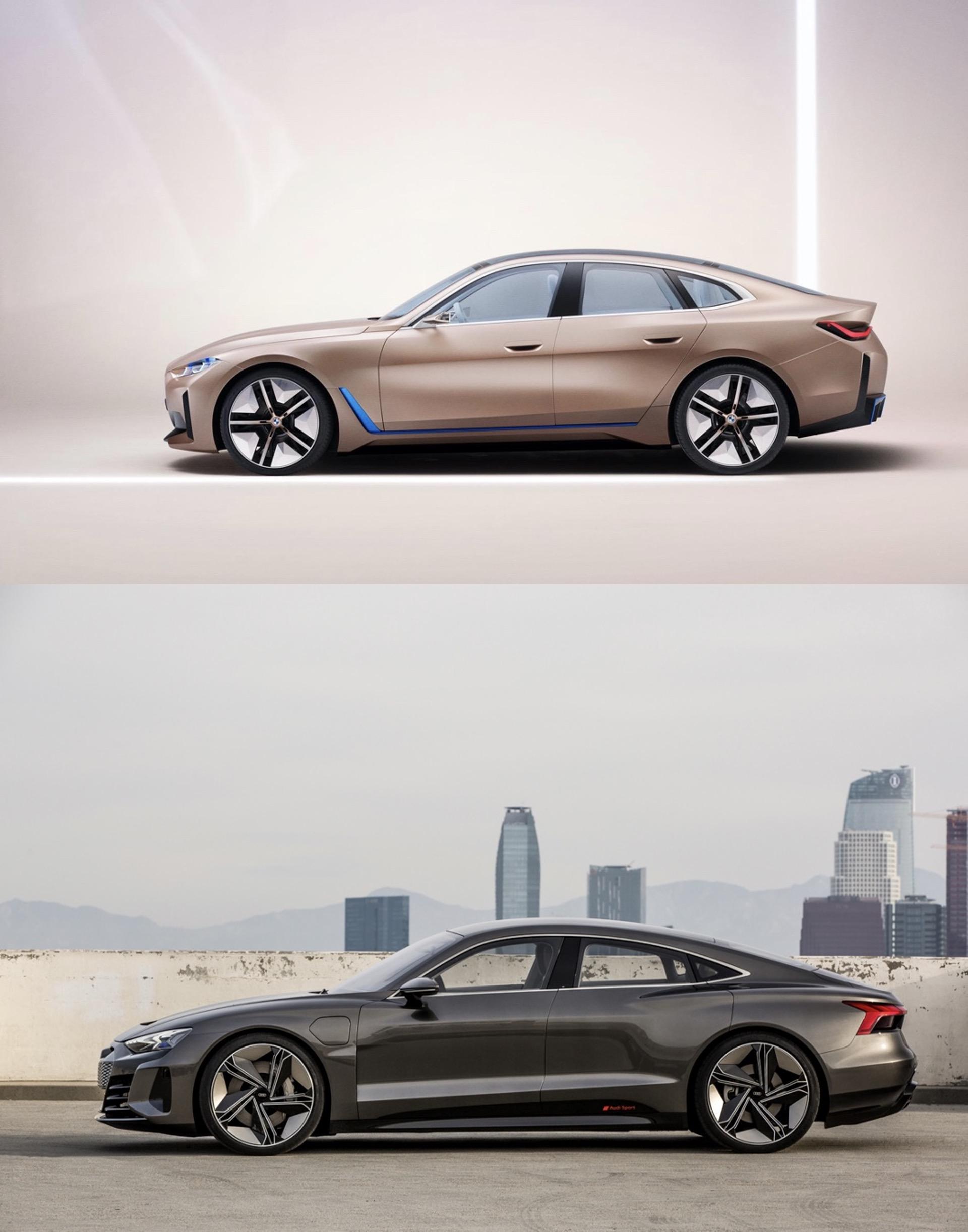 In profile, both are really good looking cars, with long, muscular styling. They’re each a bit different, though, with the e-tron GT looking a bit longer and a bit sleeker and the BMW i4 Concept looking a bit more muscular and athletic. So it’s a bit of a toss-up and I can understand arguments for each.

Overall, I think if I had to choose between the two I’d go for the Audi e-tron GT, mostly because I like its front end better. I love the i4 Concept’s profile and interior but the e-tron looks great in those regards as well and its face and butt are nicer. So if it were my money, it’d be on the Audi.

However, I can’t wait to see both production cars and revisit this comparison.