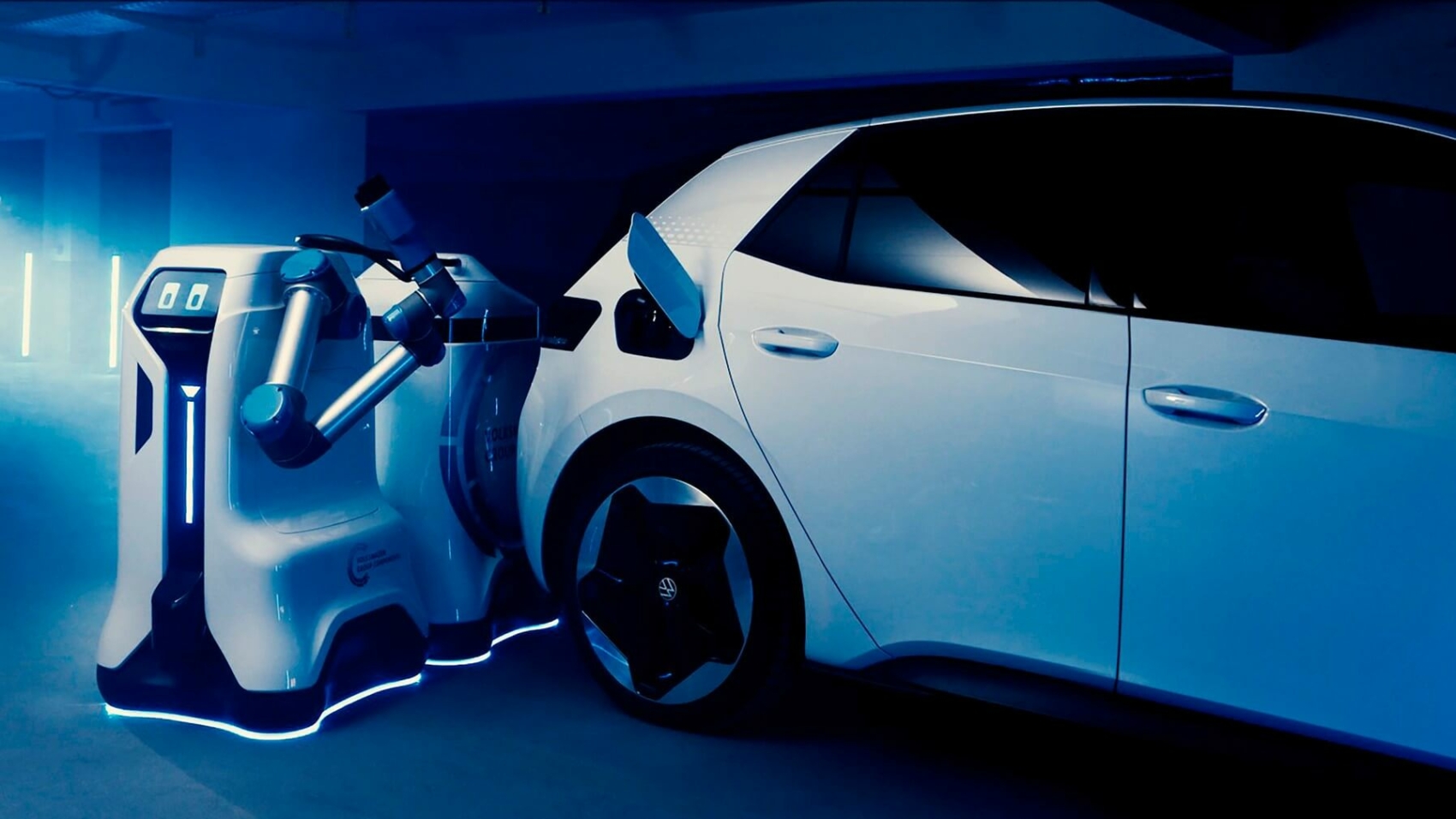 The Volkswagen Group is previewing a prototype for a mobile charging station that does all the work autonomously in a parking area to replenish the batteries of EVs. The cutesy robot can be activated via a smartphone app or by using Car-to-X communication to detect the car and head to it together with a mobile energy storage unit. 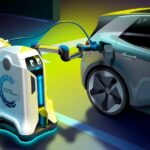 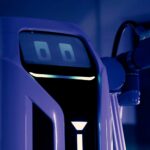 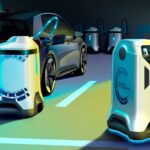 VW estimates it will take “a few years” to roll out the technology, which it hopes will convince more and more people to purchase EVs by making the recharging process a lot more convenient. In the meantime, a ” flexible quick-charging station” will be introduced at the beginning of next year after being trialed at various production plants in Germany during the last several weeks.

The autonomous charging robot could pave the way for new charging infrastructure at a parking garage without the need for separate charging ports for each parking slot. The energy storage units could be installed at a single location and then the robot would deploy them as needed depending on the number of EVs in the parking lot.

Doing so would drastically reduce the time required to build a charging infrastructure at restricted parking areas and would consequently drive down the costs as well. But there’s a long way to go as while VW says the mobile charging robot has evolved to prototype status, it still needs to be “comprehensively further developed” before hitting the market.

Automated charging is not a novelty for the VW Group as the company has been toying around with the idea for a while. Attached below is a video from December 2019 showing the “revolution in the underground car park” where the robot does all the heavy lifting by recharging the battery pack of an ID.3 after the owner’s smartphone app communicates with the central charging station.