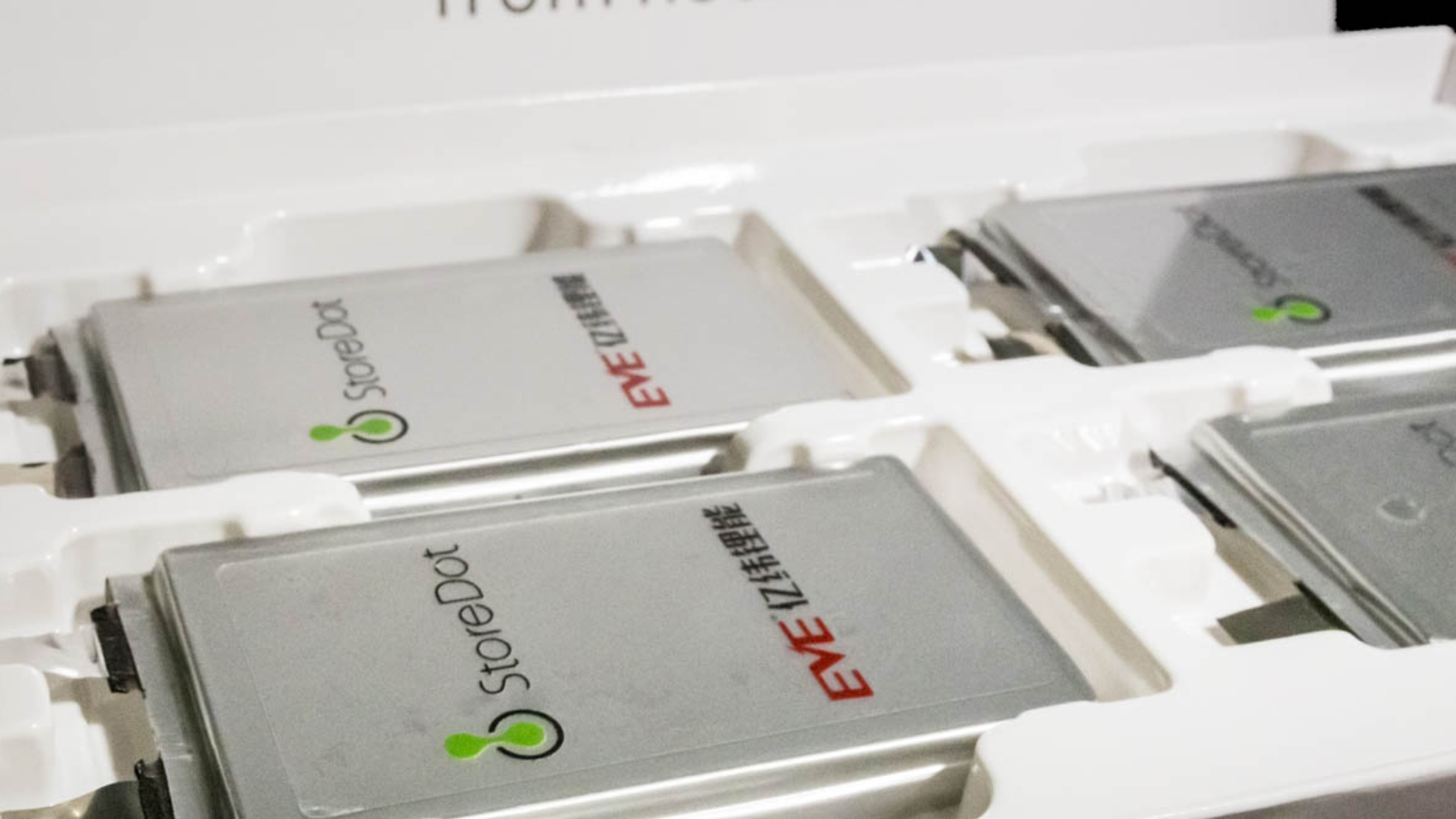 Two of the main reasons why some people are reluctant to buy electric vehicles are the limited range and the time it takes to recharge the battery. Range anxiety is becoming less of an issue as battery technology progress, with a relevant example being the Tesla Model S Long Range officially rated by the EPA at 402 miles (647 kilometers).

What about the charging times? Major improvements have been made in this regard as well, and now, Israeli company StoreDot claims it had a major breakthrough in EV recharging. A press release issued today talks about the firm’s extreme fast charging (XFC) battery technology, specifically the development of battery engineering samples that can be charged in just five minutes. That time would be comparable, albeit slightly more, to fully refilling the gasoline or diesel tank of a car powered by a combustion engine.

This first production batch of sample cells has been conceived to demonstrate the advantages of StoreDot’s XFC fast-charging capabilities to potential partners interested in acquiring the technology. The lithium-ion cells were made in collaboration with the company’s Chinese partner EVE Energy Co and have been engineered to be manufactured on EVE’s current production lines.

StoreDot explains the newly built five-minute battery samples are the stepping stone to the development of a second-generation, silicon-dominant prototype battery for EVs due later in 2021. Meanwhile, the EV FlashBattery with a five-minute charging time promises to offer up to 300 miles (480 kilometers) of range and 60 miles of range for each minute spent recharging.

Before you get too excited about the prospects of recharging your electric car in a matter of minutes, it will be a while before the technology will become widespread. Batteries that can be quickly charged at this rate will likely take a few years before reaching mass production. There’s also the degradation issue to take into account since fast-charging at such a rapid rate certainly impacts the battery’s durability.

That being said, it’s a healthy sign of major progresses being made as the automotive industry is gradually shifting to zero-emissions vehicles.