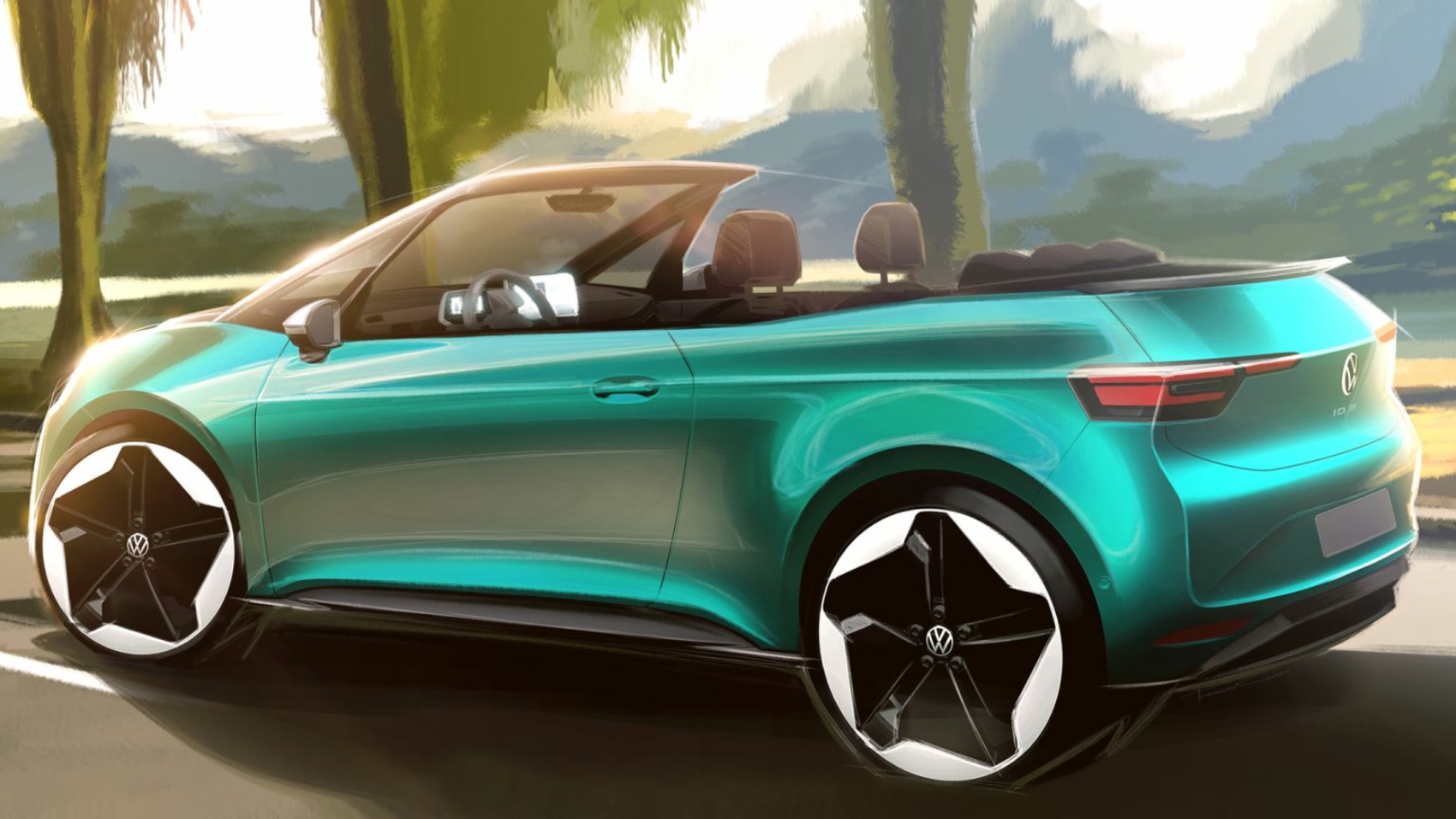 The Volkswagen Group is preparing a bevy of electric vehicles, but a convertible isn’t one of them. That could change in the coming years seeing as how the adjacent design sketch comes directly from VW. Chief Executive Officer Volkswagen Passenger Cars, Ralf Brandstätter, took to LinkedIn to share the interesting rendering of an ID.3 without a roof.

It hasn’t been green-lighted for production yet, but VW’s man in charge of the passenger car division says it’s “a very tempting idea.” Brandstätter goes on to mention an ID.3 Convertible would “provide an entirely new, extraordinary feeling of freedom” and the company is having internal discussions whether an open-top variant of the electric compact hatchback has a business case.

We wouldn’t hold our breath for a production model to happen in the foreseeable future considering demand for convertibles has dramatically decreased in the last couple of decades. The VW core brand used to have models such as the Eos and Golf convertible, but the sole car with a retractable roof in its lineup is the T-Roc serving as a rather odd convertible crossover mashup.

VW wouldn’t be the first to offer a purely electric convertible as there have been other models in the past, including the Tesla Roadster and Smart EQ ForTwo Cabrio. The former will return for a second generation while the latter is still available in select markets. An ID.3 Convertible wouldn’t compete with either, but we’re sure VW has bigger fish to fry at the moment.

People generally want crossovers and SUVs nowadays, so it would make more sense to expand the portfolio of ID models with additional high-riding vehicles. In fact, the ID.5 and ID.6 are already planned to capitalize on what seems to be a never-ending SUV boom. An electric convertible would be a niche within a niche, so the customer base would be rather limited.