At long last, Volkswagen Commercial Vehicles has shared juicy technical specifications regarding the hotly anticipated ID Buzz. The electric minivan won’t debut until March 9, but we do know quite a bit about the Microbus revival with an EV twist. Let’s cut to the chase and mention the passenger version comes with five seats while the van will have three, all in the front.

The production-ready ID Buzz is 4712 mm long, 1985 mm wide (without mirrors), and 1937 mm tall (1938 mm for the cargo model). It has a wheelbase stretching at 2988 mm and a load sill measuring 619 mm for the five-seat model and 623 mm for the three-seat cargo flavor. The luggage area measures up to 1,121 liters for the passenger model while the cargo variant has over 3.9 m3. The latter comes with a partition wall. 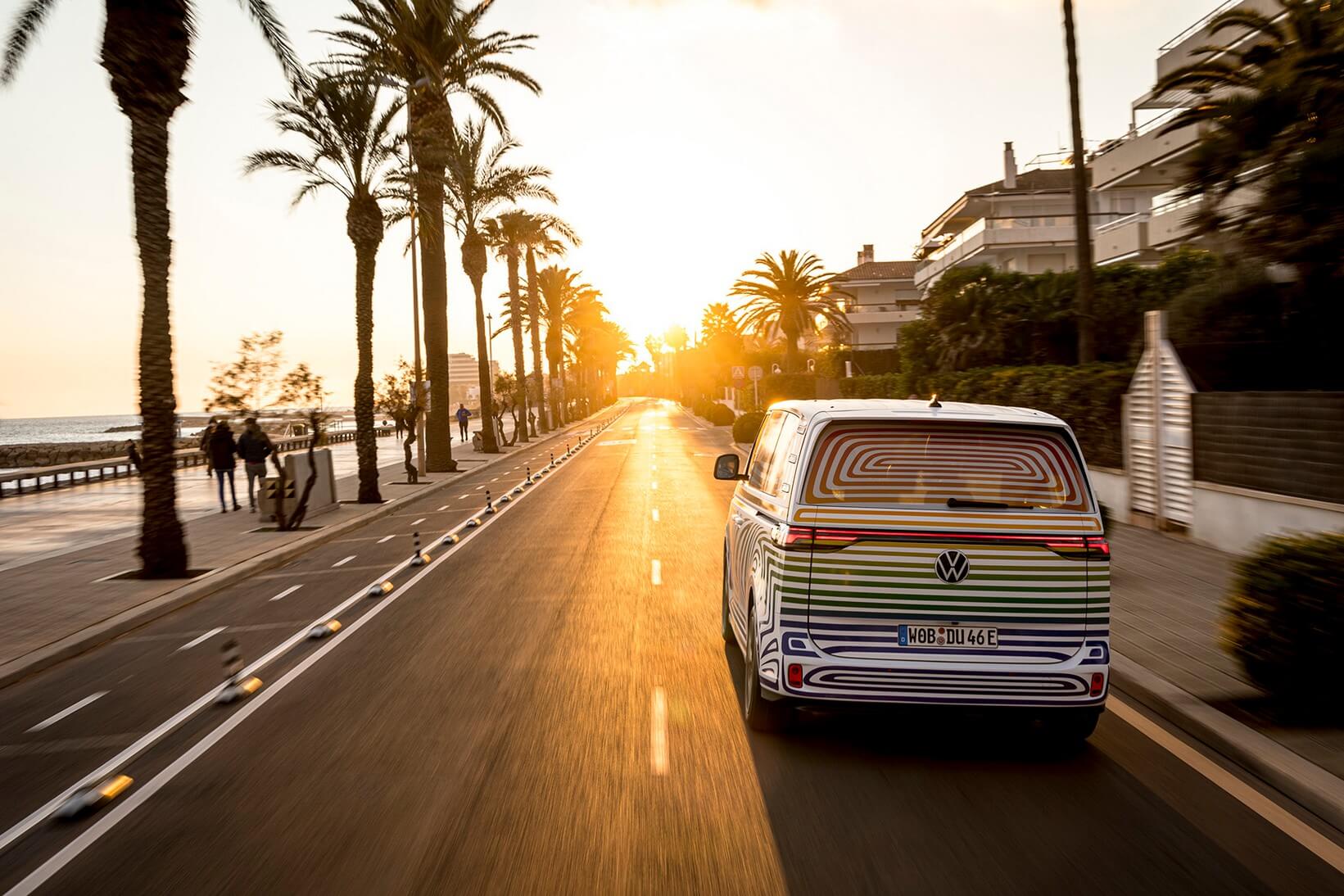 It will initially be offered with a single-motor, rear-wheel-drive layout and 201 horsepower (150 kilowatts) and 310 Newton-meters (229 pound-feet). The VW ID Buzz gets the 82-kWh battery with a net capacity of 77 kWh, but details regarding the range are not available at this point. We do know a bigger pack will follow later on to help the electric van cover longer distances. In addition, bidirectional charging will be supported.

The top speed is electronically limited to 90 mph (145 km/h) and the turning circle is a little over 11 meters. Wheel size varies from 18 to 21 inches. As all other ID models sold by VW, the new Buzz is based on the MEB platform shared with the Skoda Enyaq, Cupra Born, and the Audi Q4 E-Tron. A more powerful all-wheel-drive model with a front-mounted electric motor and a total of around 300 hp could happen by using the hardware installed in the ID.5 GTX.

Production of both the passenger and cargo versions will commence at the plant in Hannover in the first half of 2022 and sales will begin in Europe this fall. In the United States where VW will only sell the former variant, the ID Buzz will be available later on in 2023. Further down the line, a camper derivative dubbed California is set to arrive, but not before 2025.

Previous articlePorsche To Start Production Of Electric Boxster, Cayman In 2023: Report
Next article2022 VW ID.4 Pro Rated By EPA At 280 Miles Of Range, Up By 20