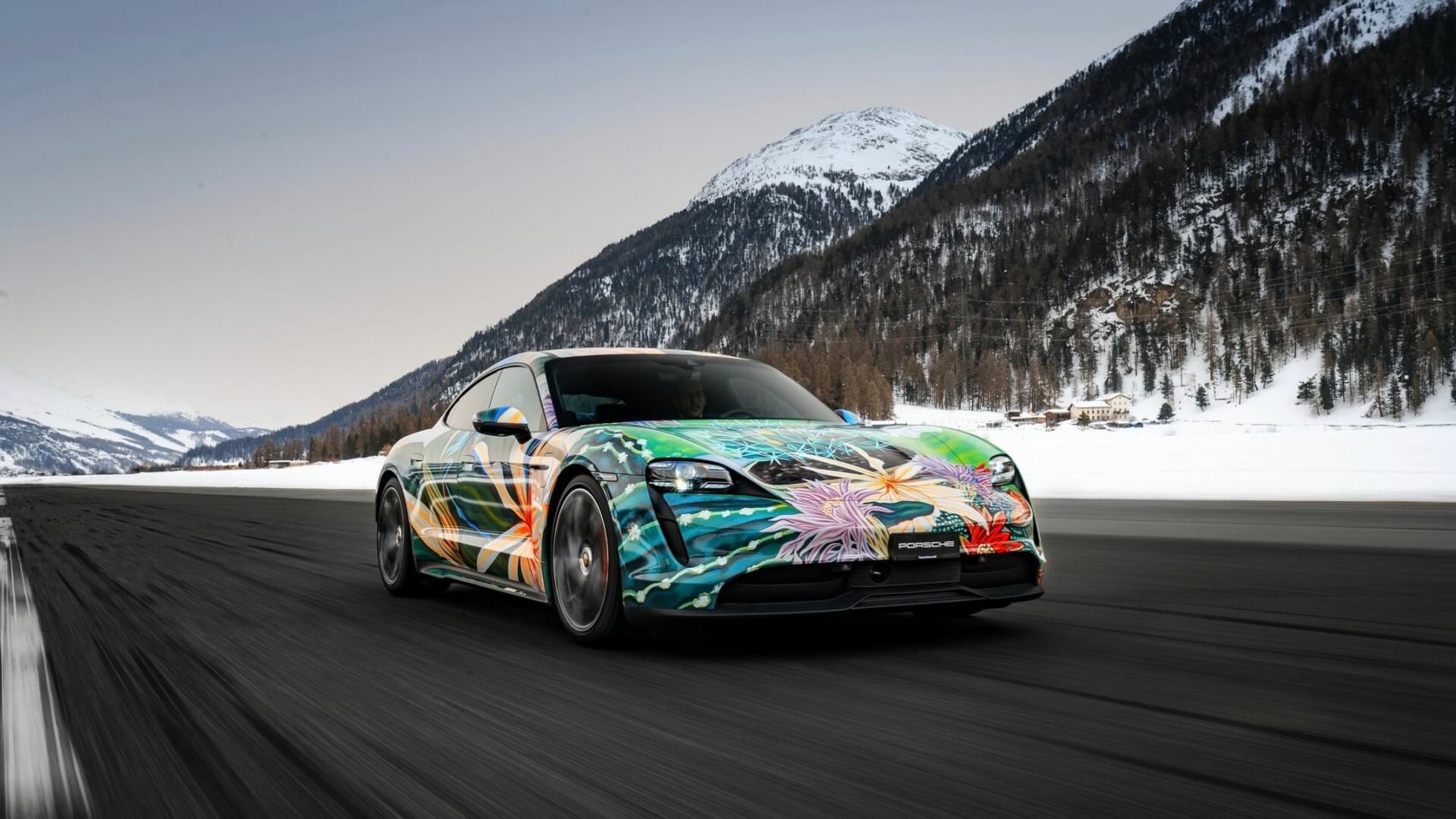 We usually associate art cars with various BMW models, but Porsche is no stranger to this concept. In 2019, New York-based artist and amateur racer Richard Phillips created a colorful livery for a 911 RSR race car, which went on to become the first art car to win the grueling Le Mans endurance race. Now, the talented artist is back to show off his latest works, based on the Taycan 4S.

It’s all for a good cause as the proceeds from the sale will be directed to support artists in Switzerland who have been greatly impacted by the coronavirus pandemic. Porsche’s Swiss arm donated the Taycan 4S and Richard Phillips turned the electric sedan into an art car to benefit the Suisseculture Sociale association.

RM Sotheby’s will be in charge of auctioning off the artsy Taycan during a seven-day online auction kicking off April 6 and ending on April 13. The sedan’s body now depicts the artist’s 2010 Queen of the Night painting, but there’s more to the car than the livery as it was pampered by Porsche Exclusive Manufaktur with unique upgrades. These include the illuminated door sill panels carrying the “Queen of the Night” lettering while the door-mounted LED projects show off Richard Phillips’ signature.

Here’s what the artist had to say about his work:

“The work shows a three-dimensional arrangement of elements and details of the eight-square-meter painting flowing organically up the front hood over the front fenders and across the doors, giving a feeling of speed with the leaves of the night bloom. Moving toward the rear of the Taycan, the painted image glides over the roof and rear fenders as the flora opens to reveal the blue sky and attendant butterflies. “The Queen of the Night livery culminates at the rear of the car with its namesake blossom wrapping completely around the bumper while being dramatically lit up by the Taycan’s signature horizontal light bar.”

The design elaborated by the Massachusetts-born artist was printed on vinyl and then applied to the Taycan’s body panels using heat guns. The end result is quite spectacular and the 4S likely looks even more impressive in person. It remains to be seen how much money the one-off electric sedan will fetch, but we have a feeling it will be sold for considerably more than the $103,800 starting price of a standard 4S. 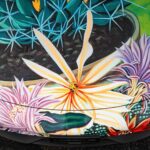 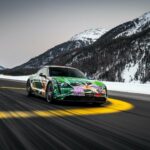 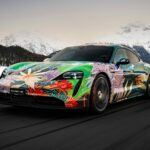 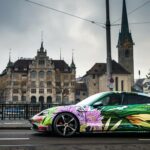 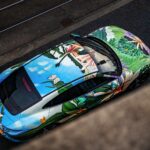 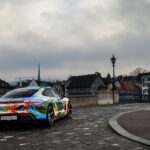 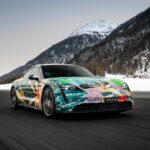