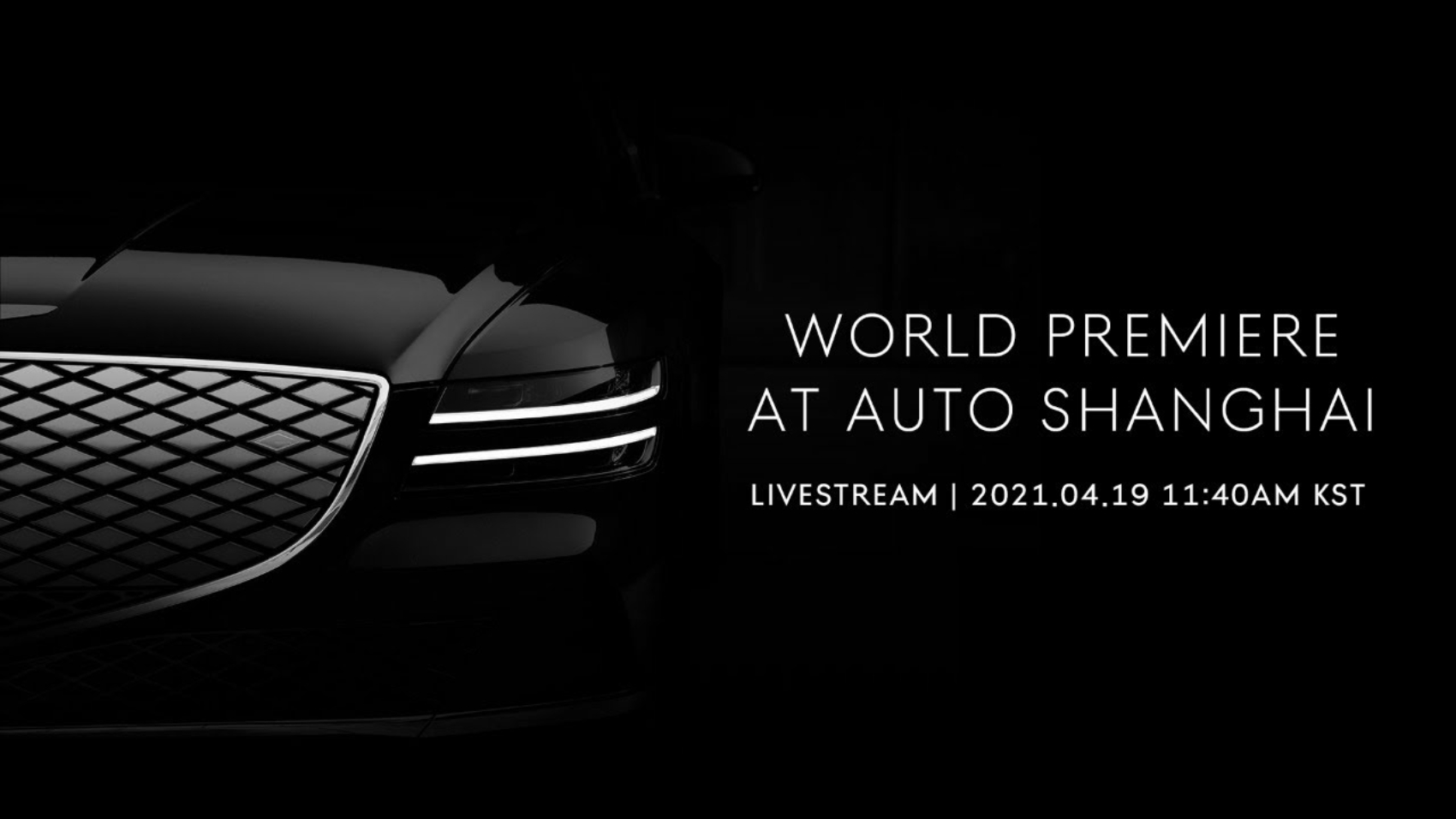 Genesis is just about ready to hop on the EV bandwagon by teasing a zero-emissions car it will unveil at the Shanghai Auto Show on Monday. A shadowy image announces plans to debut the production vehicle on April 19 and it also gives us a clue about the car’s identity. While some might believe this is the GV60 electric crossover as a sister model of the Hyundai Ioniq 5 and Kia EV6, we think it’s an entirely different vehicle.

We strongly believe the vehicle being teased here is actually a sedan, specifically an EV conversion of the G80 offered with a variety of combustion engines. One telltale sign the electric model is related to the big sedan is the outline of its grille, which by the way is closed-off since there’s no combustion engine underneath the hood that would require cooling.

Speaking of the hood, it’s virtually identical to that of the conventionally powered G80. If it were a dedicated EV, the bonnet as the British people say would’ve likely been as wide as the car to mirror the aforementioned Ioniq 5 and EV6. Those two electric crossovers have been designed this way to minimize body panel gaps, and we’re expecting the same from the GV60 debuting later this year.

See also  Genesis electric concept teased on video, seems to be a coupe

The battery-powered G80 will likely get a bespoke set of aerodynamic wheels to set it apart from the gasoline-fueled version and improve efficiency at the same time for slightly more range. Genesis will obviously get rid of the exhaust and could make some subtle design tweaks to separate it from the ICE-powered sedan. Mild changes inside are planned, including a dedicated section on the infotainment system for EV-related information.

Technical specifications remain shrouded in mystery at this point and we also don’t know how it will be called. Some say it’s named eG80 or G80e, but we’ll have to wait until next week to discover its identity. Production is rumored to start this fall in Korea, meaning customer deliveries are unlikely to begin until early 2022.