At the beginning of the year, Toyota Australia and BHP mining company inked a deal for a pilot program involving an all-electric conversion of the Land Cruiser Series 70. Yes, the reputable off-roader launched way back in 1984 is still around in some markets and it’s currently fulfilling several roles at BHP’s Nickel West operations where it’s used in both above and underground settings.

Converted from diesel power to an electric setup, the zero-emissions Land Cruiser (J70) is not commercially available. In other words, people looking to find the EV pickup truck at their local Toyota dealer are going to be disappointed since the electric workhorse has been engineered only for BHP to help cut its operational emissions by 30% by the end of the decade. 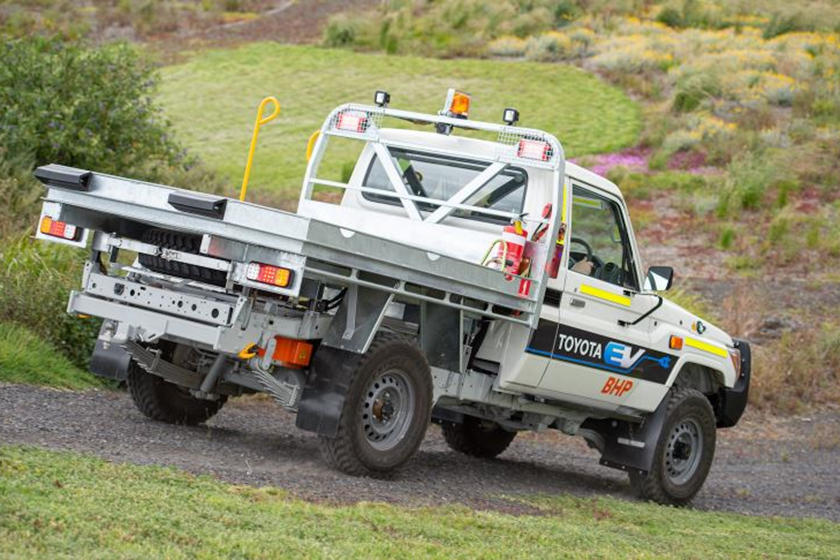 However, Toyota is not ruling out selling the Land Cruiser EV to the general public. In an interview with Australian magazine CarsGuide, General Manager of Product Planning and Development at the automaker’s division Down Under, Rod Ferguson, strongly suggested it could happen. He says it’s “definitely possible” to sell a purely electric 70 Series to customers as Toyota believes there is “definite demand” for such a product.

Rod Ferguson went on to mention a completely silent Land Cruiser is a “possibility at some point, but the timeframe is unknown.” Toyota has not disclosed technical specifications of the prototype currently used by BHP, only saying its turbodiesel 4.5-liter V8 has been replaced by an unspecified electric motor and battery pack. The conversion was done by a third-party company, but the Japanese automaker is providing assistance with the engineering.

Meanwhile, Toyota recently announced plans for an EV onslaught by introducing no fewer than seven dedicated fully electric vehicles by the middle of the decade as part of the bZ family (named after Beyond Zero). A total of 15 electric vehicles will be available from the brand by 2025. The bZ4X concept unveiled in April is a taste of things to come, with a production version of the electric crossover co-developed with Subaru coming in the latter half of 2022.