Earlier this year, a Toyota Mirai successfully embarked on a trip from the HYSETCO hydrogen station in Orly, France and went on to cover 623 miles (1,003 kilometers) without refueling. That record has been now shattered by a different Mirai during a roundtrip tour of southern California on August 23 and 24 during which it traveled for a whopping 845 miles (1,360 kilometers) on a single, five-minute fill of hydrogen.

Officials from the Guinness World Records were on scene to verify the second-generation Toyota Miraia adheres to the rules to be eligible for a new record. Before the start of the journey, the three cylindrical tanks storing 5.6 kilograms of hydrogen were sealed. During the record-breaking trip, the rear-wheel-drive sedan logged an impressive 152 MPGe, with water being the only emission. 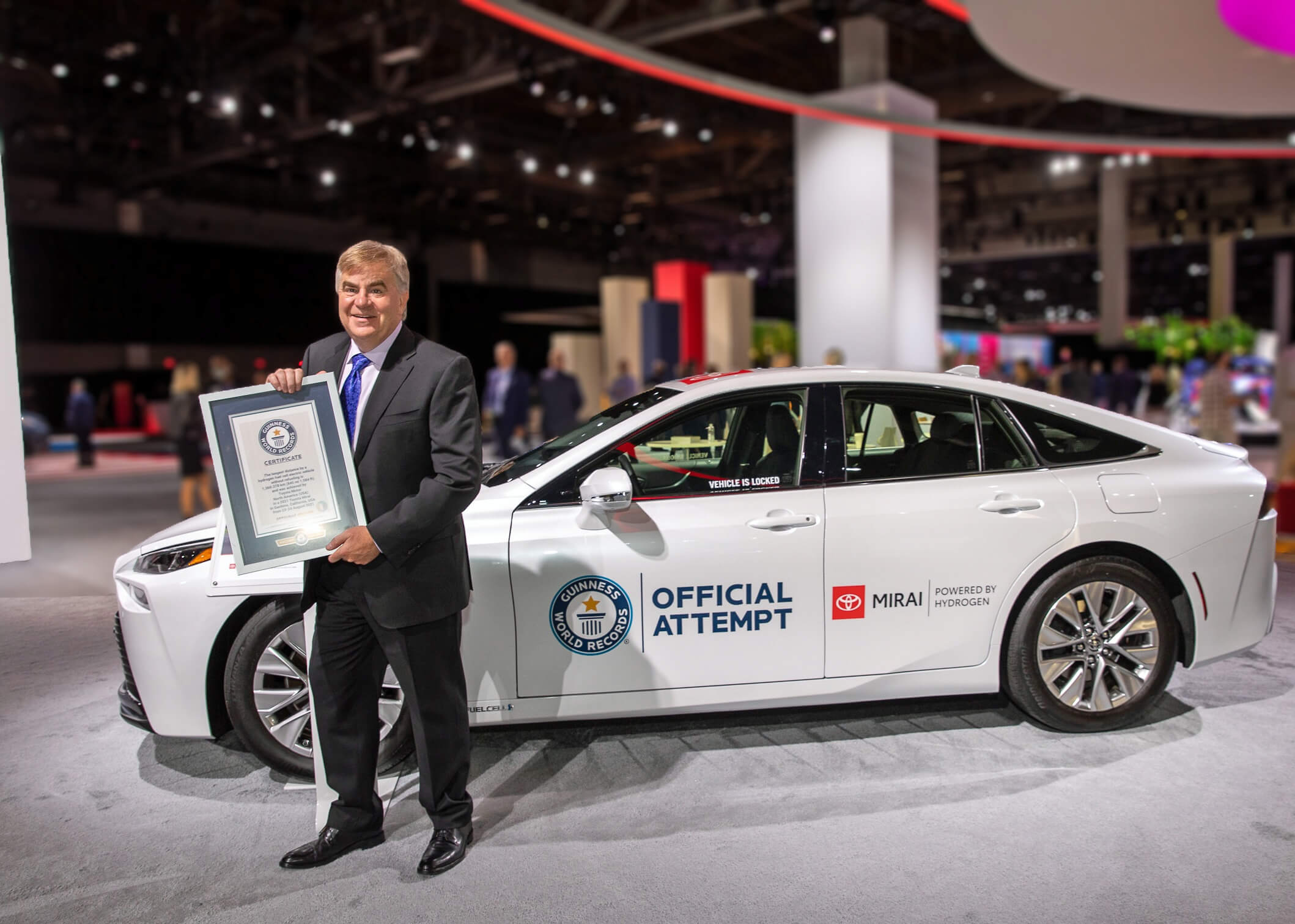 Behind the wheel of the Mirai was Wayne Gerdes with assistance from co-pilot Bob Winger. The journey began at the Toyota Technical Center (TTC) in Gardena, California before heading to San Ysidro and then north to Santa Barbara, traveling through Santa Monica and Malibu beach along the Pacific Coast Highway. They headed back to the TTC, registering 473 miles (761 kilometers).

During the second day, the duo covered 372 miles in the morning as well as the afternoon rush hour traffic between Los Angeles and Orange County, on the San Diego freeway. Eventually, the Mirai ran out of hydrogen and coasted into the TTC with a grand total of 845 miles clocked – an unprecedented distance covered by a fuel cell hydrogen EV.

Such a distance is unlikely to be achieved by a battery-powered EV anytime soon as technology still has to catch up. The longest-range battery electric vehicle so far is the Lucid Air, rated by the EPA at 520 miles (837 kilometers) between charges, which is a far cry from what the Mirai was able to cover during its record-setting trip.

Previous articleAudi A4 electric sedan under consideration on PPE platform
Next articleTesla to build 10,000 EVs a week at Berlin plant, production starts in November