Having launched an electric Mustang Mach-E SUV and about to bring back the F-150 Lightning as an EV truck, it appears Ford has now set its sights on a zero-emissions Bronco. Company CEO Jim Farley was asked on Twitter why the Blue Oval isn’t planning a version of the reputable off-roader without a combustion engine. His answer was quite surprising: “Why do you think we don’t?”

To our knowledge, it’s the first time an all-electric Bronco is making the headlines, and the news is shared by none other than Ford’s head honcho. It’s too soon to say when the EV derivative will hit the market, but there’s a pretty good chance a plug-in hybrid version will be out first. The PHEV model is expected to premiere later this year for the 2022MY to rival the electrified versions of the Land Rover Defender and Jeep Wrangler.

Why do you think we dont?

Speaking of the Wrangler, Jeep has already toyed around with the idea of developing a fully electric model by releasing the Magneto concept. We are fairly certain Ford wants to beat Jeep to the punch by introducing an electric Bronco to the market first, but it’s too soon to say whether it will succeed. In the meantime, the battery-powered SUV is only a promise made by the firm’s head honcho.

Time will tell how long it will take Ford to introduce a Bronco without a combustion engine and whether it will be a bespoke EV model or an adaptation of the conventionally powered vehicle. It’s too early to make any projections considering customer deliveries of the regular Bronco haven’t even started yet. Production of the SUV will be halted due to the chip shortage, but the company promises that won’t impact the start of deliveries scheduled for summer. 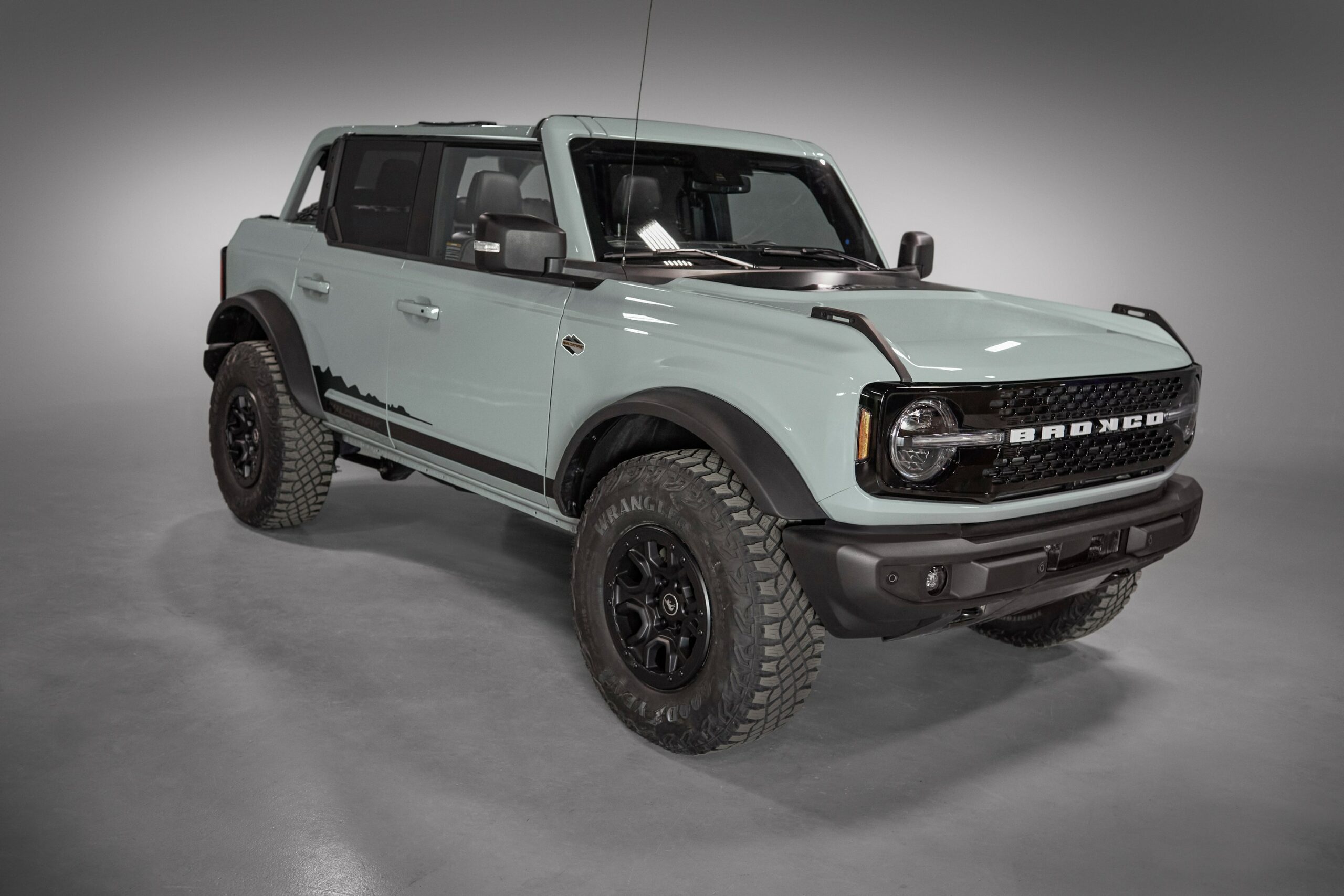 The plug-in hybrid should follow shortly and we’re hearing it will offer a combined output of 450 horsepower coming from an EcoBoost V6 gasoline engine working together with an electric motor. The unspecified battery pack should offer some sort of purely electric range, but details are not available at the moment of writing.