Niche high-end marques can’t be immune to electrification if they want to avoid having to pay huge fines related to excessive emissions. For this reason, Lamborghini is announcing plans to offer an all-hybrid lineup by the end of 2024. In other words, the Huracan and Aventador replacements along with the Urus SUV facelift will all receive some type of electrification.

Not only that, but the peeps from Sant’Agata Bolognese are also revealing plans to introduce the company’s first pure electric car in the latter half of the decade. It’s unclear which shape it will take, either a sports car or a more practical vehicle with rear doors to join the family-friendly Urus. We’re hearing it will be a two-door gran tourer model based on the PPE platform that Audi is developing with Porsche. 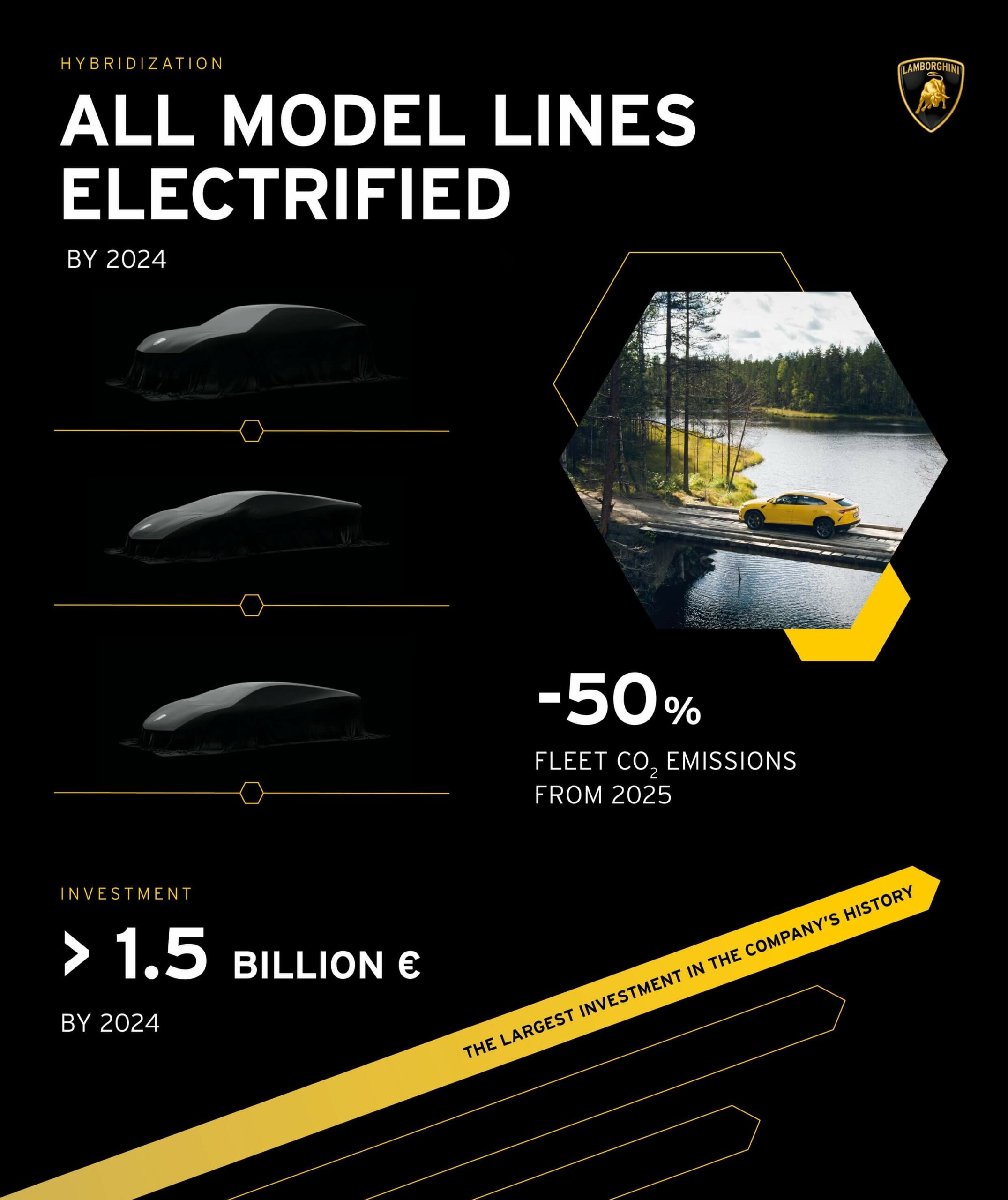 In regards to the partially electrified models, it is believed the V10 Huracan and V12 Aventador successors will employ a plug-in hybrid powertrain. The bigger of the two mid-engined supercars will (thankfully) retain its twelve-cylinder mill while the future of the smaller unit is in doubt. Both cars are going to offer some sort of all-electric range, but the details are murky at this point.

Meanwhile, the Urus will be the first series production hybrid from Lamborghini and is due in 2023. It too is widely believed to adopt a PHEV setup, and while information is currently not available, the system could be similar to what Porsche is offering in the Cayenne Turbo S E-Hybrid. Given the Urus’ positioning in the VW Group, it will likely prioritize performance over efficiency, so expect more power at the expense of fuel economy. 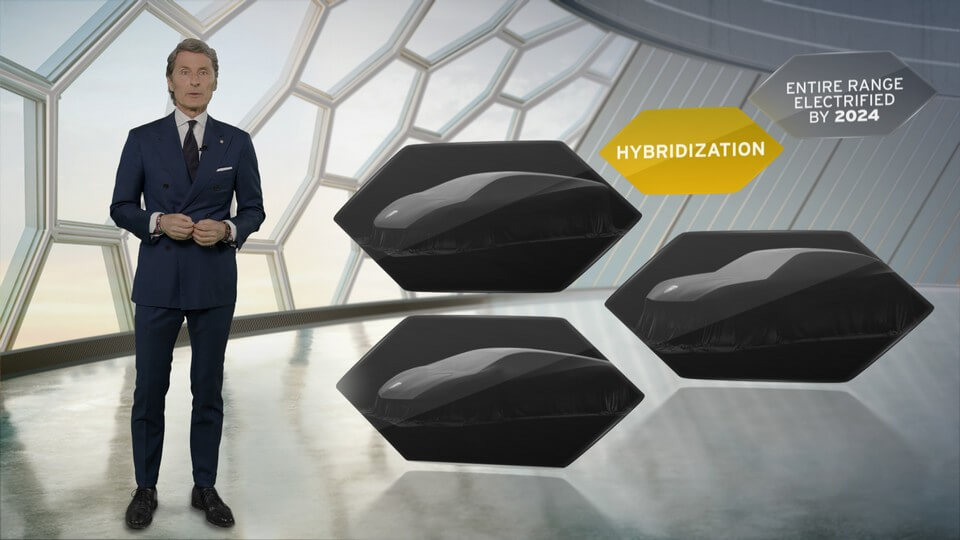 The trio of hybrids will help Lamborghini slash its CO2 emissions by 50% by the beginning of 2025 and will require an investment of more than €1.5 billion in the next four years. It’s the largest investment in the company’s history and will also focus on carbon fiber to compensate for the added bulk of the new hardware related to the hybrid system.