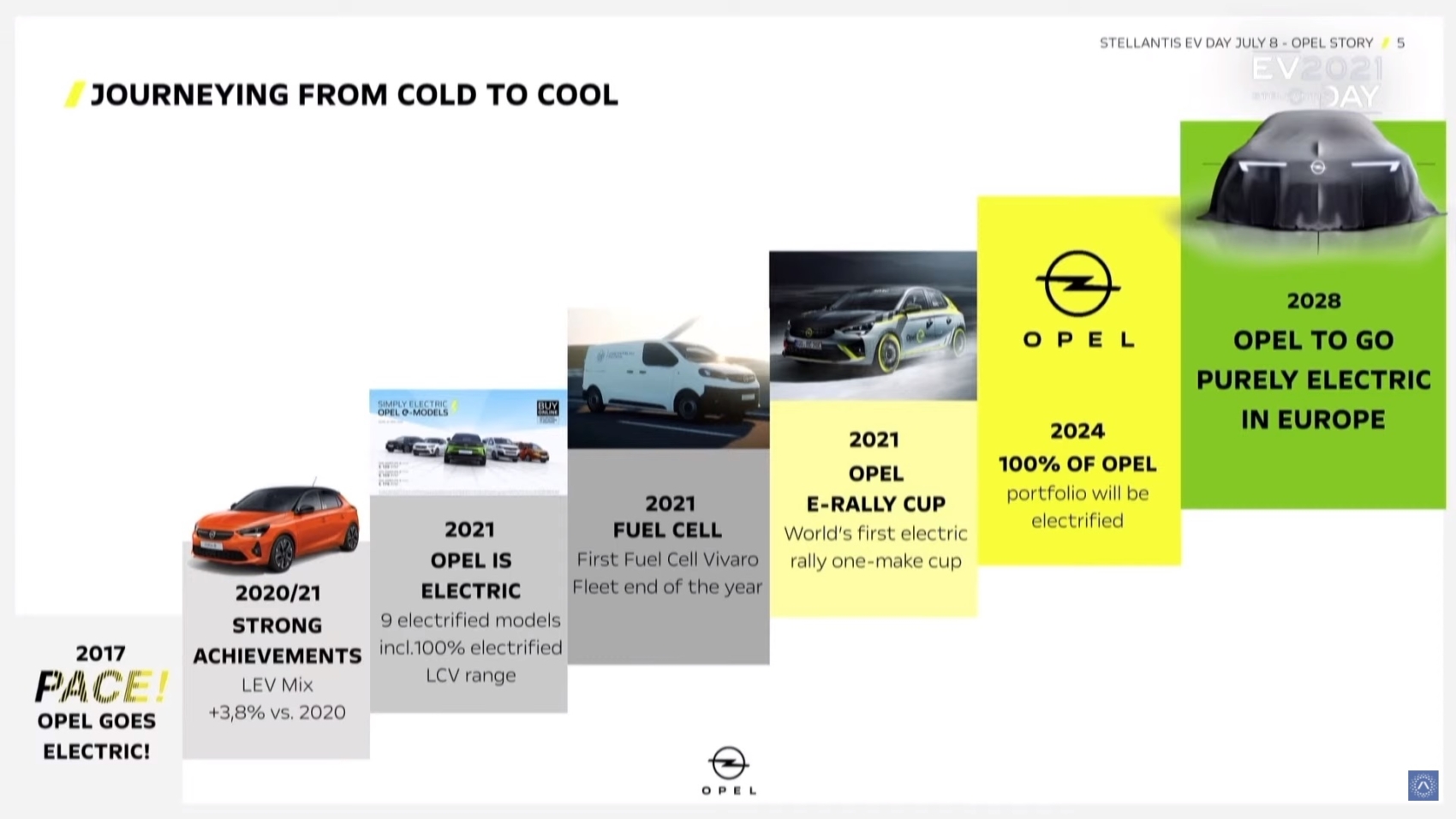 Dodge’s decision to introduce an electric muscle car in 2024 wasn’t the only important announcement made during the Stellantis EV Day 2021 as Opel also had quite a few news to share during the livestream. Following in the footsteps of rival companies, the Rüsselsheim-brand is revealing plans to become an electric-only automaker in Europe by 2028.

Before that happens, all existing products will be electrified by 2024, with the return of the Manta scheduled to take place around the middle of the decade. But while the original Manta A and the subsequent Manta B were sports coupes, it would appear the modern-day equivalent will be a fully electric crossover judging by this teaser image.

In related news, Opel also announced plans to enter the Chinese market as an electric-only brand. It’s unclear at this point which models will be initially introduced in the People’s Republic and when the launch in China will take place, but it seems parent company Stellantis is determined to increase Opel’s footprint.

Before all of this happens, the next-generation Astra is days away from being introduced. For the first time, it’s going to be electrified by adopting a plug-in hybrid powertrain likely inherited from the mechanically related Peugeot 308.

On the commercial side, the end of 2021 will see the rollout of a fuel cell Vivaro fleet to complement Opel’s entirely electrified LCV lineup. Let’s keep in mind the company has also developed an electric rally car, so its electrification agenda is targeting pretty much all segments of the market.

Opel is one of the 14 brands underneath Stellantis’ umbrella, which will switch to four electric-centric platforms going forward: