Better late than never, Audi USA has announced plans to sell the tri-motor E-Tron S and E-Tron S Sportback after the European division unveiled the high-performance electric SUVs back in June 2020. With two e-motors at the back and another one powering the front wheels, these hotter S versions offer Quattro all-wheel drive and a combined output of 496 hp and 718 lb-ft of torque.

It’s worth noting the maximum power is available only in boost mode, which lasts just eight seconds. In normal mode, the three electric motors produce a total of 429 hp and an instant torque of 596 lb-ft, which isn’t too shabby. You’ll want the boost mode on for the quickest acceleration possible, with the sprint to 60 mph taking a mere 4.3 seconds.

Feeding the three electric motors is a fairly large lithium-ion battery pack with a 95-kWh capacity that can be charged at up to 150 kW. Doing so will replenish the battery from 5% to 80% in less than half an hour provided you’re using a level 3 DC public fast charger. With the battery full, the E-Tron S can travel for 208 miles whereas the Sportback S covers 212 miles thanks to its slightly more aerodynamic body. 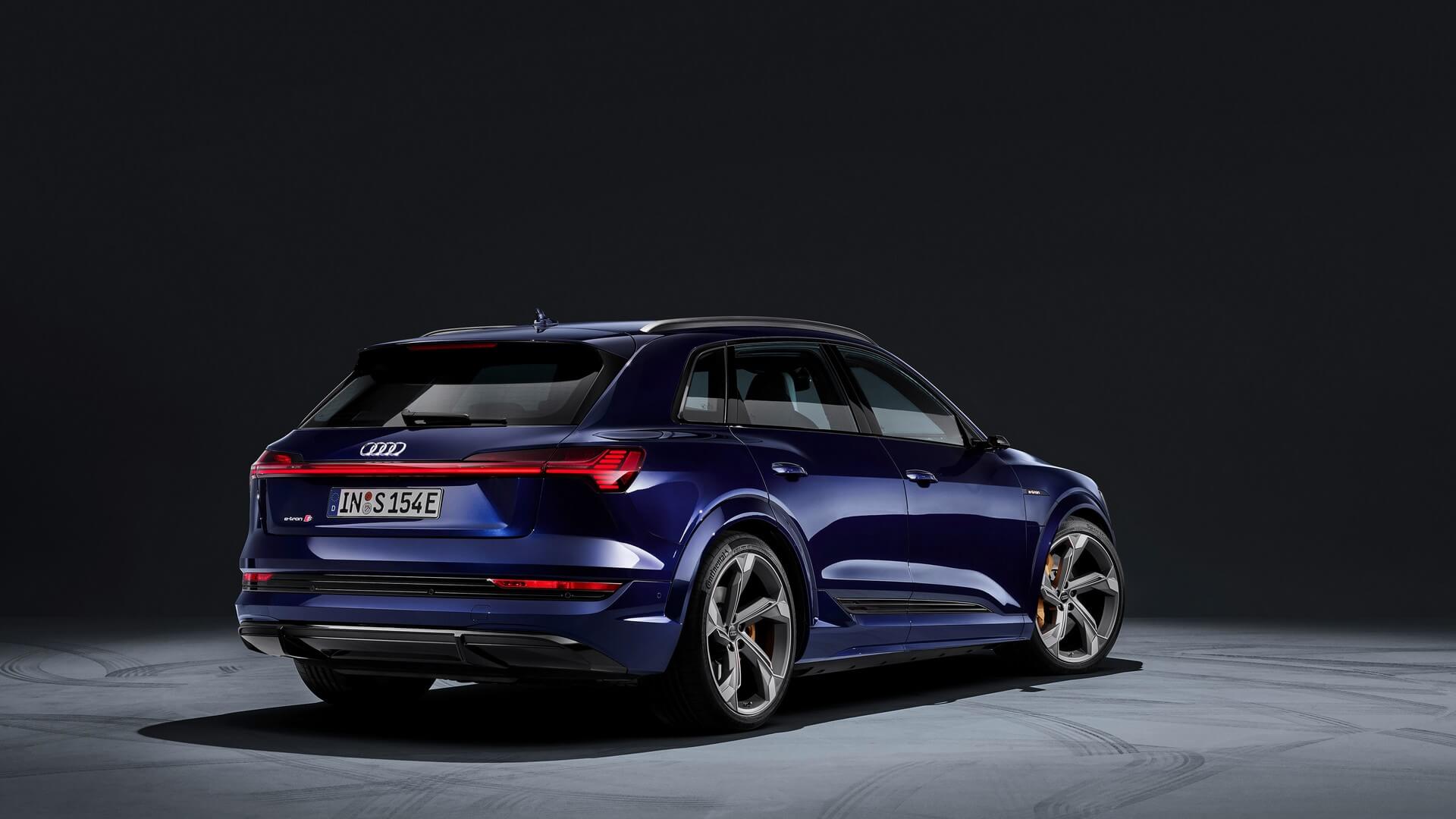 As standard equipment, both performance-oriented electric SUVs get adaptive air suspension and six-piston brake calipers at the front axle. To sweeten the deal, Audi USA is offering a towing package that bumps the E-Tron S models to a rated capacity of 3,300 pounds.

Manufactured in a carbon-neutral factory at the Brussels factory in Belgium since mid-2020 for the European market, the Audi E-Tron S and E-Tron S Sportback will be available in the US this fall. The conventionally styled model starts at $84,800 for the base Premium Plus and rises to $89,800 for the better-equipped Prestige. Its equivalent Sportback sibling commands a $2,600 premium for both trim levels.

These new models are part of Audi USA’s efforts to electrify about 30% of its lineup by the middle of the decade. A facelifted version of the E-Tron is rumored to get more efficient motors and battery pack for a greater range in 2023, but nothing is official at this point.