Peugeot introduced the third-generation 308 hatchback back in March 2021 and announced a couple of weeks later there would eventually be a fully electric derivative. Fast forward to January 2022, the French marque part of the Stellantis automotive conglomerate is now releasing comprehensive technical specifications of what will be known as the e-308.

To be offered in both hatchback and wagon body styles, the compact model without a combustion engine is going to be a front-wheel-drive-only affair. Power will be provided by an electric motor rated at 154 hp and 199 lb-ft (270 Nm) of torque sent to the front wheels. It’s going to be a tad more powerful than the smaller e-208, but that’s to be expected given its increased curb weight. Speaking of which, Peugeot says it will tip the scales at about 1,600 kilograms (3,527 pounds) or roughly the same as the already available plug-in hybrid model.

With a gross capacity of 54 kWh and a usable capacity of 50 kWh, the Peugeot e-308’s battery pack will be just 4 kWh bigger than the one used by the smaller electric supermini. It will support charging at speeds of up to 100 kW and will have enough juice for a maximum range of approximately 250 miles (402 kilometers) per the WLTP cycle. 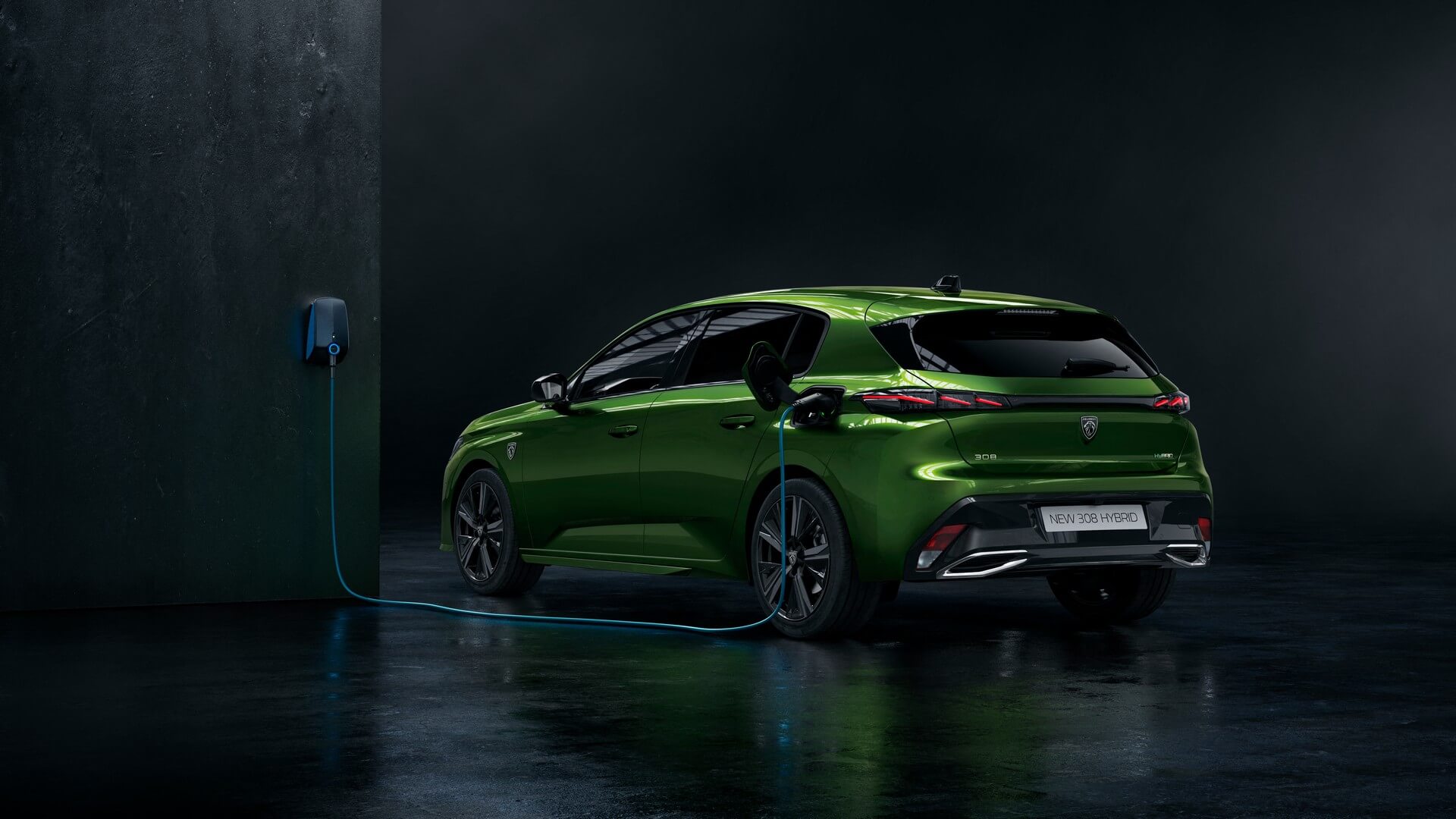 Peugeot 308 brand project manager told Autocar the zero-emission version will benefit from a newly developed NMC811 battery chemistry for greater efficiency representing “the best among the competition”: 12.4 kWh per 100 kilometers or five miles per kWh.

The range number is low considering the Volkswagen ID.3 can travel for as much as 340 miles (549 kilometers) on a single charge. However, the gap between the two is understandable when you take into account the Peugeot e-308 won’t be a dedicated EV since it will use an electric adaptation of the platform shared with the gasoline and diesel models.

The company with the lion badge says it will put the e-308 into production in July 2023. It’s one of the many EVs coming later this decade ahead of 2030 when Peugeot will become purely electric in Europe.