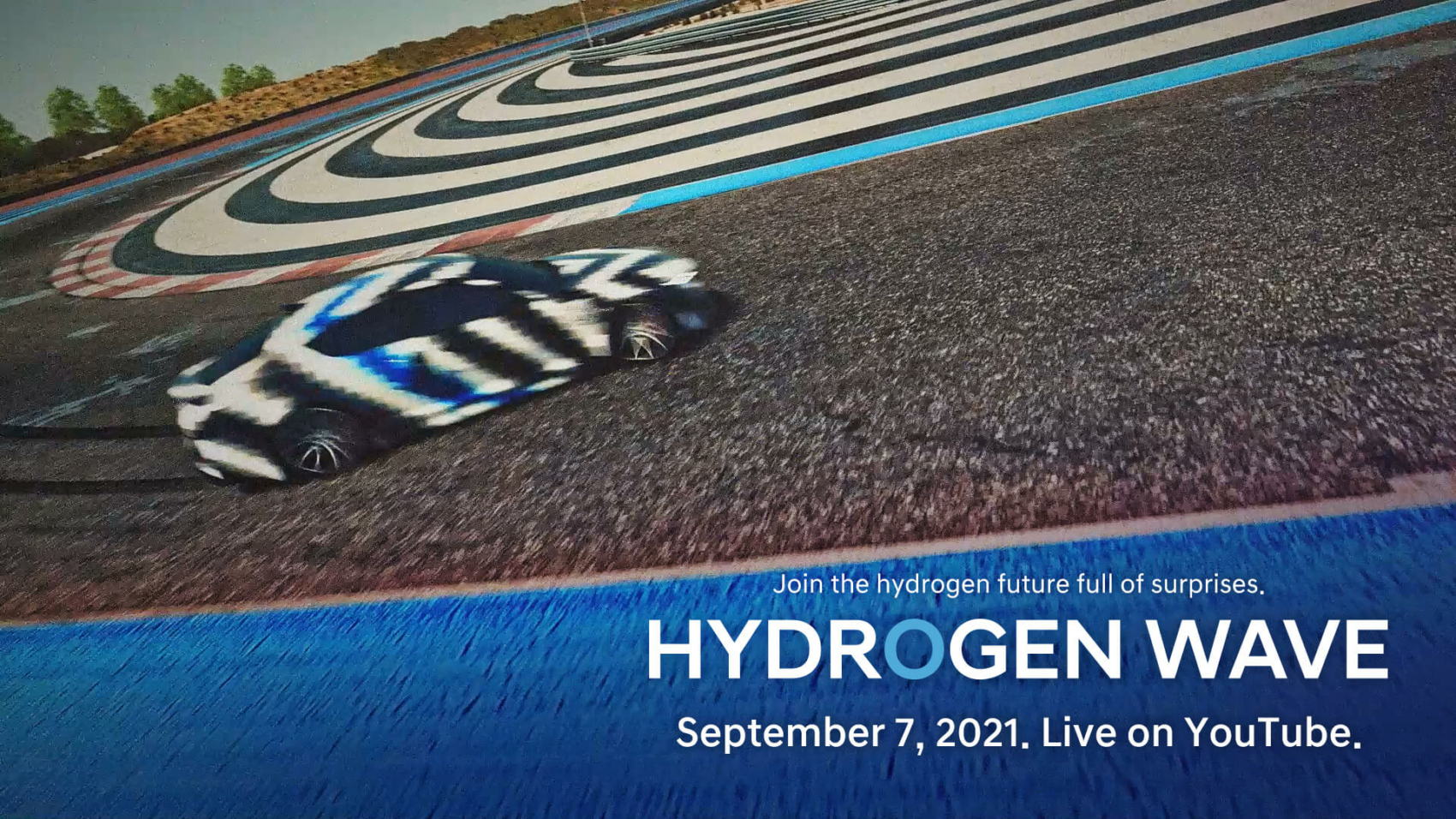 Many industry experts argue hydrogen technology has no future in the EV era due to the lack of a fueling infrastructure and how expensive it would be to create one. However, there are still a few brands determined to invest time and resources in the development of fuel cells. One such automaker is Hyundai, which has nearly 25 years of experience as a dedicated research team for Fuel Cell Electric Vehicle (FCEV) was created back in 1998.

The South Korean brand behind the ix35 and Nexo fuel cell cars and the Xcient large truck appears to be pressing ahead with hydrogen development and will outline its FCEV roadmap on September 7 during the Hydrogen Wave event. Hyundai touts “next-generation hydrogen fuel-cell systems and applications” to be presented during what it refers to as a global virtual forum to signal a new wave of fuel cell products and technologies.

While the announcement is not particularly exciting, a teaser image shows what looks like a sports car fitted with a fuel cell setup. There’s also a brief video depicting the vehicle being pushed hard around a race track. Hyundai isn’t willing to talk about it just yet, but it appears we’re dealing with a two-door coupe / liftback featuring a short nose and beefy front brakes with red calipers like you’d find on an N-badged performance Hyundai.

The car appears to be fully camouflaged and it should be noted a prototype feeding on hydrogen doesn’t necessarily mean Hyundai will actually launch a production version. It could simply be a technology demonstrator to showcase a fuel cell vehicle that can be exciting, much like Toyota is trying with its second-generation Mirai, now a much more interesting rear-wheel-drive sedan.

While the teaser raises more questions than answers, September 7 is less than two weeks away, so we won’t have to wait much longer to find out how Hyundai plans to tackle hydrogen tech in the future.