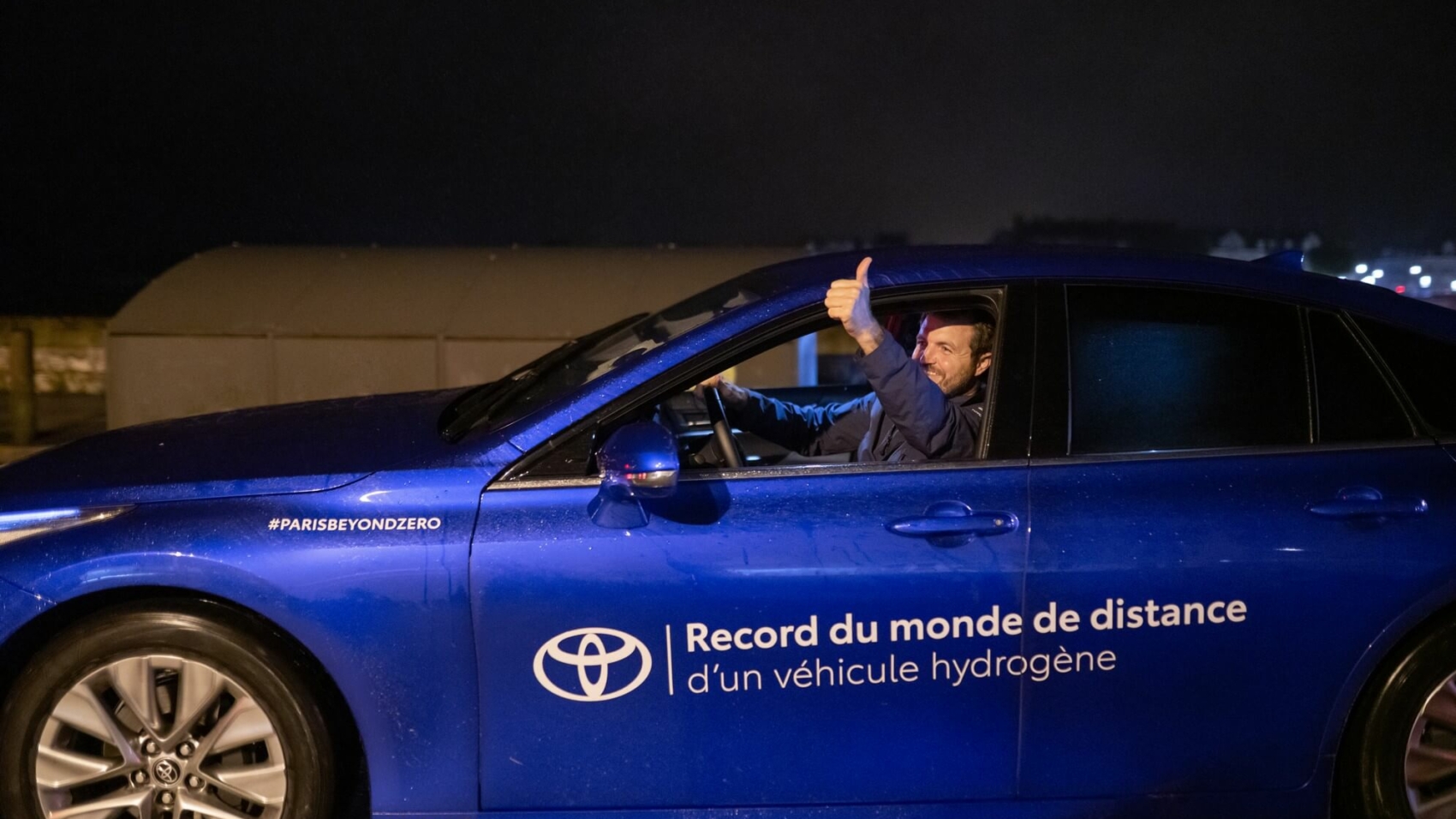 Range anxiety is becoming less and less of an issue with conventional electric vehicles as battery tech is evolving at a rapid pace. With the Mirai, Toyota is proposing a different type of an EV as its Mirai sedan relies on hydrogen fed to an electric motor to provide propulsion. In a bid to prove a fuel cell car can cover extended distances comparable to a diesel-fueled vehicle, a second-generation Mirai entered the automotive equivalent of a marathon to set a new world record for the longest distance driven with one fill of hydrogen.

The trip kicked off last Wednesday, May 26, at 5:43 in the morning from the HYSETCO hydrogen station in Orly, France where the Mirai embarked on what was about to become a record-breaking trip. The large rear-wheel-drive sedan was able to cover an impressive 1,003 kilometers (623 miles) before its three cylindrical tanks storing a total of 5.6 kilograms of hydrogen were depleted.

During its extended trip, the Mirai averaged a fuel consumption of 0.55 kilograms / 100 kilometers and it was still showing 9 kilometers (5.6 miles) of range left after it arrived at its destination. The distance traveled and the fuel consumption registered during the journey were both certified by an independent authority.

Toyota mentions the Mirai was driven on public roads, specifically in south of Paris and in the Loir-et-Cher and Indre-et-Loire regions. As you can see from the adjacent videos, the car wasn’t exactly pushed to its limits, but the Japanese automaker claims that aside from an “eco-driving” style, no other special techniques were used by the four drivers.

Following its record run, Toyota mentions it refueled the Mirai in less than five minutes from a 700-bar refueling station. This goes to show a hydrogen car not only has a better range than a traditional EV, but it can also be refueled much quicker than any standard electric vehicle on sale today and comparable to a car equipped with a combustion engine.

That being said, hydrogen stations are few and far between around the world and it’s one of the reasons why Toyota is selling the Mirai only in select markets. This record run goes to show fuel cell tech certainly has great potential, but it remains to be seen whether hydrogen cars will take off. BMW is also investing in fuel cells, while Jaguar Land Rover has expressed its commitment to developing the technology.