The Ford Mustang Mach-E went on sale towards the end of last year and it’s already facing a second recall. After calling into the shop a small number of electric SUVs in March because of defective subframe bolts, the Blue Oval has now issued a more significant recall that affects no fewer than 38,714 units. The problems stem from improperly bonded sunroofs and windshields, which in a worst-case scenario, could simply detach from the vehicle.

Of the Mustang Mach-Es recalled, Ford says only 27,318 units have problems with the sunroof, but all of them need a windshield replacement. Thankfully, the company is not aware of any incidents or injuries that might have occurred caused by the improperly bonded sunroof and/or windshield. A company spokesperson has told Automotive News the problematic vehicles were all assembled between February 24 and June 18 and that Ford dealers will replace the windshield and sunroof, free of charge.

The recall reinforces the opinion that many people have about avoiding the first model year of a vehicle, especially if the car in question is an all-new model as is the case with the Mustang Mach-E. It is a bit embarrassing for such a high-profile to face a fairly large recall, as while the number itself is not huge, it’s worth mentioning the electric SUV has been in series production for less than a year. 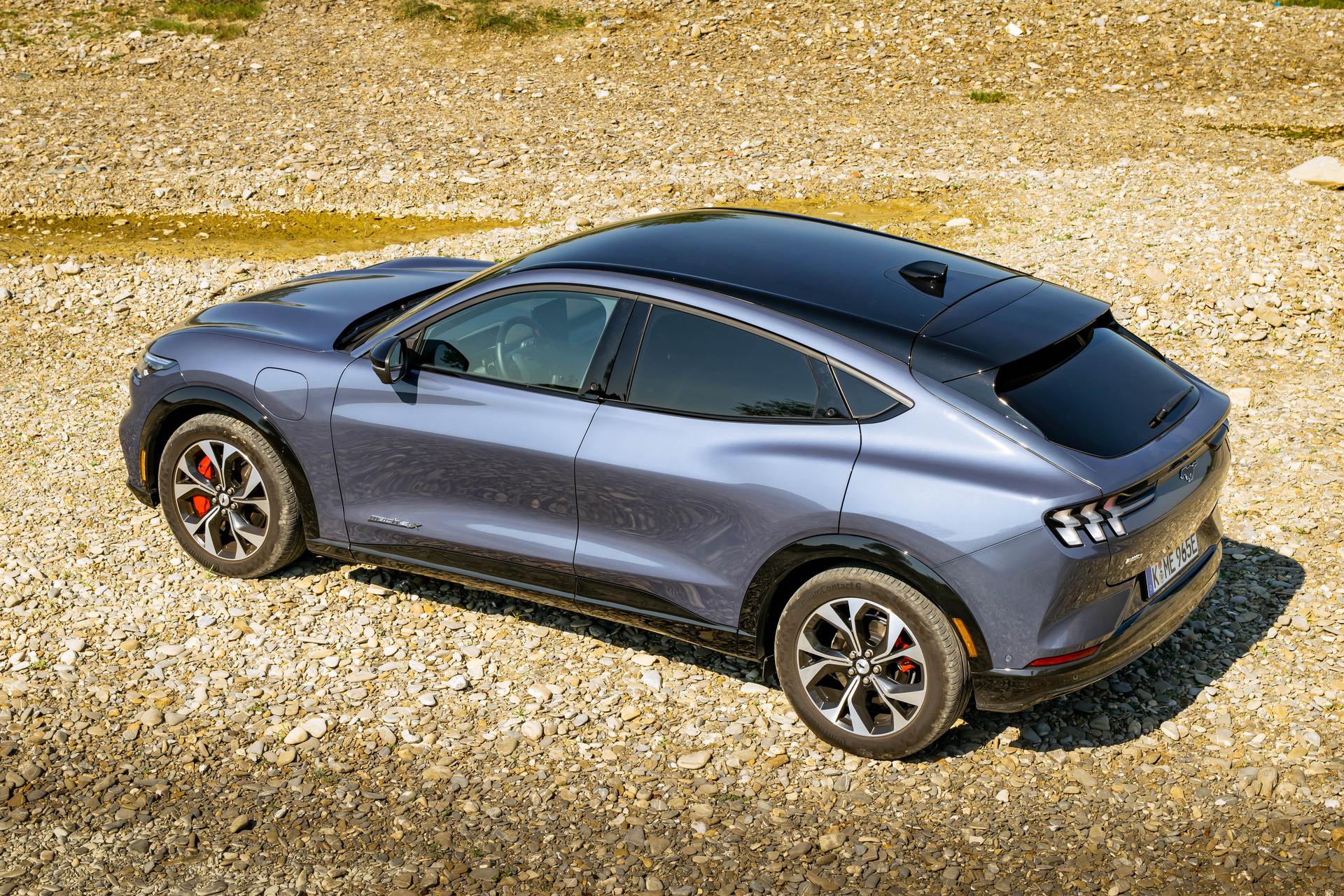 Seeing the glass half full, Ford has vowed to make the Mustang Mach-E better with time, promising over-the-air updates that will bring quicker charging and better range. We’re hoping build qualities will also be addressed, especially since the much-hyped Bronco off-road SUV also has some issues with its roof.

Meanwhile, Ford is working on another bespoke EV that will ride on the Volkswagen Group’s MEB platform. It’s due to hit the market in 2023 and will be assembled at the firm’s Cologne plant in Germany. Rumor has it the EV will take the shape of a crossover, presumably smaller and cheaper than the Mustang Mach-E.